Dozens of the latest and most advanced business aircraft will be on display at the 2020 European Business Aviation Convention & Exhibition (EBACE2020) in May.

Taking place from May 26 to 28 in Geneva, Switzerland, EBACE2020 will bring together business leaders, government officials, manufacturers, flight department personnel and all manner of people involved in nearly every aspect of business aviation.

The show’s aircraft display at Geneva International Airport, adjacent to the Palexpo convention centre, will include the latest offerings from renowned European manufacturers such as Airbus, Daher, Dassault Falcon Jet, Diamond Aircraft and Pilatus, as well as global aircraft OEMs including Boeing Business Jets, Cirrus, Gulfstream and Textron Aviation.

“We expect a wide range of new and pre-owned business aircraft of all sizes and for all missions, with all the major OEMs displaying their fleets,” says Joe Hart, NBAA director for static displays. “No other event in Europe allows business aviation professionals or end-users to see the extensive variety of aircraft types that attendees will find at EBACE.”

Due to the popularity of the aircraft display, Hart encourages attendees to reach out now to manufacturers’ representatives to arrange viewing appointments of their preferred aircraft during the show.

“Many of these aircraft are in extremely high demand,” he says. “No one should miss this opportunity to closely examine the aircraft that best suit their mission.”

The EBACE2020 Aircraft Display is also expected to feature a surprise or two. “That includes aircraft you wouldn’t really expect to see at an event like EBACE,” Hart hints.

The event had the first-ever Innovation Pavilion where three different electric vertical takeoff and landing (eVTOL) aircraft and concepts from FACC AG, MAEM and Pegasus were showcased. Next to this display, the Innovation Zone hosted a panel presentation on eVTOL and the urban air mobility revolution.

“Business aviation continues to change right before our eyes, and here at EBACE, we have seen and touched the industry’s future,” said NBAA President and CEO Ed Bolen. “We’re inspired by a vision of sustainable flight, urban air mobility and other game-changing innovations.”

Of the 58 aircraft on the sold-out outdoor display, 23 arrived powered by sustainable alternative jet fuel (SAJF), as part of the inaugural EBACE SAJF “fly-in”, a milestone in demonstrating the industry’s support for development and adoption of the fuel. 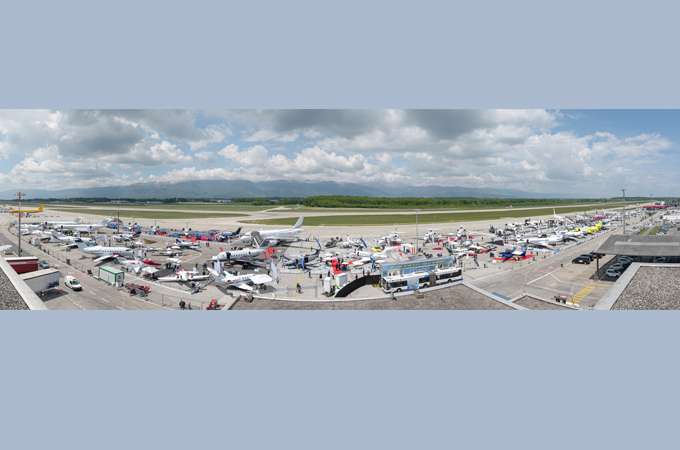 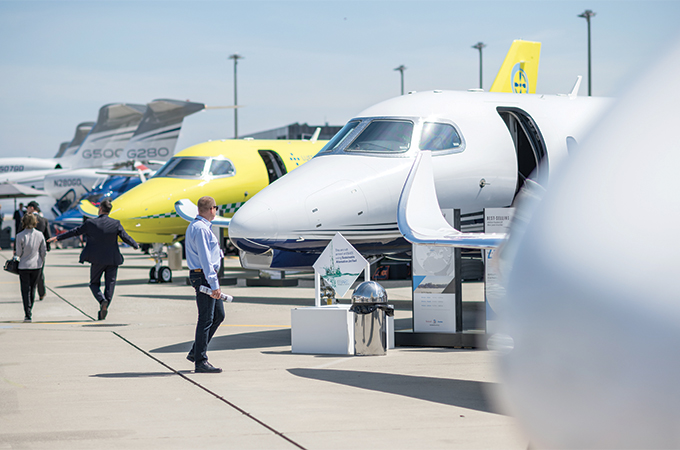 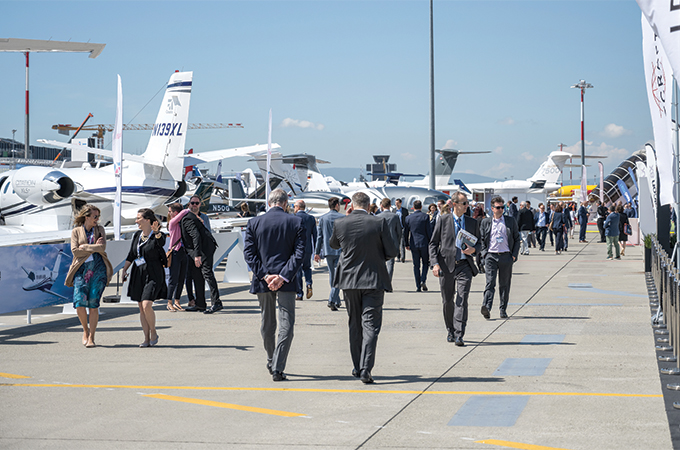 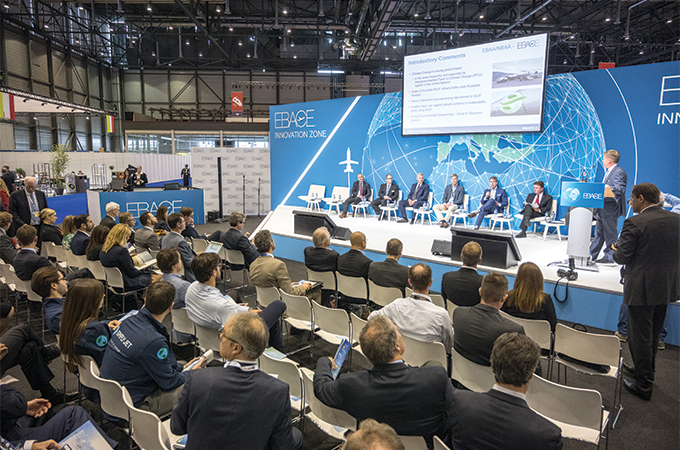 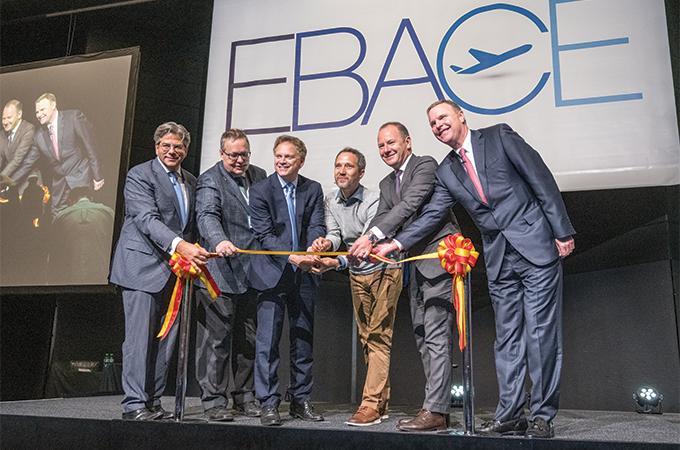 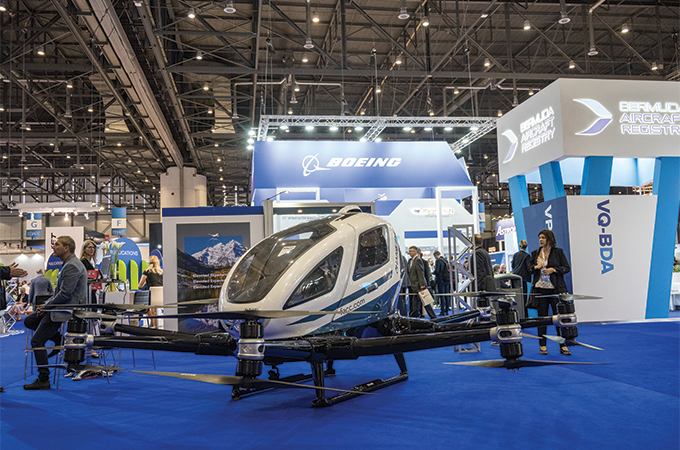 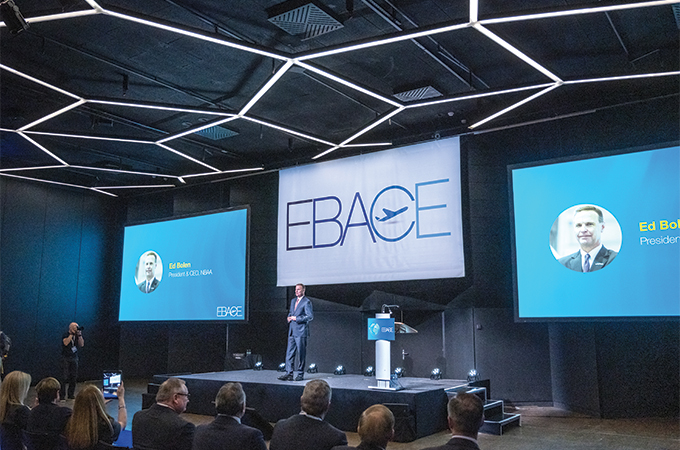 "
‘We expect a wide range of new and pre-owned business aircraft of all sizes and for all missions, with all the major OEMs displaying their fleets’