Exclusive luxury mansions and penthouses at a Bulgari resort being built on an island off the coast of Dubai in the UAE have been revealed.

While the apartments range from one to four bedrooms within six free standing buildings, the mansions offer a variation of three to six bedrooms.

In addition to common areas such as landscaped gardens, swimming pools and gymnasiums, residents can enjoy a host of dining and sporting options on site, including the 50-berth marina and Bulgari Yacht Club, and benefit from the “unmatched service” of the adjacent resort.

Designed by Italy’s Antonio Citterio Patricia Viel and Partners, the residences will be the first-of-its-kind master development in scale and magnitude, according to the developers.

It will offer efficient living spaces with the brand’s signature style evident in every detail – “whether inside the home, in the common areas or within the wider community”.

A 12m x 8m model of the project was unveiled at the media briefing.

“Bulgari Residences Dubai is not a regular development with branded elements. It is truly the first of its kind created from pre-concept, with the intention of translating the visions of both the primary stakeholders into an extraordinary man-made marvel,” says Hosny.

“The UAE and more particularly Dubai have proven to be exceptionally attractive for major luxury brands to set up and showcase themselves to the region’s potential customer base. Additionally, Dubai has demonstrated a strong track record for constantly and continuously being the first in the region to introduce new and appealing high-end, superlative developments. Demand for prime property will continue to rise – and as the market matures, expectations will rise for qualitative, detail-focused and refined finished products. As that demand grows, investment in such developments will also surge.”

“We are proud of the partnership with Meraas in bringing the Bulgari brand signature contemporary Italian style to Dubai, where we see great demand for such high-quality developments,” says Ursini. “In 2017, upon completion of the project, the resort and residences will serve our international niche audience looking for the most exclusive experience.”

Antonio adds: “I am honored to work with such great brands that are recognizable on both the international and regional level. Our seamless collaboration with the two esteemed groups has allowed us to perfect all aspects of the design, to transform both visions into reality and I am proud to present to you a glimpse of what is to come.”

Antonio has handled the architectural and interior design of all Bulgari hotels worldwide including the Dubai project.

The launch of the residences follows an earlier announcement about the resort as part of the agreement signed in May 2014 by Meeras Chairman Abdulla Al Habbai and Bulgari CEO Jean-Christophe Babin. The partnership was signed at Bulgari's historic flagship store in Rome, which dates back to 1905.

The Bulgari Resort Dubai at Jumeira Bay Island is the fifth Bulgari property in the world and will comprise 101 rooms and suites in the main hotel buildings, as well as 20 hotel villas and a full range of luxury hotel facilities.

The resort, also designed by Antonio, will offer a mix of traditional and modern themes through the juxtaposition of new and conventional architecture, aptly reflecting the design and style of the surrounding area.

Characterised by its efforts to create perfect harmony with nature through its unique architectural style, the residences aim to seamlessly integrate the physical elements present on the island, the developers say. For instance, while the ubiquitous use of limestone is reminiscent of the golden sands of the desert, it also harks back to the timeless sculpted architecture of Southern Italy,

Limestone has also been generously used in the boundary walls of the development, while the podiums are similarly clad in golden limestone. In addition, the lava stone and basalt paving create a sophisticated graphic contrast for public space - that in architectural terms makes up the ‘inner’ urban environment.

The entire development is scheduled for completion in 2017. 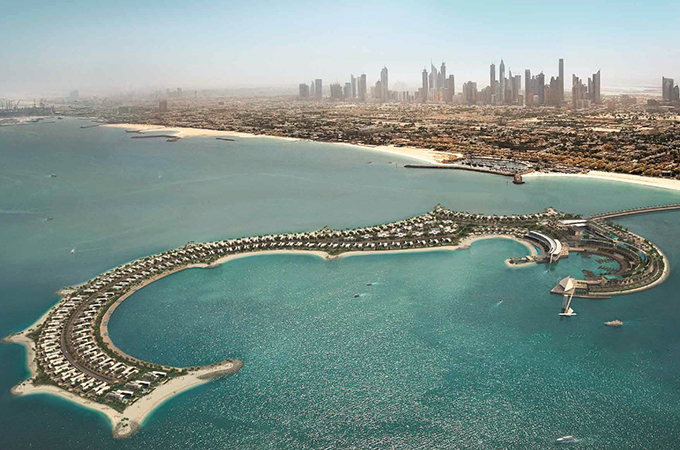 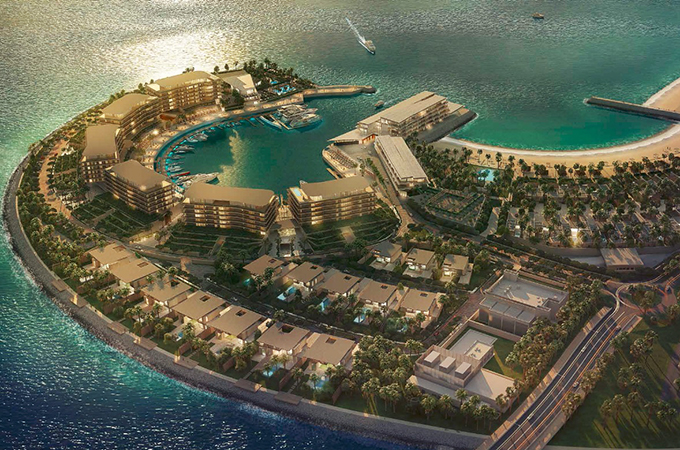 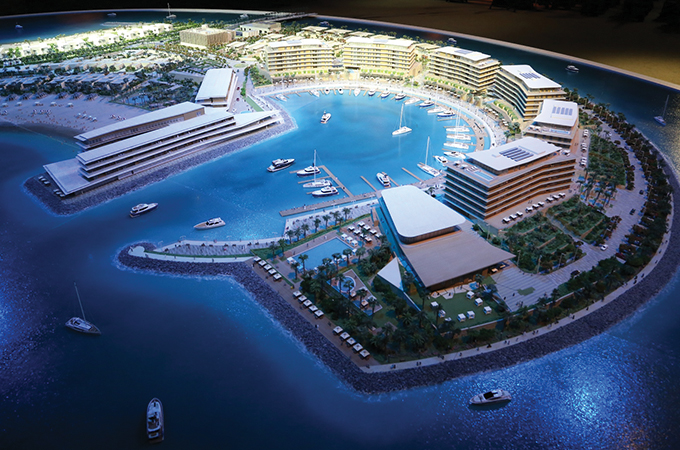