An exhibition focusing on the abstract art in the Middle East and beyond will be held in New York from January. All of the artworks for the show will come from the collection of theBarjeel Art Foundation, based in Sharjah.

Taking Shape: Abstraction from the Arab World, 1950s–1980s explores the development of abstraction in the Arab world via paintings, sculpture, and works on paper dating from the 1950s through the 1980s.

By looking critically at the history and historiography of mid-20th century abstraction, the exhibition considers art from North Africa and West Asia as integral to the discourse on global modernism. At its heart, the project raises a fundamental art historical question: How do we study abstraction across different contexts and what models of analysis do we use?

Examining how and why artists investigated the expressive capacities of line, colour, and texture, Taking Shape highlights a number of abstract movements that developed in the Middle East, North Africa, and West Asia, as well as the Arab diaspora. Across these regions, individual artists and artist collectives grappled with issues of authenticity, national and regional identity, and the decolonisation of culture.

Drawn from the collection of the Barjeel Art Foundation based in Sharjah, UAE, the exhibition features nearly 90 works by a diverse group of artists such as Etel Adnan, Shakir Hassan Al Said, Kamal Boullata, Huguette Caland, Ahmed Cherkaoui, Saloua Raouda Choucair, Rachid Koraïchi, Mohamed Melehi, and Hassan Sharif, among others. On view are works produced by artists from countries including Algeria, Egypt, Iraq, Jordan, Kuwait, Lebanon, Morocco, Palestine, Qatar, Sudan, Syria, Tunisia, and the UAE. Curated and organised by Suheyla Takesh, Curator at the Barjeel Art Foundation, and Lynn Gumpert, Director of the Grey Art Gallery at New York University, the exhibition will be on view from January 14 through April 4, 2020.

Taking Shape investigates the principles and meaning of abstraction in the context of the Arab world during the 1950s through the 1980s, a period that was significantly shaped by decolonisation; the rise and fall of Arab nationalism(s); socialism; rapid industrialisation; multiple wars and subsequent mass migration; the oil boom; and new state formations in the Arab/Persian Gulf. By the mid-20th century—and in parallel to growing opposition to Western political and military involvement in the region—many artists in the Arab world began to adopt a much more critical viewpoint toward culture, striving to make art relevant to their own political, cultural, and historical contexts. New opportunities for international travel during these years, and the rise of the circulating exhibition, also gave way to new forms of cultural and educational exchanges that allowed artists to encounter multiple modernisms—including various modes of abstract art—and to consider the role of the artist in the contemporary international landscape.

“Via a critical examination of abstraction in the collection of the Barjeel Art Foundation, the exhibition invites a (re)consideration of the attribution of abstraction’s emergence to a single historical moment,” Takesh explains. “In its own way of emulating the artistic practices of the time, the exhibition is also a vantage point on how contemporary discourse on global modernisms and decentralized genealogies of abstraction is unfolding or, in a nod to the title of the show, taking shape.”

Lynn Gumpert adds: “The Grey Art Gallery takes great pride in partnering with the Barjeel Art Foundation. It is very appropriate that, as a university museum, the Grey broadens vistas and looks closely at art made over the four decades in question by individuals that come from so many different nations, with different belief systems and histories. We chose an exhibition title, Taking Shape, that recognises and conveys to the public that our approach to abstraction in the Arab world is not static—even with regards to the art of this defined time frame—but is, rather, information.”

After debuting at the Grey Art Gallery at New York University, Taking Shape will travel to the Mary and Leigh Block Museum of Art, Northwestern University, where it will be on view from April 28 through July 26, 2020, and then to the Herbert F. Johnson Museum at Cornell University from August 22 through December 13, 2020. In 2021 the exhibition will travel to the McMullen Museum of Art at Boston College, where it will be displayed from January 25 through June 6, and will shortly thereafter be on view at the University of Michigan Museum of Art from June 25 through September 19, 2021. 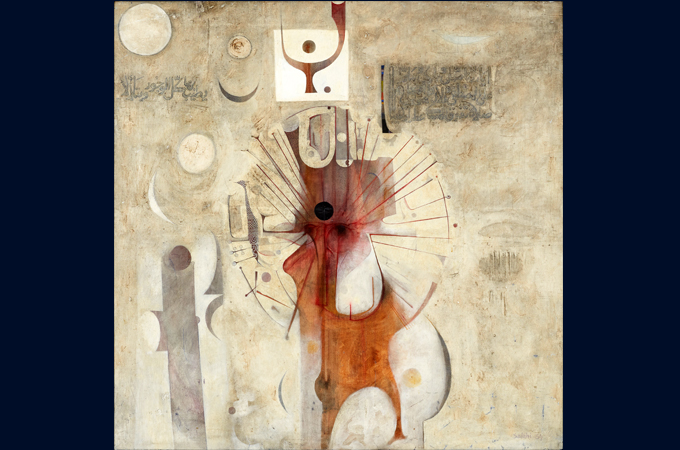 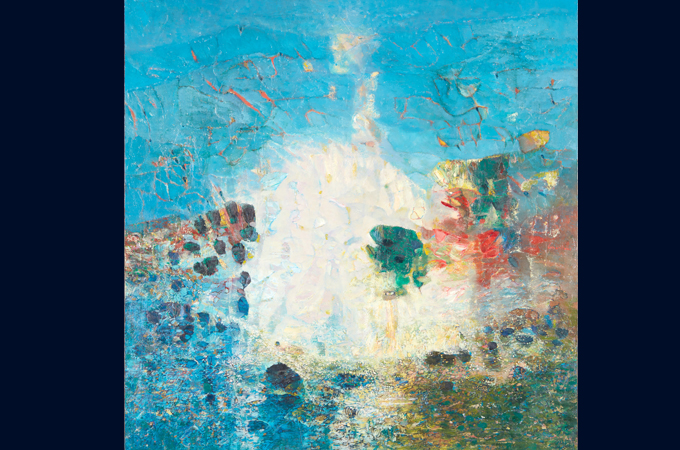 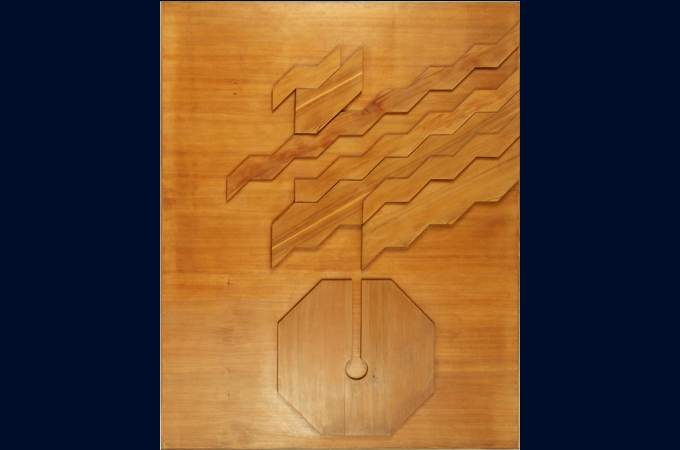 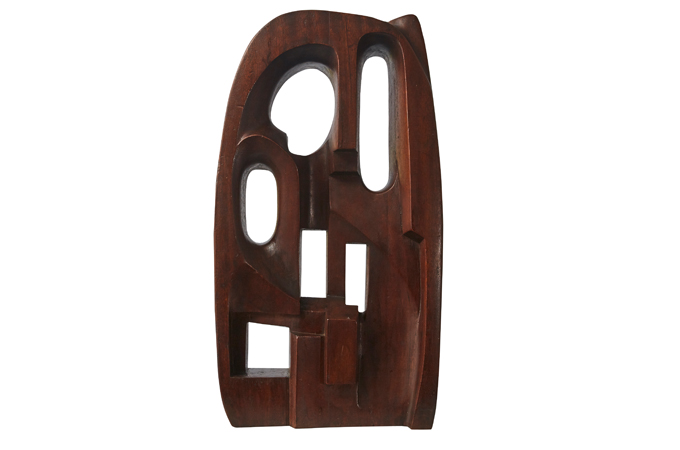 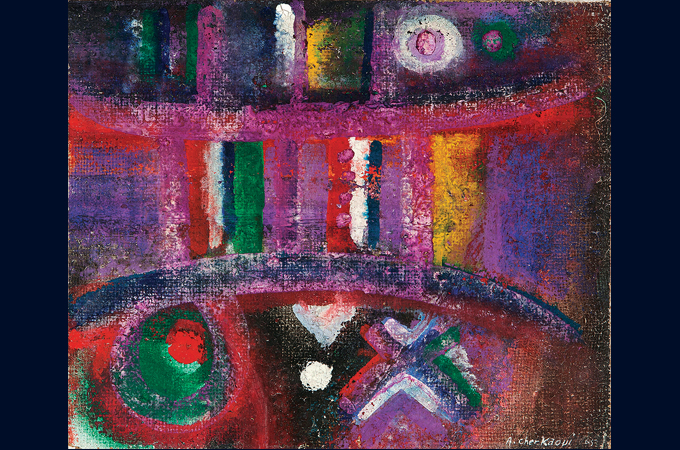 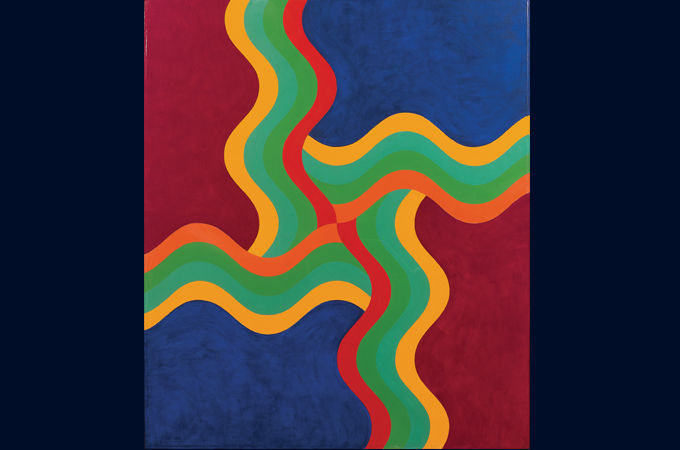