Dubai Airshow 2019 was officially opened this afternoon (November 17) with 1,288 exhibitors taking part. More than 87,000 trade visitors are expected to visit the show over the next five days.

Also in attendance was Crown Prince of Dubai Sheikh Hamdan bin Mohammed bin Rashid Al Maktoum, who joined his father for the start of an inaugural tour of the site.

Hala Zarganie, who is the first Emirati engineer to be hired by Lockheed Martin in the UAE following an internship, spoke to His Highness along with a group of Emirati interns about the work of the firm’s Masdar City-based Center for Innovation and Security Solutions (CISS).

Highlighting the importance of the facility’s work, the firm’s Middle East chief executive Robert Harward said: “Lockheed Martin’s biggest investment in the UAE is in its human capital.”

His Highness also met exhibitors at the Yuzhnoye Design Office from Ukraine, the UAE Ministry of Defence, Boeing and Mubadala.

Presenting Sheikh Mohammed with a special patch commemorating the launch of the Endeavour Scholarship programme, whose first recipients will be announced tomorrow, Kallman said: “Our pavilion is not just about hardware and military equipment. We presented Sheikh Hamdan with a patch to mark our Endeavour Scholarship, whereby four Emirati students and two teachers are being flown to the United States to attend space camp in Huntsville, Alabama. In partnership with the UAE space agency, those students were selected and the patch was created to commemorate that.”

Meanwhile, Colonel Worden presented HH Sheikh Hamdan with a commemorative coin made from the spaceship’s metal fuselage, similar to one presented to HH Sheikh Mohammed bin Rashid in 2017.

Sheikh Hamdan also paid a visit to the India Pavilion, a new addition to the international event’s roster of country exhibits, as well as stands from Lufthansa Technik, the UAE Space Agency and the UK Defence & Security Organisation. 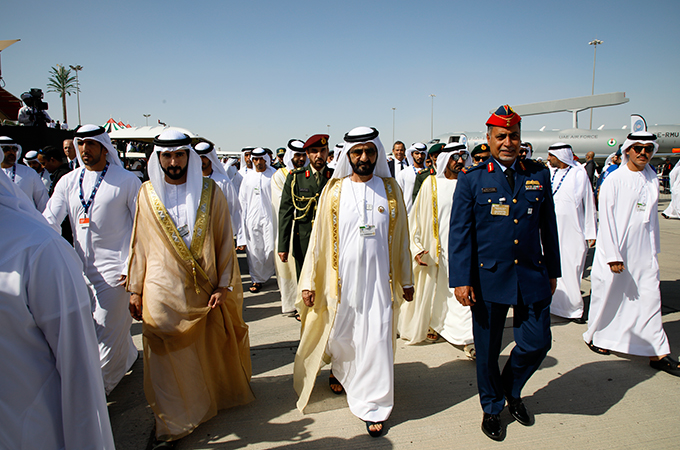 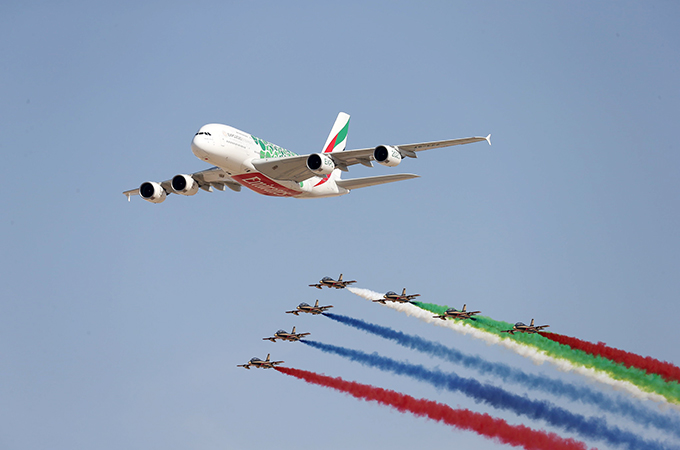 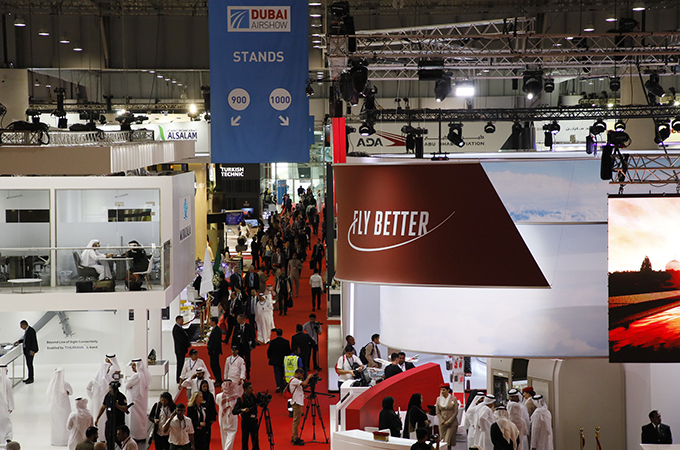 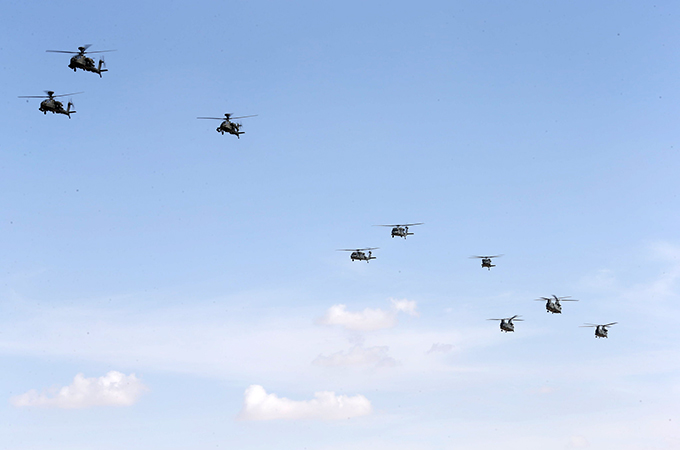 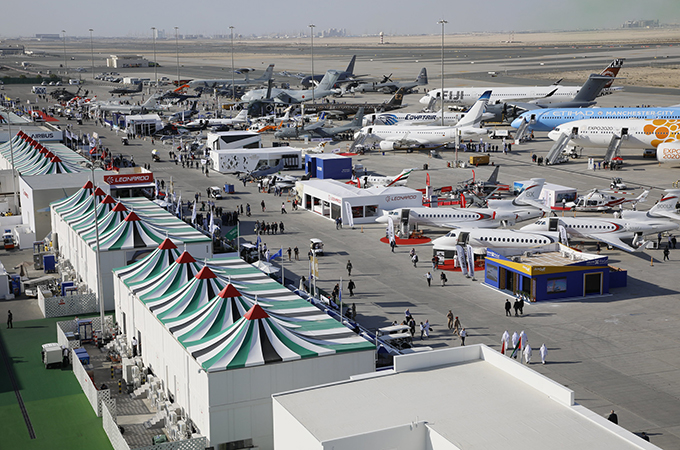 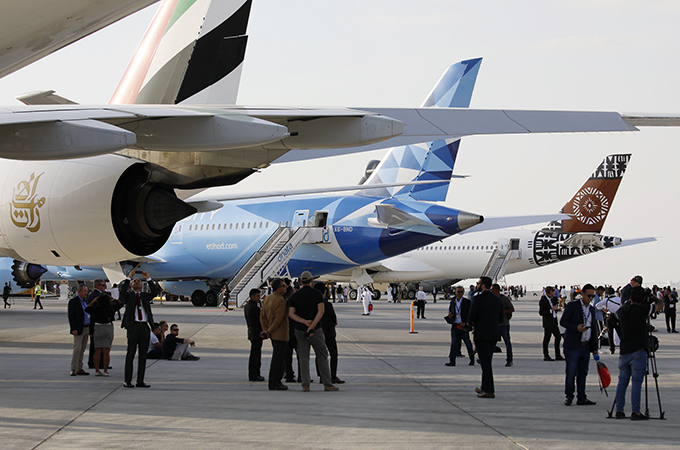 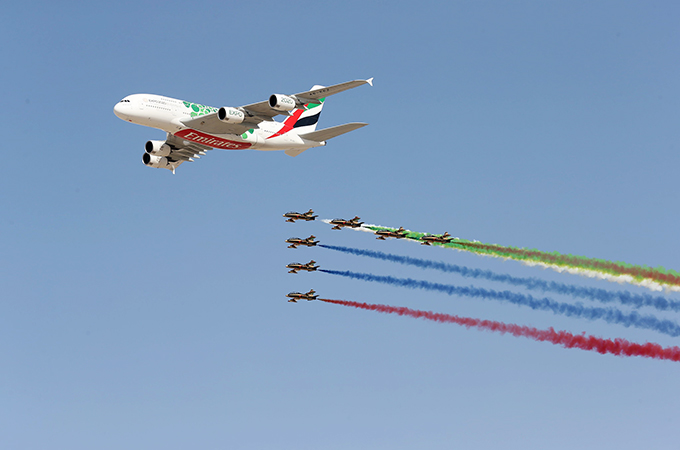 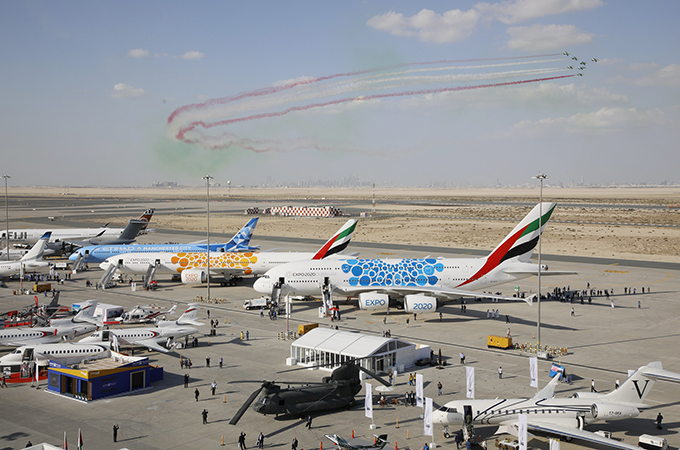