Bey was a remarkable figure who combined his life as an artist with a career as a public administrator in the Ottoman bureaucracy, an archaeologist and – as Director of the Imperial Museum, and founder of the Istanbul Archaeological Museum – a pioneer of the profession of museum curator in Turkey. He also founded the Istanbul Museum of Fine Arts.

Trained initially as a lawyer, Bey embraced painting while completing his law studies in Paris in 1860. He studied painting under the great French orientalists Jean-Léon Gérôme and Gustave Boulanger. He exhibited at the 1867 Paris Exposition Universelle and continued to paint throughout his life despite his many public duties.

Bey’s paintings reflect his years of study with Gérôme and Boulanger, but as the leading travel writer and authority on the Muslim world Barnaby Rogerson writes in the current edition of Bonhams Magazine: “In his works, he was not throwing together random picturesque objects, but composing a loving tribute to his homeland which for centuries had created dazzling ceramics, textiles, buildings, carpets, gardens and texts that his paintings assembled.”

Bonhams Head of 19th Century Art, Charles O’Brien added: “Young Woman Reading is a wonderfully serene and enigmatic work that has been in the same family for the past 45 years. Paintings by Osman Hamdi are rare at auction, and this picture’s appearance in our September sale is already generating a great deal of interest among collectors.”

At Bonhams 19th Century European, Victorian and British Impressionist Art in February, two paintings by Deutsch, At The Mosque and Respect sold for £560,750 and £512,750, respectively. 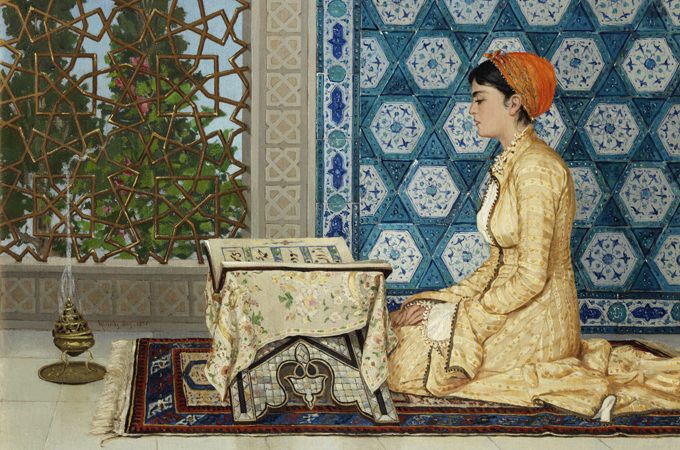 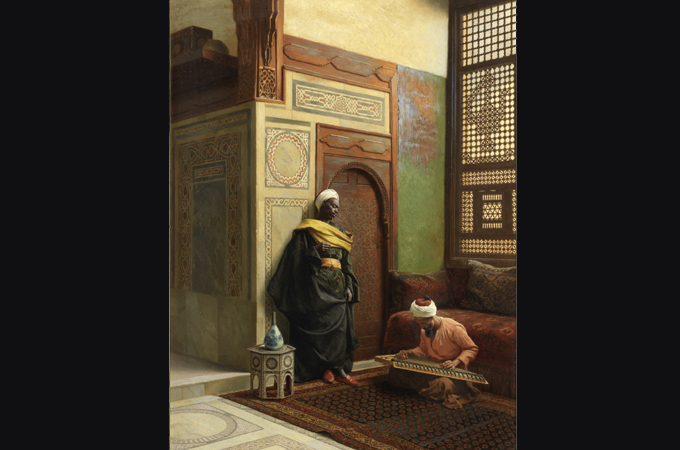 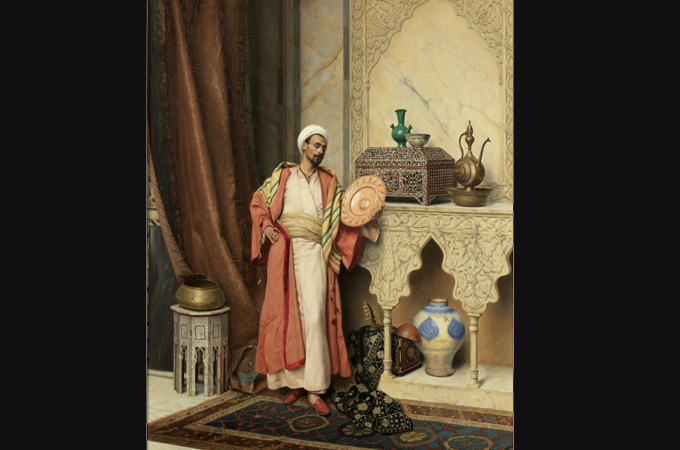