Expo 2020 will be a game-changer for the Middle East’s private jet and air charter business, according to a leading independent private jet charter broker.

Private Jet Charter (PJC) said that the UAE city of Dubai is investing significantly in new aircraft and airport expansion in preparation for the landmark event and private jet business is expected to be a “big beneficiary”.

PJC said that at Expo 2020, many wealthy and VIP visitors will be using private jets to visit the show, especially since commercial airlines will be “as busy as ever due to this phenomenal event that takes place once in five years”.

The company also said there was no threat of overcapacity, pointing out to an Alpen Capital (ME) report which said that Dubai is now the world’s fourth busiest airport for international passenger and cargo traffic.

Ross Kelly, Managing Director for Middle East, PJC, said: “Our operations are growing at a rapid pace. There has been no high demand for private jet business in the region for the past two decades. VIPs are now more aware there are alternative ways of travelling between various destinations without all the hassle and time-wasting in airports.”

PJC projects accelerated growth in years to come with the tremendous potential that exists in this region.

“Private jet business lacks awareness in the Middle East, which clearly demonstrates its high potential. The infrastructure is developing at a fast pace, the technology is now more devoted to serve passengers at airports, but not many people are aware that this kind of travel is not prohibitively expensive, compared to commercial flights,” added Kelly.

“Renting a private jet today is much more cost-effective and personalised. Users can find a private jet and rent it while it is on its way to a nearby destination. This eliminates the costs of bringing the flight from its home destination and then having to go empty on its return journey,” said Kelly.

PJC said it has introduced many such trends to the Middle East region and is continually expanding its loyal client base.

“Expectations are high for Expo 2020, as the event will dominate the globe’s attention for six months. This should give an idea of how busy the private jet business would be during that period,” concluded Kelly. 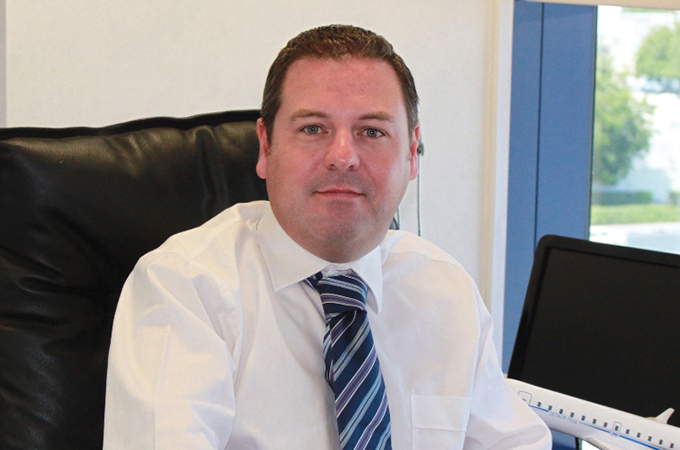