The world's aviation indsutry must not risk flight safety in pursuit of profits, delegates were told at a major conference in Dubai, UAE.

Held under the Patronage of Sheikh Ahmed bin Saeed Al Maktoum, President of Dubai Civil Aviation Authority, Chairman of Dubai Airports, and Chairman and Chief Executive Officer of The Emirates Group, the summit is being hosted by the DCAA and organised by the Streamline Marketing Group.

The importance of investing in aircraft and passenger safety emerged as a key area of discussion at the summit, which brought together regional and international aviation experts to share innovative techniques to improve safety in air travel and explore how global safety standards must be implemented.

“Aviation growth in the Middle East continues to regularly outpace growth in the global industry by an average of 5 to 10 per cent,” said Jeff Johnson, President of Boeing Middle East. “As air travel continues to expand, airlines and aircraft manufacturers must invest in modernising their aircraft fleet and technology to ensure greater safety for passengers and aircraft.”

“Cost should not be a consideration for airlines when it comes to the safety and security of their passengers,” said Hussein Dabbas, Regional Vice President, Africa and Middle East at The International Air Transport Association (Iata).

“Regulators must make it mandatory for airlines to invest in improving safety technology and systems – we owe it to our passengers, consumers and families,” he added. “If there is no pressure, the funds will be spent elsewhere.”

“Passengers are still unaware about what they should or should not carry on-board an aircraft,” he said. “Many still carry harmful items such as pesticides, chemical powders and even bullets.”

Other speakers and delegates joined in the conversation, emphasising that the relationship between risk and cost is not as simple as it appears. Maintaining the perception of low flying risk is also imperative to the growth of the industry among passengers.

“Demonstrating the return on investment for aviation safety is extremely difficult as the relationship between an action and its impact on safety is not linear,” added Dr Ashley Nunes, an independent industry analyst from France. “There are multiple layers of defences, checklists and automation that impact this causal relationship.”

“Despite all these issues, we must remember that airplanes are still the safest way to travel,” added Hussein Dabbas from Iata. “Last year, of the 3.3 billion passengers who travelled on airplanes across the world, there were only 12 fatal accidents from 38 million global flights. However, even one fatality is one too many.”

Experts also shared regional case studies on how the challenges of integrating and implementing new and existing safety procedures can be overcome.

Founded in 1997, Streamline Marketing Group has launched and manages a wide variety of B2B events across a broad range of industries. 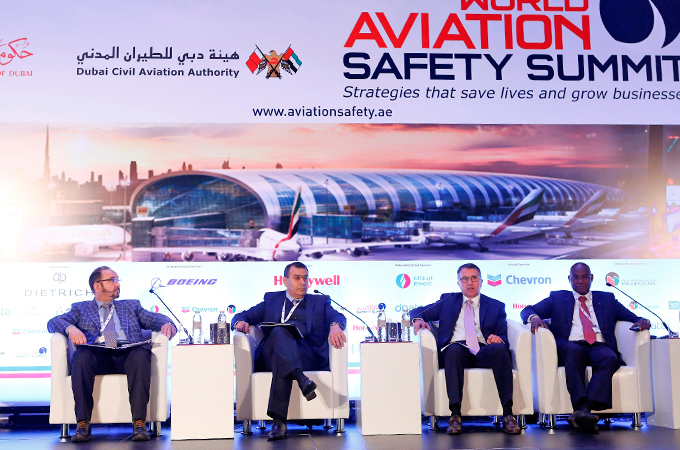