As many as 250 royal and aristocratic heirlooms from the four corners of the world will be offered at a Sotheby’s auction in London, UK, this week.

Following the success of last year’s Of Royal and Noble Descent sale, Sotheby’s London will present a further selection of 250 exceptional royal and aristocratic heirlooms on Tuesday, February 24.

Covering centuries of history and originating from the four corners of the world, including China, Latin America, Saudi Arabia and Europe, this sensational group of furniture, paintings and precious objects not only boasts royal and noble provenance, but also exemplifies the creativity and craftsmanship of their era, says Sotheby’s.

João Magalhães, Sotheby’s Specialist in Continental Furniture, says: “Having survived through inheritance, many of the lots in the sale have fascinating stories to tell and will appear on the market for the first time. This is an exciting auction covering a wide range of categories, including paintings, furniture, silver, decorative arts and jewellery.”

Here are some of the treasures to be auctioned:

A RARE SET OF 24 PORTRAITS OF ROMAN EMPERORS AND THEIR CONSORTS, TOGETHER WITH THE PERSONIFICATION OF ROME

Estimate £80,000-120,000 ($123,180-184,770)
This series of panels painted on grey marble derive from a set of 24 prints by the Flemish 16th century engraver Aegidius Sadeler II, of which the 12 portraits of the emperors were done after paintings by Titian. Portrait series showing Roman emperors and empresses were in high demand from the late 17th century onwards, mainly due to the increasing popularity of the ‘Grand Tour’ and these are particularly rare for being painted on marble.

Estimate £60,000-100,000 ($92,385-153,975)
Made by the Berlin maker M Fadderjahn circa 1903, this impressive model was presented to Prince Heinrich of Prussia (1862-1929), Inspector-General of the Navy and younger brother of German Emperor William II. It is a model of the warship SMS Kaiser Friedrich III which was launched in 1896 by the Emperor in person, in the name of his father, and was a lead ship of the Imperial fleet. Elaborate silver ship models like the present one were very popular as prestigious gifts for the German Empire’s high nobility and the high military command. However, only a few pieces have survived to this day.

Estimate £30,000-50,000 ($46,192-76,987)
This hardstone, coral and ivory-inlaid wood ruyi sceptre is accompanied by a shaped textile support bearing an inscription meaning “Presented by Gang Yi (1837-1900), who was the Governor of Guangdongduring Guangxu period”. According to family tradition, this exquisite piece was acquired by a member of the Brockholst Livingston family (relative of the famous American Revolutionary War officer Henry Brockholst Livingston) during a visit to China in 1863 and thence by descent to the present owner, a German Count.

Estimate £20,000-30,000 ($30795-46,192)
This exquisite table top was produced over the course of five years by the Opificio delle Pietre Dure, heir to a workshop established by Grand Duke Ferdinando I de Medici in Florence in 1588 and renowned for its works of art made of semi-precious stones and marbles. Inspired by Antiquity and often using Imperial Roman marbles, the workshop’s extraordinary production of table tops, cabinets and decorative panels were highly sought after by European royalty and aristocracy in the 16th-18th centuries.

The present table top was inspired by a late 16th century top, known as the “Medici Treasury”, today in the Museo degli Argenti, Florence. Exclusively made using traditional tools and technique, it features stones from the actual Medicean collection of antique marble and stones, which the Florentine patrons brought over from Rome in large quantities as prize possessions.

Estimate £8,000-12,000 ($12,318-18,477)
In 1892, Archudke Franz Ferdinand of Austria-Este, heir to the Austro-Hungarian Empire, embarked on an around the world journey. Testament to his travel to Nepal and his great passion for hunting is a sword he gave in 1893 to Prem Shamsher Rana, nephew of the Maharaja of Lambjang and Kaski, Prime Minister of Nepal. Made in Vienna by Stanislaus Striberny, circa 1890, this sword is mentioned in the Archduke’s detailed travel diaries. A photograph of Prem Shamsher Rana proudly holding the received gift still exists in the collections of the Weltmuseum in Vienna.

A PRESENTATION SNUFF BOX WITH THE CYPHER OF NAPOLEON III

Estimate £15,000-20,000 ($23,096-30,795)
This jewelled, gold and enamel imperial box was made by Louis-François Tronquoy, a prolific snuff box maker and the chief supplier of presentation boxes to Napoleon III. Featuring the cypher of the Emperor of the French, it is further applied with rose-diamond bees. Symbol of immortality and resurrection, the bee was chosen by Napoleon I to link the new dynasty to the very origins of France and was subsequently adopted by Napoleon III.

A SNUFF-BOX WITH THE CYPHER OF EMPEROR MAXIMILIAN OF MEXICO’S, CIRCA 1865

Estimate £5,000-7,000 ($7,698-10,778)
The brown aventurine quartz lid of the box is applied with the emerald and diamond-set enamelled crowned cypher of Emperor Maximilian and his consort Carlota. Archduke Maximilian (1832-1867) was the younger brother of the Austrian emperor Franz Joseph I. In 1861 Maximilian entered into a scheme with Napoleon III to rule Mexico after France captured Mexico City. He declared himself Emperor of Mexico on 10 April 1864 but was captured and executed by the Mexican Republican forces in 1867.

THE SURTOUT DE TABLE OF THE MARQUESSES OF ORMONDE, CIRCA 1805

Estimate £8,000-12,000 ($12,318-18,477)
This gilt-bronze surtout de table was most probably made for Kilkenny Castle, Ireland, the seat of Walter Butler, 1st Marquess of Ormonde, 18th Earl of Ormonde and his wife Anna Maria Catherine Clarke. Attributed to Rundell, Bridge & Rundell, foremost Royal goldsmith known to have produced outstanding pieces in bronze, this magnificent piece was designed in the French Empire taste in vogue among the fashionable Regency circles.

THE EMPRESS OF BRAZIL’S MIRROR, CIRCA 1840

Estimate £2,000-3,000 ($3,079-4,619)
Carrying a label with the Brazilian Imperial crown, this Portuguese kingwood gilt bronze mounted cheval mirror in the Empire style is thought to have been supplied to Amélie of Leuchtenberg, Duchess of Braganza, Empress of Brazil (1812-1873) when she was living in Palácio Alvor in Lisbon, as the widow of Dom Pedro, Emperor of Brazil. This exquisite piece is attributed to Pierre Bartholomé Dejante, a Parisian trained cabinet-maker who settled in Lisbon in 1821 and quickly gained a firm reputation in the city. His work was appreciated by the Royal Family who kept commissioning him furnishings for the Palácio de Belém, Palácio da Pena and Palácio das Necessidades, several of which still remain in these palaces. 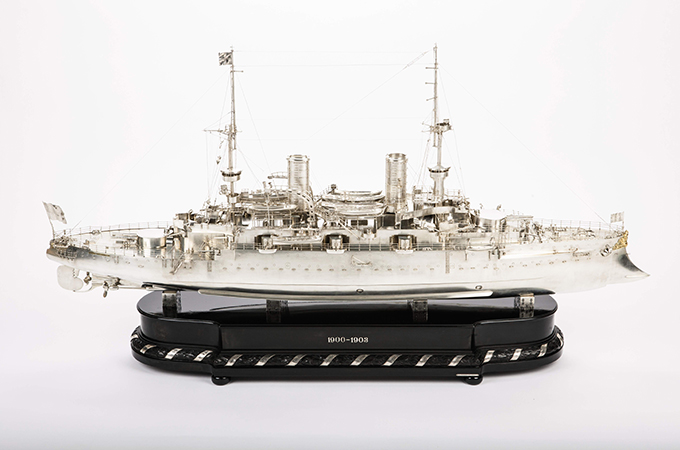 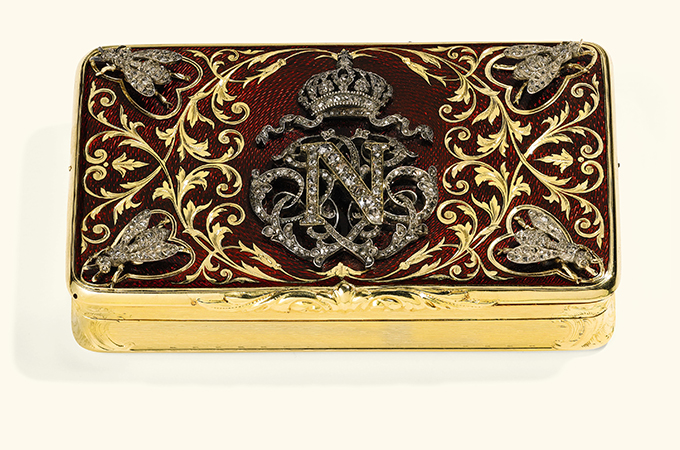 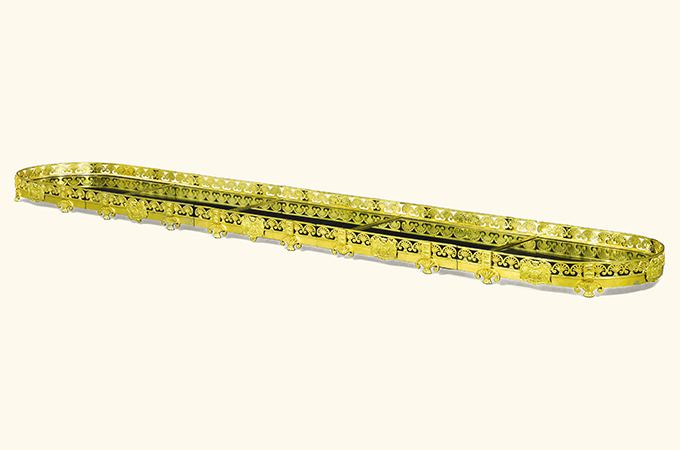 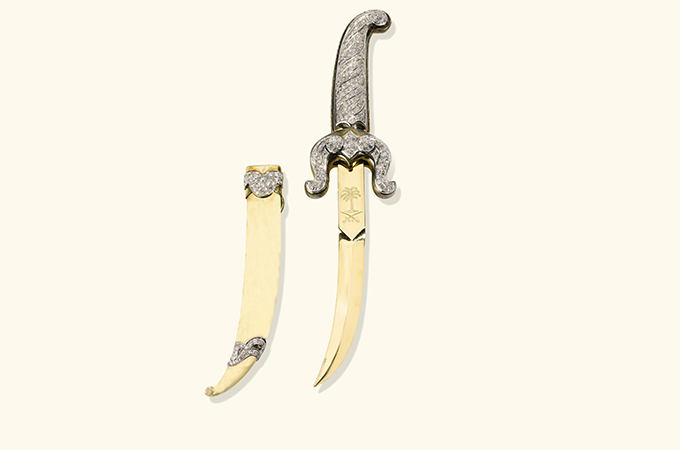 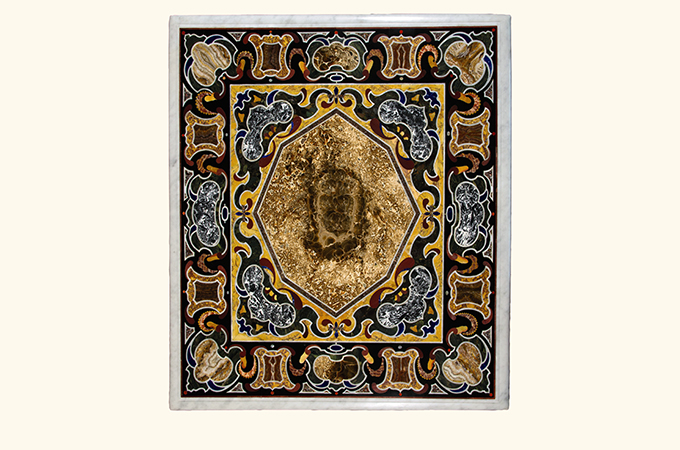