Hosted by Dubai’s La Galerie Nationale and entitled, ‘Art Pulse’, the show will feature both design objects and works on canvas from a selection of globally renowned artists including Arad, Hirst, Prouve and Warhol.

As such, the exhibition represents an exceptional opportunity to view and acquire works from designers and artists who are widely regarded as amongst the most important from the last century during what is fast becoming one of the world’s most exciting international art events, according to the gallery.

La Galerie National enjoys a status as an innovative space within the UAE that uses Director Guillaume Cuiry’s curatorial eye to deliberately push the status quo in the regional market.

As such, Art Pulse’s guiding vision has been to “emphasise and celebrate Dubai’s increasingly enhanced status on the international art circuit, as it moves beyond stereotyped themes and expectations”.

Deliberately international in content, Art Pulse presents a global perspective in a local context, challenging the viewer beyond accepted norms of a Dubai production.

The exhibition narrative plays closely into the journey Dubai has taken over the past decade, as it has carved out a niche as both a platform for Middle Eastern art, and increasingly, a meeting place between East and West for international collectors.

Highlights include ‘Skull on Spin’; an oil on paper diptych by Damien Hirst, a ‘lobster’ print by Andy Warhol and a ‘Big Easy’ thermo form armchair by Ron Arad.

Cuiry anticipates that Art Pulse will be a stand-out show in the 2015 Art Week calendar.

“As Dubai gains the confidence of the international collector, we wanted to produce a show that moves us beyond cliché and rebels against Western perception.  We hope Art Pulse will appeal to serious investors and design enthusiasts alike,” he says.

The gallery also showcases artists of exceptional ability, underscoring its 20 years of experience in France and Europe and unrivalled access of galleries, institutions, collectors and design enthusiasts. 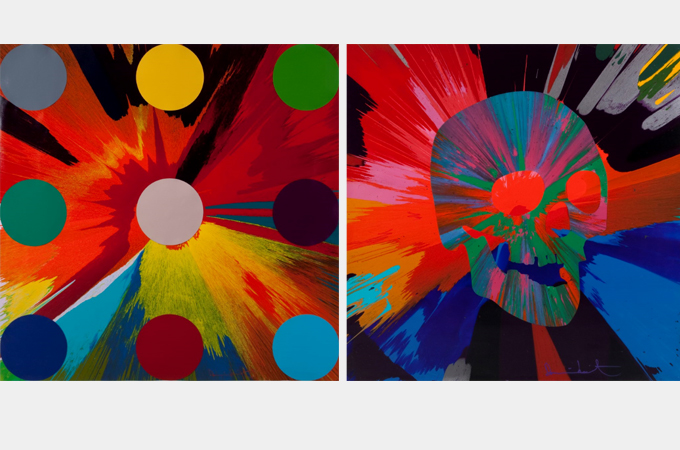