Yachting
Sealed with a Kiss

Feadship yesterday launched the 46.40-m motoryacht Kiss in a ceremony that made the most of the Valentine’s Day spirit.

Having recently unveiled two of the largest superyachts in the global fleet – the 101.50-m Feadship and 83.50-m Savannah – Feadship said the launch at its yard in Aalsmeer, the Netherlands, proves how it can also embrace its roots size-wise within the highest standards of 21st-century custom yacht-building.

Kiss also showcases Feadship's ability to optimise the efficiency of the engineering processes involved in creating a bespoke superyacht.

The story behind Kiss is linked in a number of ways to the 46.22-m Feadship Como, which was launched in 2014.

Como stole the show in Monaco last year, proving beyond doubt that biggest isn’t always best. The validity of this statement has been proven by the unprecedented number of awards won by Como and Feadship director Henk de Vries is convinced that Kiss will follow in her path.

“With yachts like Como and Kiss, we are effectively building a sporty type boat around our average size of over 15 years ago, but now with all the know-how and intelligence Feadship has developed,” De Vries explains. “This facilitates a clever approach to high-end production, one which remains entirely custom while keeping the costs of a Feadship of this size within the bounds of reason.”

Half a year after signing the contract for Como, architect and designer Ed Dubois came to Feadship with another client.

“Ed was highly appreciative of the way that the Feadship yards work with outside designers as well as the in-house naval architects at Feadship De Voogt,” De Vries continues. “Even though Como and Kiss have similar looks they are very different yachts. Most if not all yards would have taken a platform approach based on Como’s hull, offering the client a discount for the reduced amount of engineering. That’s not how Feadship does things.

“The owner of Kiss required a more conventional speed of 16 knots (Como is 19), so she has a different power plant. And while Como is a sports boat with an open top deck, Kiss has a complete master penthouse on the upper deck. This obviously added both volume and weight to the yacht, hence requiring a revised lines plan. Make no mistake, these are two different Feadships.”

Where Kiss did benefit from the Como project was Feadship’s enhanced ability to standardise not the product but the process. Successfully incorporating the production methods and the majority of engineering phases used on Como made Kiss cost-effective in production while still resulting in an entirely bespoke superyacht.

Kiss is also said to be the most complex object ever to have been metallically painted, featuring a stunning metallic black hull with a red stripe on the waterline. This was another specific request by the client and required Feadship to develop special mixing machines and electrically-charged spray guns in order that all the metallic flakes would be in perfect order.

The interior of the boat is from the boards of Redman Whiteley Dixon and features a stark, crisp look. Mark Whiteley and Toby Ecuyer started together, Toby and Douglas Hynd completed the design work.

“They did a fantastic job on Kiss,” says De Vries. “It is never easy to take over an interior design project once underway and, on behalf of Feadship, I would like to say how impressed we are again with RWD's work.”

The powerful and purposeful exterior Dubois profile, with its large bulwark window measuring some 6.5 m in width, generates a sporty ambience. A sense of openness is enhanced by the giant doors adjacent to the main entrance, which slide out 3 m either side. All this combines to bathe the restfully austere interior in natural light, making for a genuinely soothing experience.

The complete owner’s deck – an unusual feature for a yacht under 50 m – makes the most of both the volume and interior space. An aluminium-plated sun roof opens up to add to the light interior vibe. More al fresco-like pleasures include a sun deck with Jacuzzi and a transom swim platform with swim ladder and underwater platform.

Kiss also features superior accommodation for eight guests in four suites as well as four crew cabins, a staff room and a captain’s cabin positioned near the raised pilothouse. 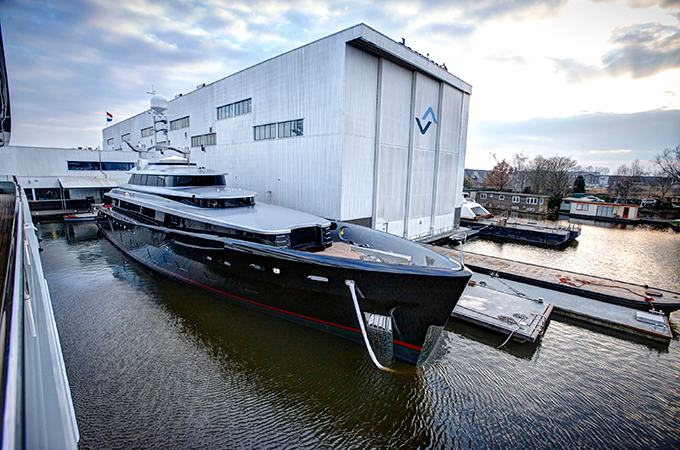 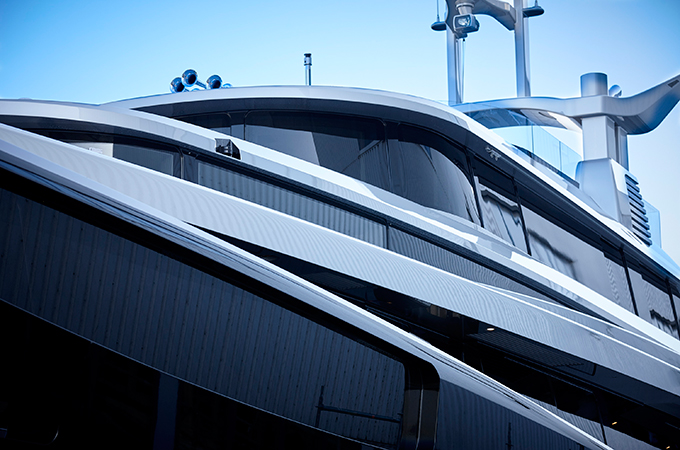 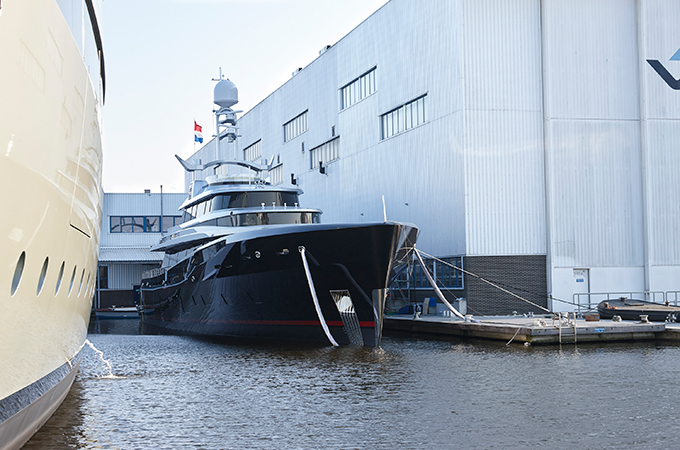 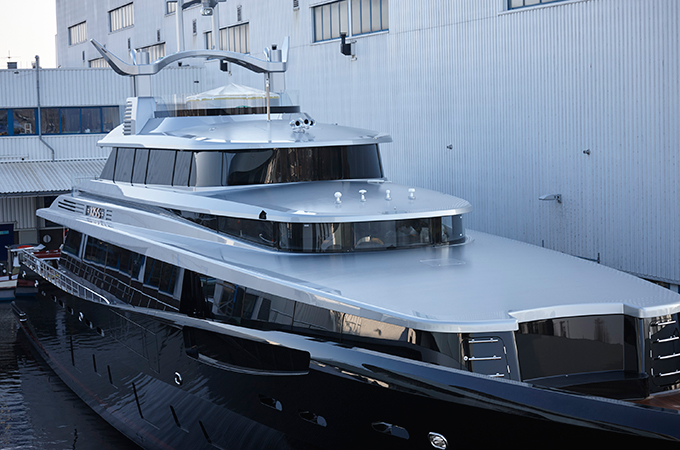 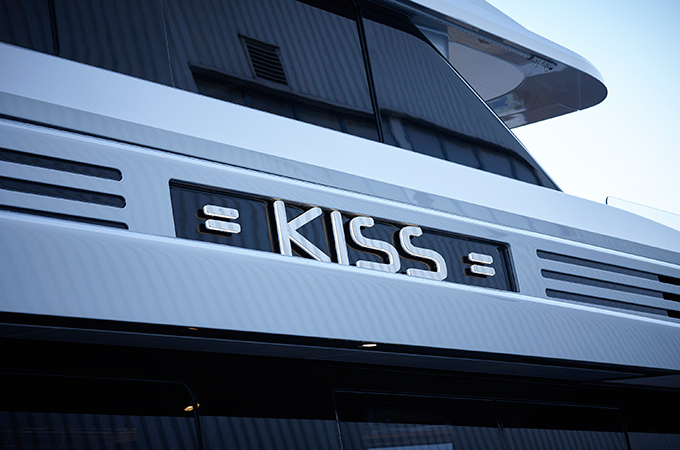 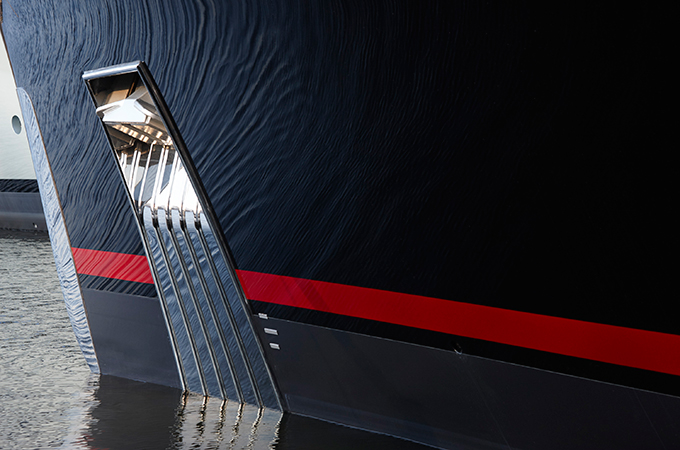