With test pilots Eric Gérard and Hervé Laverne at the controls, aircraft 8X s/n 01 lifted off from Dassault Aviation’s Mérignac plant near Bordeaux in France on February 6 for a flight that took two hours and 45 minutes.

“Throughout the flight, the Falcon 8X demonstrated excellent handling qualities, the hallmark of all Dassault Aviation aircraft,” said Gérard. “We reached each of the performance objectives set for the first mission and, in a few cases, surpassed target goals. I am confident that the remainder of the flight test program will proceed just as smoothly and feel extremely honored to fly such a handsome and well-engineered aircraft.”

“We reached a key milestone in the Falcon 8X programme, and are right on target for mid-2016 certification and second half 2016 deliveries,” said Dassault Aviation Chairman/CEO Eric Trappier. “The new Falcon has been well received in the market place and already shows every sign of being a commercial and technical success. This early achievement reflects Dassault Aviation’s half century of experience in the business aviation industry.”

He continued: Dassault Aviation’s state-of-the-art military aircraft know-how enables us to design and build business jets that combine exceptional reliability, flight handling and technical capabilities with unmatched cabin comfort and operating economics. I congratulate the pilots, engineers, technicians and line workers, both at Dassault Aviation and at our numerous industrial partners and subcontractors facilities for their contributions in getting the 8X off to such a great start.”

Falcon 8X s/n 02 and 03 are scheduled to take to the air in the coming months. Each will take part in the flight test programme that is expected to last around 500 flight hours. Serial number three will leave midyear for the Dassault Aviation completion facility in Little Rock, Arkansas, where it will be fitted with a complete interior and undergo a stringent system test campaign.

Unveiled in May 2014 at the European Business Aviation Convention & Exhibition (Ebace), the latest addition to the growing Falcon business jet family rolled out on December 17 last year. It offers the greatest range and the longest cabin in the Falcon line along with the most extensive selection of cabin configurations available on any business jet.

With eight passengers and three crew, the 8X will be capable of flying 6,450 nm (11,945 km) at Mach 0.80. The aircraft will come with an impressive list of innovative onboard systems largely proven on the existing top of the line 7X, including an enhanced version of the 7X’s Digital Flight Control System and a redesigned cockpit featuring an optional combined synthetic/enhanced vision head-up display.

Like the 7X, the Falcon 8X will be capable of approaches up to 6 degrees, allowing it to serve challenging airports such as London City Airport and Lugano, Switzerland that are normally not accessible to large cabin aircraft. The aircraft will have a balanced field length of about 6,000 ft and an approach speed at typical landing weight of 107 kts.

Wing mating and engine installation on the first Falcon 8X were completed in July and first power up occurred shortly after. Ground tests, including flight control system testing, vibration tests and fuel system testing concluded in November and the first engine run up took place in early December.

Dassault Aviation is a leading aerospace company with a presence in over 90 countries across five continents. It produces the Rafale fighter jet as well as the complete line of Falcons. The company employs a workforce of over 11,000 and has assembly and production plants in both France and the US and service facilities around the globe. 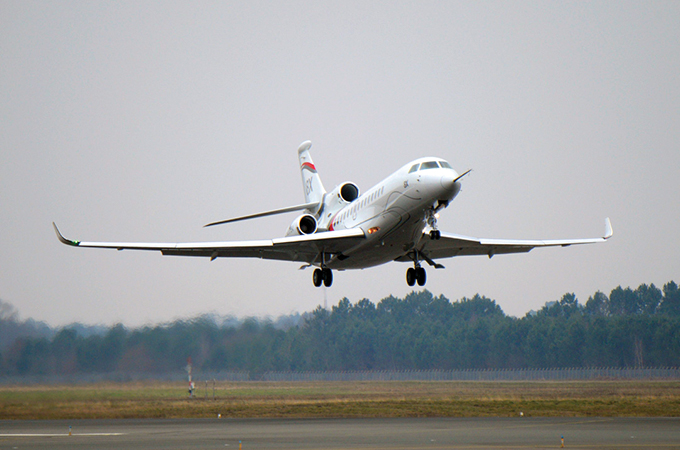 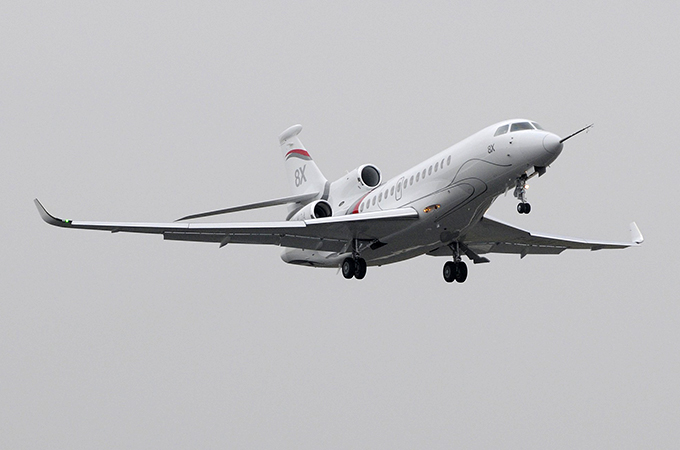 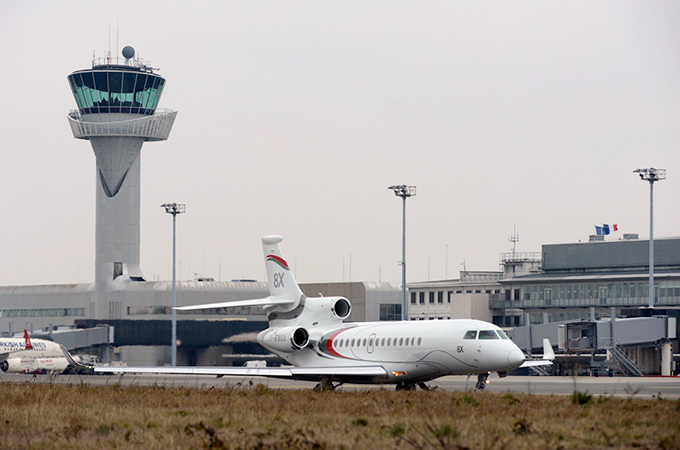 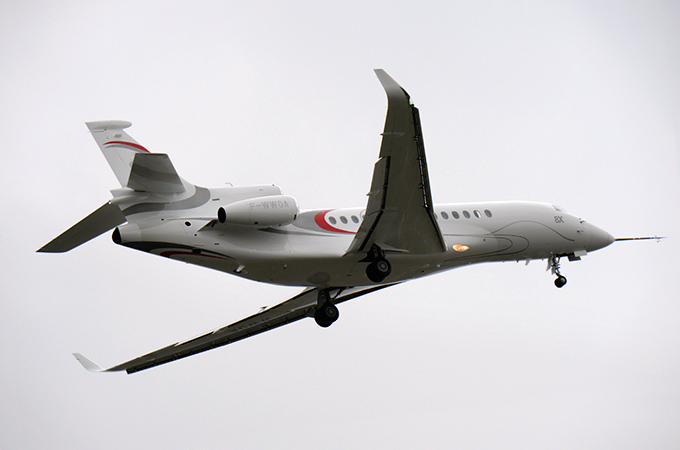 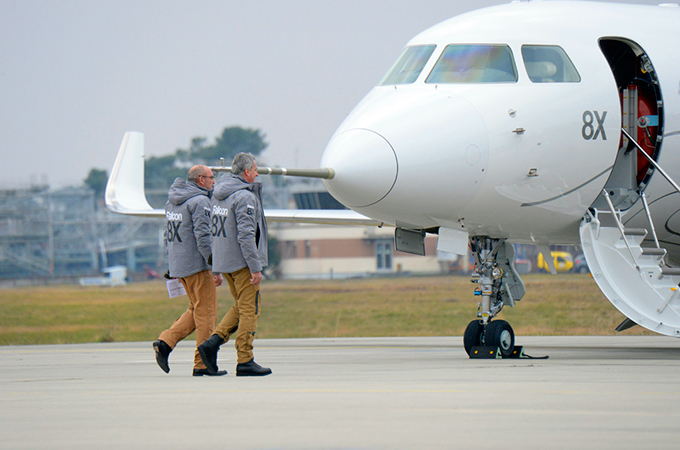