Recent alterations to the UK’s stamp duty tax are expected to have a significant impact on the investment geography across London, alerting Middle East investors to the city’s more fringe locations in 2015, according to Cluttons.

Under the previous rules, buyers of Central London residential property had to make provisions for stamp duty land tax rates based on property value bands; however under the new rules introduced on 4 December 4 2014, the relatively crude 'slab system' was replaced in favour of a graduated tax, the leading international real estate consultant said.

While this has reduced the tax paid by buyers at the lower end of the market, it has meant that some, particularly in more prime traditional neighbourhoods of the city, now incur significantly higher transaction costs, it added.

Faisal Durrani, international research and business development manager at Cluttons, commented: “The lower end domestic market stands to benefit from the new banding but prime Central London buyers are likely to end up slightly worse off, leaving significant opportunities for international investors to target the fringe areas of the city.”

“Overseas buyers and investors have now only got to make provisions for the same capital gains tax rates as UK purchasers (as at April 2015), but the new stamp duty thresholds in London, plus the 50 per cent rise in rates for the annual tax on enveloped dwellings (ATED) means that the government has now created a three-pronged tax attack on the main driver of the upper echelons of the market.”

Cluttons data shows that the average price of a prime Central London home during 2014 stood at £2.3 million ($3.45 million). With the changes to Stamp Duty rates, this has meant that buyers and investors have to make provisions for an extra £29,000 ($45,530).

In the traditional Middle East investment heartland of Chelsea, Belgravia and Knighstbridge, the cost implications are particularly significant. In Chelsea for example, a buyer will have to pay an additional £33,500 ($49,555) when buying a two-bedroom flat. On the other hand, on the Isle of Dogs, which sits just south of Canary Wharf, buyers are looking at a Stamp Duty saving of £4,350 ($6,532) on a two-bed flat.

Durrani continued: “While the new tax changes might put additional pressures on the overseas residential investment cohort, we are expecting to see an increased appetite to venture outside the prime core, where investors will be incentivised not only by tax savings, but those of the buy-to-let flavour, will find that yields are also more attractive.”

Cluttons data shows that gross residential yields in prime Central London stand at just over 3 per cent, while this dips to 1.68 per cent in Chelsea. Further afield, on the Isle of Dogs, near Canary Wharf, yields are just over 4.5 per cent, which comes with the added benefit of a £4,150 ($6,231) saving in stamp duty taxes.

Mark Clegg, head of residential investment agency, added: “The attractiveness of residential investment opportunities just outside the prime Central London core is not something new. Yields have always been slightly better and the changes to the stamp duty, capital gains and ATED rates will turn the spotlight on these areas that may have been previously overlooked by the international investment community. There are numerous opportunities for buyers and investors from the Middle East who are willing to look on the fringes of the prime core.”

Cluttons believes that the iconic Battersea Power Station site in south west London, which was bought by a Malaysian consortium for £400 million ($600 million) will pave the way for further investment in the wider Battersea, Wandsworth and Clapham areas.

The 39.1-acre site fronting the River Thames is set to undergo a radical transformation and redevelopment, opening up one of London's most exciting regeneration projects.

Clegg continued: “This is an exciting time for south west London. We have already for instance seen a tremendous amount of interest in areas such as Fulham, Richmond, Wandsworth and Putney. An example of this demand has been seen at a block of 12 flats currently on the market in Richmond, which reflects a yield of circa 5 per cent.”

Durrani concluded: “The silver lining of the tax changes will mean that new areas of investment opportunity will emerge, driving investment into areas previously overlooked, while expanding the real estate investment market of London, further cementing its position as the world’s most desirable investment market; a sentiment echoed by our high net worth clients during our last International Private Capital Survey.”

Cluttons is a global real estate services company, with a presence in over 50 countries. We provide a wide range of commercial and residential property and facilities management, valuation, agency, telecoms and consultancy services. 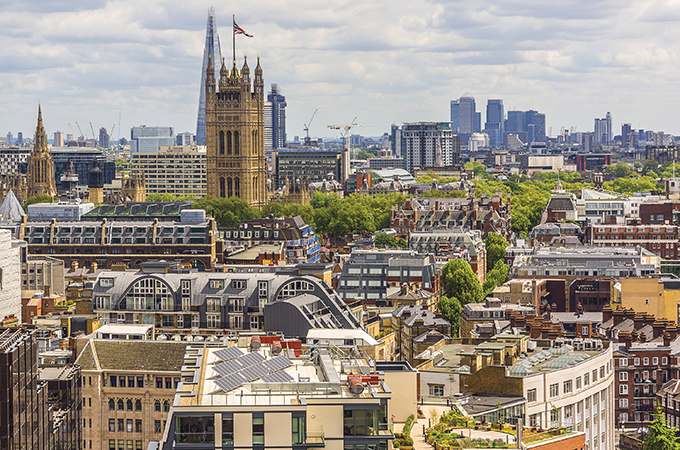 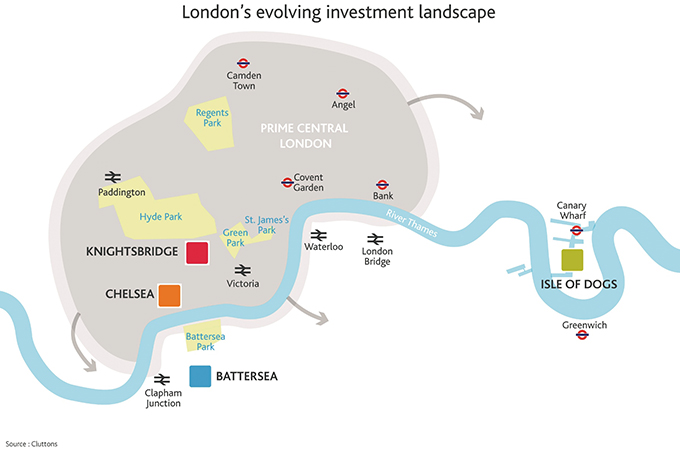 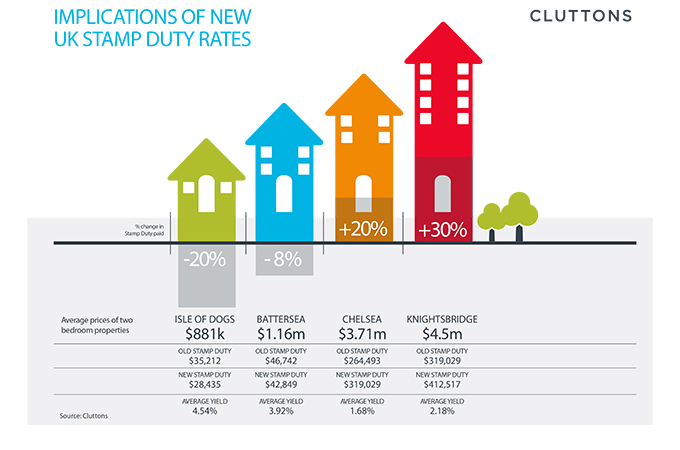