Further innovation comes in the form of a floating superstructure, an underwater lounge, the ‘open’ aft deck areas, and much more besides.

Inspired by the 2010 Feadship future concept Breathe, Savannah is a demonstration of the cost-effective and cleaner mode of propulsion that can be achieved within an entirely bespoke superyacht, the Netherlands-based yacht builder says,

Savannah has a dynamic hull shape with a very fine entry, uses one efficient medium-speed Wärtsilä main engine instead of two higher-rev diesel motors, a single central propeller shaft installation on the centreline and three gensets.

Redundancy is ensured by fitting a large contra-rotating and azimuthing sternthruster just aft of the main propeller. The design of the aft ship allows for a propeller that is 40 per cent larger than the norm. Combined with the power supplied by the thruster, the load on the propeller is only half that of a conventional twin screw yacht. This again results in a higher efficiency and fewer vibrations. In addition, the large sternthruster also ensures excellent manoeuvrability in marinas.

Taken as a whole, the package offers major benefits in terms of fuel saving and consists of five modes: manoeuvring, diesel-electrical, range, high speed and boost. This guarantees a high level of reliability and a better engine load than any other superyacht afloat today.

“It is not the individual technologies used on Savannah that are new in the yachting world – it is the way they have been combined,” comments the owner’s project manager, Ted McCumber. “Feadship has leveraged on all the options available in the marine industry to bring this hugely innovative system to completion.

“The possibility to choose between diesel, diesel-electric or fully electric is truly exceptional.

Moreover, Savannah is the first yacht in the world to be running with an azipull and a variable pitch propeller. Only Feadship engineering and the rich experience of this yard could have successfully concluded a project of such scope and vision,” McCumber continues.

But there is much more to Savannah than her extraordinarily efficient propulsion system.

The exterior profile created in partnership between CG Design and Feadship’s designers includes a ‘floating superstructure’. The glass and composite panels appear to float thanks to complex visual trickery involving polished stainless steel strips, aluminium supports and teak. The stainless steel doors form part of the yacht’s continuous line and also appear to be floating as part of an immensely complicated design feature.

Another genuinely unique aspect of the exterior of Savannah is the way the aft owner- and main deck areas have been designed as single giant open inside/outside spaces, enclosed by weathertight sliding doors. With the sides of the main lounge open, the entire space from the swimming pool to the salon serves as a comprehensive al fresco experience zone. “The owner of Savannah loves to be at one with the water,” explains McCumber. “This phenomenal design allows him to run from the main salon and dive straight into the sea.”

The exterior colour scheme is Sea Foam metallic green – Savannah is the first superyacht to be entirely metallic painted (including the ceilings and fixed deck furniture) with the exception of the mast domes. Feadship developed a special spray nozzle technique to attain the all-metallic look which had to be achieved in one sweep to avoid any colour discrepancy. The outside staircases are jet black and the steps covered in teak.

The interior of Savannah is equally full of surprises. As the second superyacht venture from the boards of CG Design, the vessel comprises an unrivalled amount of detailing, finishes and materials throughout. For instance, there are lighting fixtures on the boat with up to ten different colours, lens types and positions.

One of the many structural highlights is an ‘underwater lounge’ at port side where guests can watch the fish outside or turn around and observe the fun and games in the nine-metre swimming pool. The room, which also converts into a cinema, is another first for a superyacht and features especially thick glass due to its position in the hull.

In addition to the owner’s stateroom, there are four large guest suites and one VIP stateroom with a balcony. Savannah also has unprecedented facilities for her 26 crew members and an exceptionally high-end tender bay finished in teak with a hatch that doubles as a mooring platform. After docking, guests can walk inside the garage and take the stairs straight up to the main deck.

“Savannah is a yacht full of premiers,” emphasises Feadship director Henk de Vries. “As the first ever hybrid superyacht, she offers incredible flexibility in operations and loading of the power plant. The result is fuel savings of some thirty per cent compared to the best boats that we have launched to date.

“The way in which one gigantic propeller has been installed in front with another electrically powered prop in its slipstream has also never been applied on a yacht. A similar system has been used on board passenger ships in Japan, but that is an ‘industrial’ solution, without the attention to comfort required on a Feadship. To achieve this on a superyacht entailed an exceptional degree of co-operation with Wärtsilä and all the other equipment manufacturers.

Another major innovation is the batteries, which were suggested by the owner. These provide extra speed at the top end, allow proper loading of the generators at any speed and facilitate super-quiet cruising at slow speeds without any engines turning. We have installed Li-ion batteries with no less than one million Watts.

“More than a thousand people have been involved with the creation of Savannah since the contract was signed at the end of 2011. And the tremendous final result once again shows how Feadship is never afraid to venture into uncharted waters.” 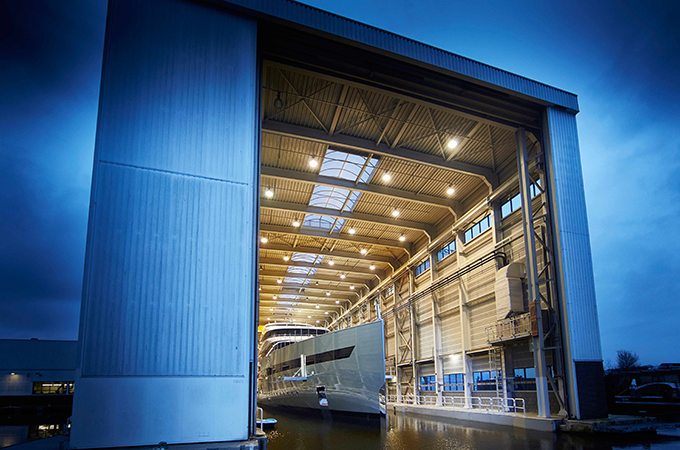 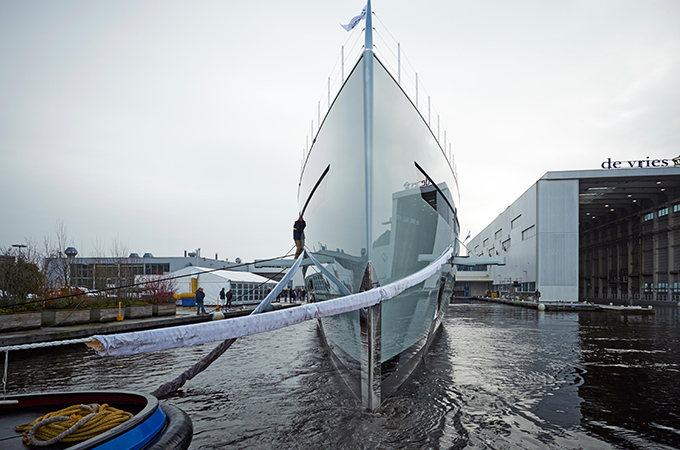 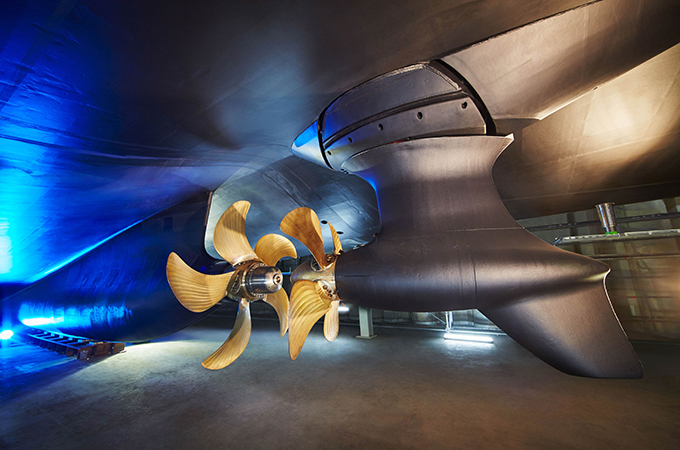 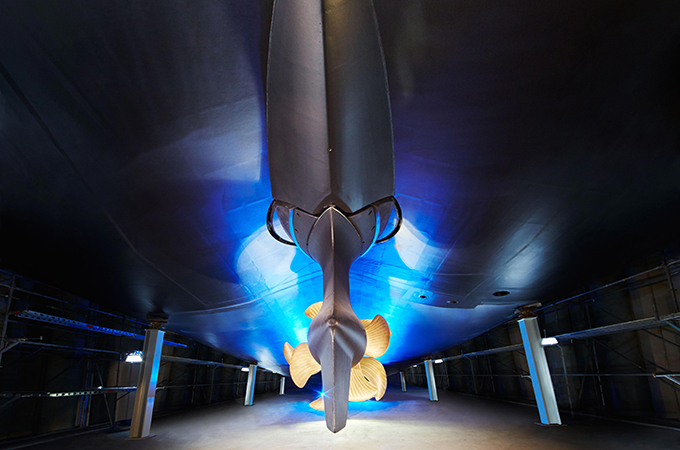 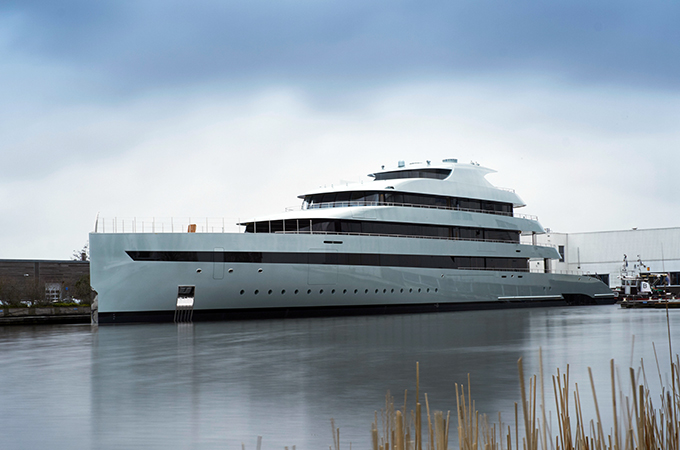 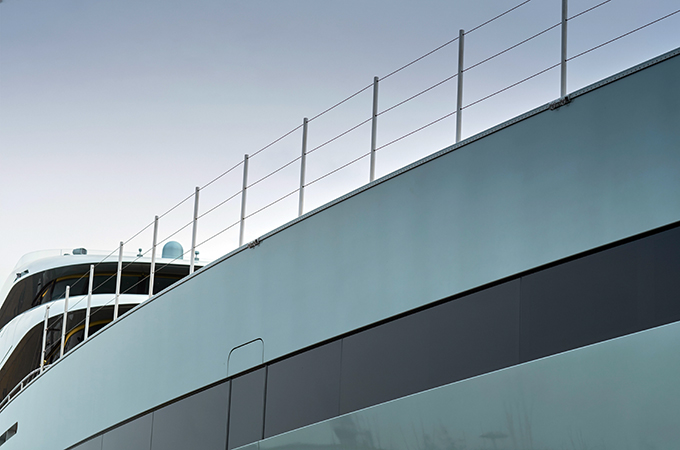 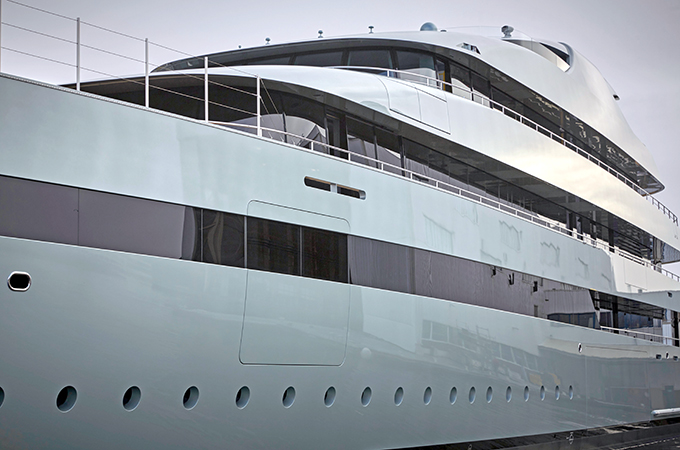 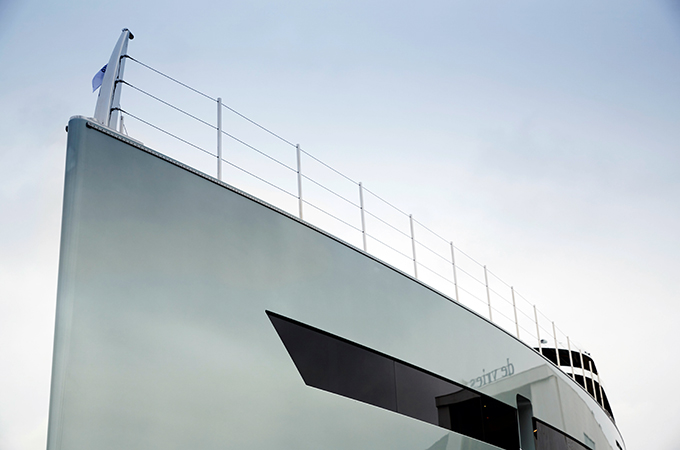