Designed as a conversation - visual and vocal - between Bahrain’s artists and the rest of the art world, the fourth edition of Art Bahrain Across Borders (ArtBAB) will open tomorrow (March 6).

The Middle East’s youngest and most promising art fair is held under the patronage of Her Royal Highness Princess Sabeekha bint Ebrahim Al Khalifa, Wife of the King of Bahrain. This platform for contemporary art will run from March 6 to March 10 at the Bahrain Exhibitions & Convention Centre.

ArtBAB has forged a unique identity for itself as a marker of the Kingdom’s contemporary history as seen through the prism of art. The art fair has grown organically over four years and created a new platform and commercial identity for Bahraini art without compromising on the quality of art.

“We are proud of the unique conversations that we have started about Bahraini art around the world. In 2018, ArtBAB saw the total sales increase by 38 per cent over the previous year as the fair continues to grow and develop,” says Shaikha Maram bint Isa Al Khalifa, Director of the Office of Her Royal Highness Wife of the King of Bahrain. “In addition, our supporting project Artists Across Borders has taken 25 Bahraini artists to Paris, Moscow, Singapore and the UK.”

The 2019 edition of the fair will be a celebration of the rich legacy of 50 years of contemporary Bahraini art with the central BAB Pavilion featuring a carefully curated collection of Bahraini artworks.

Fair & Programme Director Kaneka Subberwal says: “Our showcase of Bahraini artists has attracted over 100 artists this year and our distinguished selectors’ panel made up of internationally recognised experts has carefully chosen 40 best canvases and sculptures that put the focus firmly on our Bahraini artists, who are the raison d’etre for ArtBAB. The 2019 edition of ArtBAB will explore not just the heritage and legacies that inspire Bahraini contemporary art but also the new directions of art on the global stage.”

Another major impactful move from ArtBAB 2019 will be a new programme, ‘Artisans Across Borders’, which redefines Bahrain’s rich crafts heritage through a contemporary design input.

“We have taken the talent and the historical memory of craftsmanship that sustains Bahrain’s crafts, passed it through the prism of contemporary sensibility and created a chic, art-based version of Bahraini craft pieces that will have global appeal,” she explains.

Visitors can view large modern installations of Bahraini crafts seen from a fresh perspective and explore contemporary modernised Bahraini crafts that will take to the world a new portrait of Bahrain as a country which is open to contemporary thought and where the timeless old traditions adapt to new thought without losing their essence.

ArtBAB will also take visitors beyond Bahrain’s borders with Russian artist Zurab Tsereteli returning for the second time with a solo exhibition of his masterworks; new galleries from Argentina and Uruguay bringing in a very interesting collection of art and installations; and more than 15 art galleries and several international artists exploring the Middle East art market after the success of their 2018 exposure.

“The art fair’s 2019 edition would be an exciting amalgam of Bahraini art and cutting-edge trends discussed during the conference,” Subberwal said. “This year, in a first for the region, ArtBAB will take visitors not just across borders but across time-frames too. We have created a Virtual Reality Corner that allows exploration of some of the world’s leading private museums. The public will be able to have three different VR experiences using Vive Pro Headsets and literally ‘touch’ celebrated contemporary Chinese art collections of the dslcollection in France, 17th century Dutch and Flemish masterpieces from The Kremer Collection and the collection of Khora Contemporary, a VR Production house, co-founded by Faurschou Foundation, a private museum in Denmark VR Private Museum from Netherlands and as well as millennial VR artwork in New York.”

Decoding the future of art

The fair will also host an ambitious Speakers Programme in collaboration with Rachel Rekkab, Founder of Unfold Art XChange and owner of Artem Holdings. Forty speakers from 19 countries will take forward this stimulating agenda designed to decode the intersection between art, culture and technology through a series of panel discussions, debates and interviews.

Of special interest will be the launching of a world premier on Art & Islamic Finance during the conference, as a debate between Deloitte Art & Finance and Deloitte ME Islamic Finance and Knowledge Centre (IFKC). The Bahrain Fintech Bay will be one of the industry leaders underpinning the conversation about the blockchain art market revolution to improve provenance and unlock digital trade routes.

The use of big data and analytics in helping collectors better manage liquidity, risk and volatility will also be explored with valuable insights from Christie’s and ArtTactic alongside live demos from CollectorIQ, MutualArt and Pi-eX.

Jason Bailey, Founder of Artnome, the world's largest analytical database, will chair one of the art world's biggest debates on Artificial Intelligence (AI) and Artistic Creation, exploring the role of AI and machine learning in replacing humans. Robbie Barrat, a 19-year-old who developed the code for the first AI Generated Portrait of Edmond de Belamy by the Paris collective, Obvious, that was auctioned at Christie's, will take center stage with Mario Klingemann, a pioneer in the use of computer learning in arts and a Google Arts and Culture resident, and Nature Morte Gallery. KlarisLaw will explore copyright issues related to AI-generated art.

VRFocus, a virtual reality specialist website will close the conference with an exclusive interview with VIVE Arts and moderate a panel discussion on ‘VR as a Game Changer for the Arts’ with dslcollection, The Kremer Collection, Khora Contemporary, Vastari and The National Gallery London.

Strategic Partner of the event is Tamkeen, Bahrain’s change management agency which supports the building of human resources and the Kingdom’s industrial and knowledge growth management. 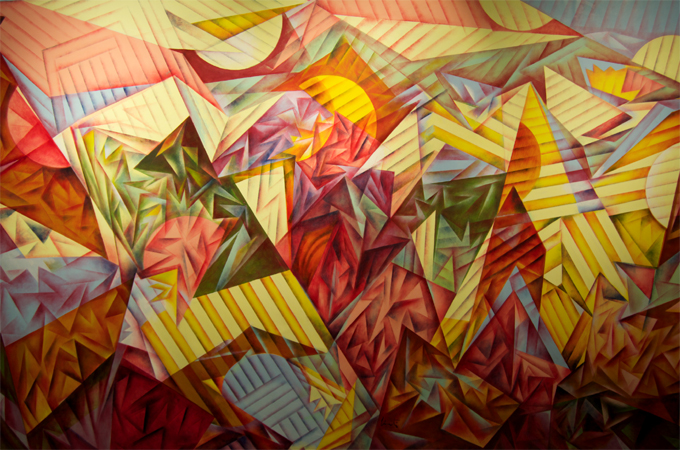 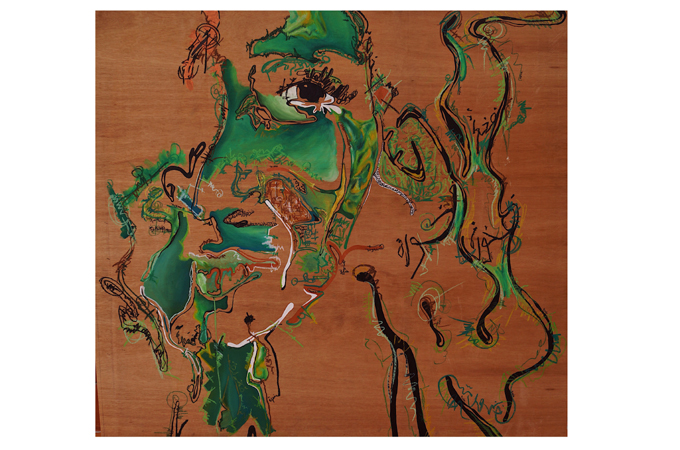 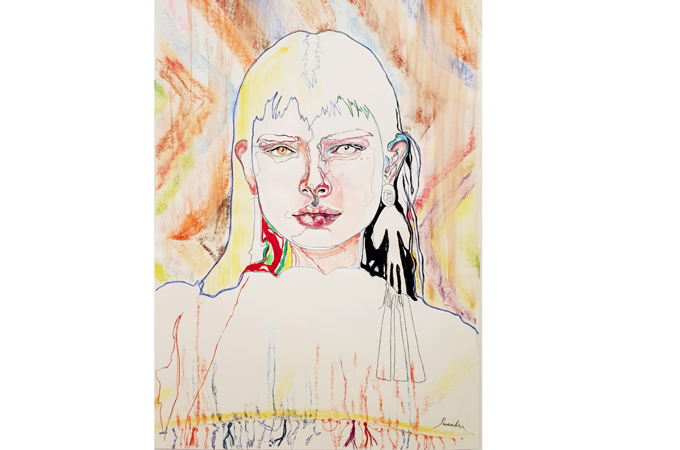 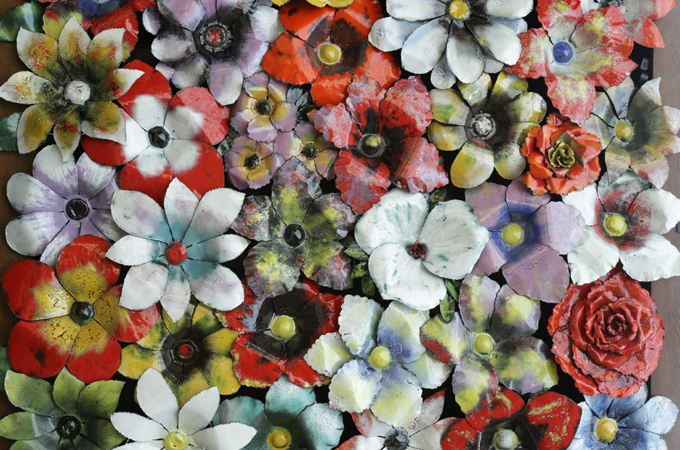 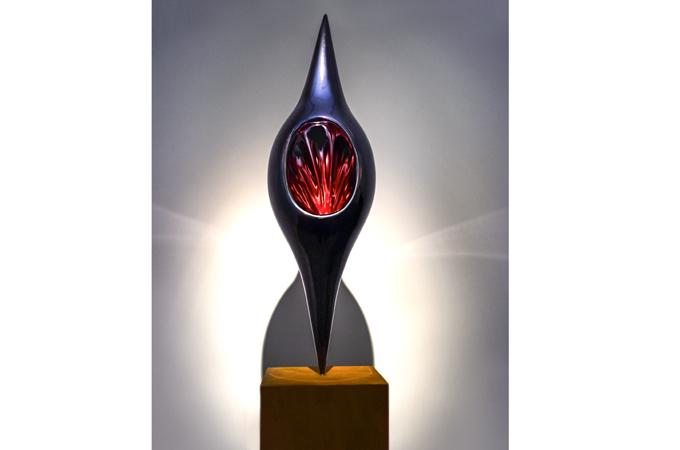