Global analysis compiled by the Superyacht Builders Association (SYBAss) with data from SuperYacht Times found that the region tops other major yachting hubs across the US, Europe and Asia in being home to the most sizeable fleet of personal pleasure vessels.

The superyachts – found docked across the UAE’s 5,000-plus berths, a number which is set to grow by 1,400 with the 2020 opening of the new Dubai Harbour, and sailing internationally – tend to not only be longer in length but greater in volume too, averaging 1,618 in gross tonnage.

As the region continues to grow as a yachting hub, the research by the independent bodies found that the percentage of superyachts owned by local buyers has also climbed. The Middle East is now home to 12.6 per cent of all 40m+ superyachts – a total of 216 mega-vessels.

Supplemented by an estimated 10,000 registered small-to-midsized pleasure-craft, the growth is further proof that the UAE in particular – recently ranked as the world’s fourth best performing and logistically advanced port – is continuing to make significant waves as it blossoms into a truly world-class maritime hub.

The figures have been brought to the fore in partnership with the Dubai International Boat Show. The event plays a critical role in creating and sustaining demand for superyachts and boats of all sizes and budgets across the region.

Asked if 2019 will be another year of big regional spending, Theo Hooning, Secretary General of SYBAss, said: “We certainly hope so. The number of ultra-high-net-worth individuals is continuing to grow, so we know the target audience is there – and in increasing numbers.

“If we look at the ratio of ‘fleet to billionaire’, the Mena region had the highest fleet-to-billionaire ratio in 2010 at 163 per cent, meaning ultra-high net worth individuals with less than one billion dollars also owned yachts that measured over 40 metres. It may also have meant that multiple billionaires owned more than one 40m+ yacht. This ratio increased to 188 per cent in 2018, and is the second-highest fleet-to-billionaire ratio found anywhere in the world.

“The average length of yachts of owners from this region, however, is the highest in the world, at 63 metres.  Projected wealth development coupled with an historic uptake of superyachts, positions the Middle East and North Africa as a region that is expected to continue to be an essential and stable market for the industry.”

The UAE’s premier manufacturer of luxury yachts and fiberglass boats Gulf Craft is responsible for the 14 superyachts currently under construction in the emirates. There are a total of 830 yachts over 24 metres under construction globally, the largest of which measures a mammoth 182.9 metres. 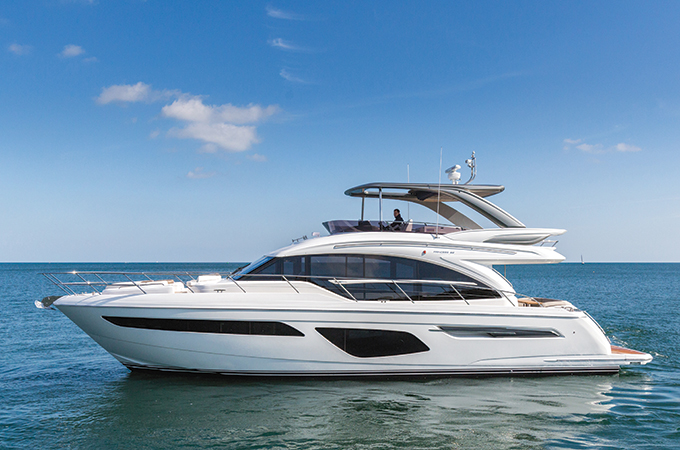