Louvre Abu Dhabi is the beating heart of a vibrant emerging arts and cultural scene in the UAE capital. The influential cultural institution’s latest exhibition showcases the rich archaeology and documents the movement of people over time in the Arabian Peninsula, writes Mark Lazell.

The critically-acclaimed Roads of Arabia: Archaeological Treasures of Saudi Arabia exhibition, which launched in early November at Louvre Abu Dhabi - its 15th stop on a global tour - examines a region which has long been at the crossroads of trade, culture and religion; a region which offers a path for merchants, travellers and pilgrims, and which has long been a bridge for civilisations.

The exhibition is, therefore, a story of the Arabian Peninsula from antiquity to modern times, told through a remarkable collection of archaeological masterpieces and important Islamic art from the Kingdom of Saudi Arabia, as well as rare pieces from the United Arab Emirates (UAE) which are being shown for the first time.

The Roads of Arabia: Archaeological Treasures of Saudi Arabia explores five chapters in the Arabian Peninsula’s history: early prehistoric settlements, maritime exploration, caravan trading routes linking the region with Asia, Mesopotamia and the Mediterranean; routes of holy pilgrimage emerging in the seventh century CE; and social and economic developments between the 14th and 16th centuries that set the stage for the modern day region.

As part of the opening festivities of the exhibition, the season premiere of On the Roads of Arabia, a performance of music, dances and poetry from 80 artists from Morocco to China, was held at the museum to highlight the rich artistic heritage of ancient trade routes. The performance was accompanied by work from abstract calligraphist Koom, who reproduced quotes and words extracted from songs and poems symbolising the different steps on the roads of Arabia.

The exhibition is the result of a collaboration between the Saudi Commission for Tourism and National Heritage (SCTH), and the Musée du Louvre in Paris, where it was first presented in 2010. More than five million people have visited the exhibition to date.

“The exhibition is held in line with the approach adopted by the kingdom, which is based on giving due attention to history and heritage within the archaeological sector that was established more than 50 years ago, as well as on the concern for human communication among peoples and building bridges across cultures,” he says.

As well as being a stunning window into Saudi Arabia’s archaeological treasures, the exhibition is seen as further strengthening ties between the kingdom and the UAE, says Mohamed Khalifa Al Mubarak, Chairman of the Department of Culture and Tourism - Abu Dhabi, the government body promoting the emirate’s heritage and culture.

“The exhibition embodies a significant friendship and convergence between the United Arab Emirates, Saudi Arabia and France. With the museum located at one of Abu Dhabi’s gateways to the Arabian Peninsula, I can’t think of a more appropriate exhibition to present on the occasion of this institution’s first anniversary,” he says.

Manuel Rabaté, Director of Louvre Abu Dhabi, says: “Over the past year, Louvre Abu Dhabi has been telling the world’s universal story through its international exhibitions and innovative programming. Louvre Abu Dhabi’s ambition is to celebrate cross-cultural connections and highlight bridges between civilisations.”

Dr Noujaim adds: “Louvre Abu Dhabi’s international exhibitions are always an extension of the artworks and stories we present in our permanent galleries.

“As part of our season, Worlds of Exchanges, our latest exhibition Roads of Arabia: Archaeological Treasures of Saudi Arabia tells the story of this region and offers a closer look at its interconnected history and heritage, across roads weaved throughout the Peninsula.”

Daucé comments: “Roads of Arabia: Archaeological Treasures of Saudi Arabia has been critically acclaimed worldwide, starting with the Musée du Louvre in Paris in 2010. Louvre Abu Dhabi is delighted to present an updated edition which includes rare Emirati artefacts which have been uncovered by numerous archaeological excavation projects in the UAE, as well as objects loaned by some of our French partners, including Musée du Louvre, the BNF and Musée des Arts Décoratifs.”

The launch of the exhibition, which runs until February 16, 2019, coincides with the first anniversary of Louvre Abu Dhabi, described by some as the world’s most beautiful museum.

Designed by French architect Jean Nouvel, the striking edifice in Saadiyat Cultural District is inspired by traditional Islamic architecture, and boasts a huge steel geometric dome roof weighing more than 7,000 tonnes. The museum has, since opening on November 11, 2017, charmed more than one million visitors and in that time has presented four international exhibitions, the latest of which is Roads of Arabia.

This autumn, Louvre Abu Dhabi unveiled 11 new world-class acquisitions in its permanent galleries, alongside new significant loans from 13 French partner institutions as well as regional and international museums. As part of this year’s first large-scale loan rotation, and in partnership with French museum partners, the museum curated a major rehang of its modern and contemporary art galleries, updated its displays, and showcased approximately 40 new masterpieces. Some major loans, including Leonardo da Vinci’s La Belle Ferronnière from Musée du Louvre and Whistler’s Portrait of the Artist’s Mother from Musée d’Orsay will stay in Abu Dhabi for another year, totalling 300 loans on display.

The museum says its growing collection is ‘unparalleled’ in the region and spans thousands of years of human history, including prehistoric tools, artefacts, religious texts, iconic paintings and contemporary artworks.

Louvre Abu Dhabi has a mission to tell universal stories. With Roads of Arabia, the latest chapter of the museum’s compelling storybook is now being written. 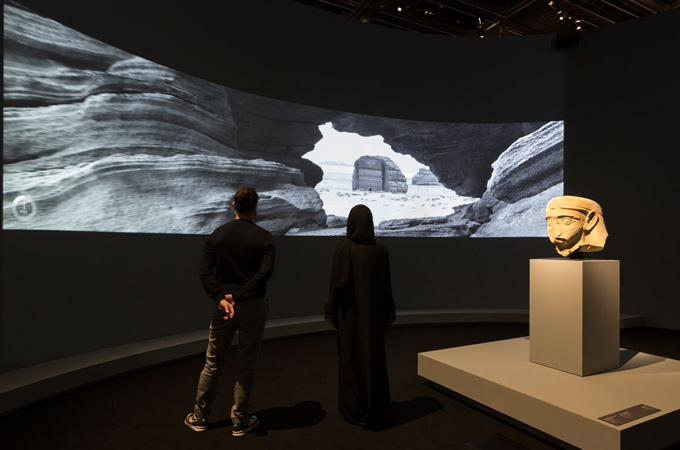 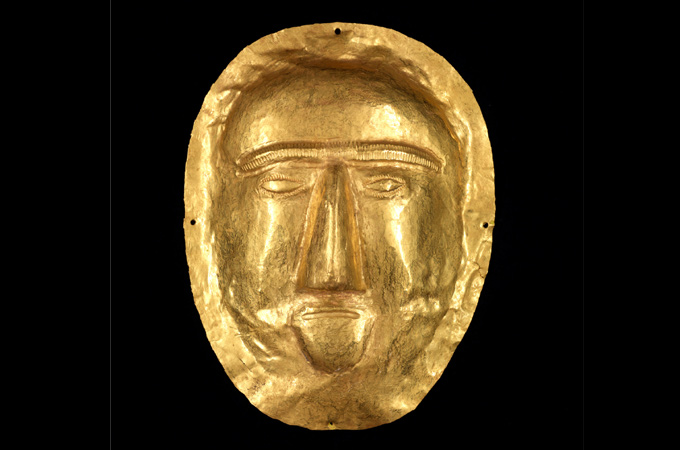 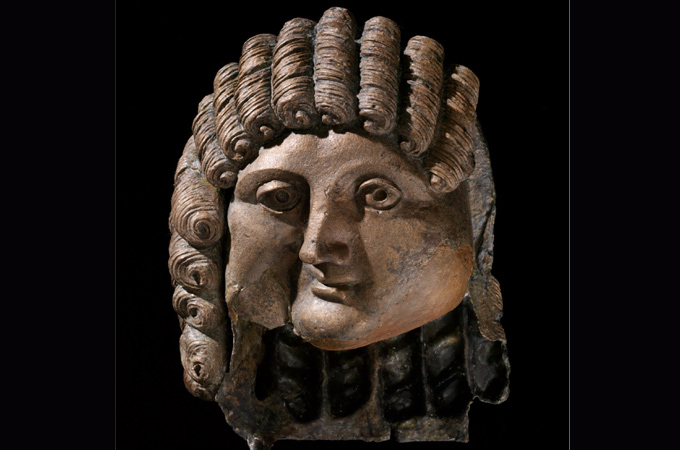 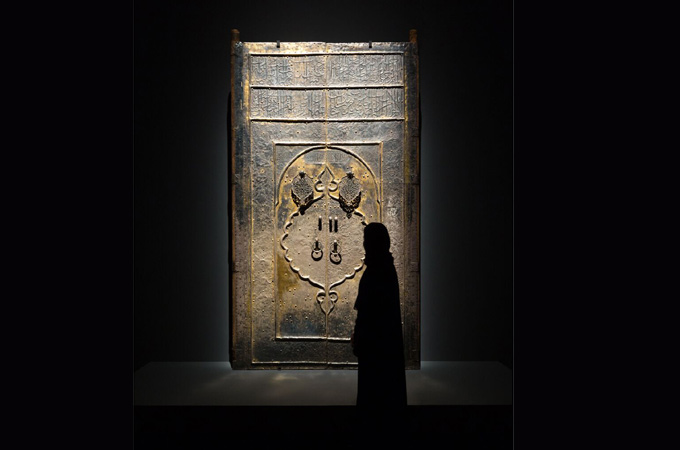 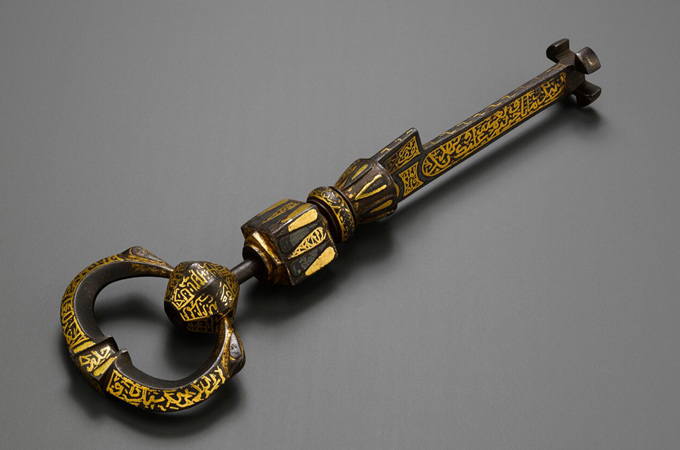 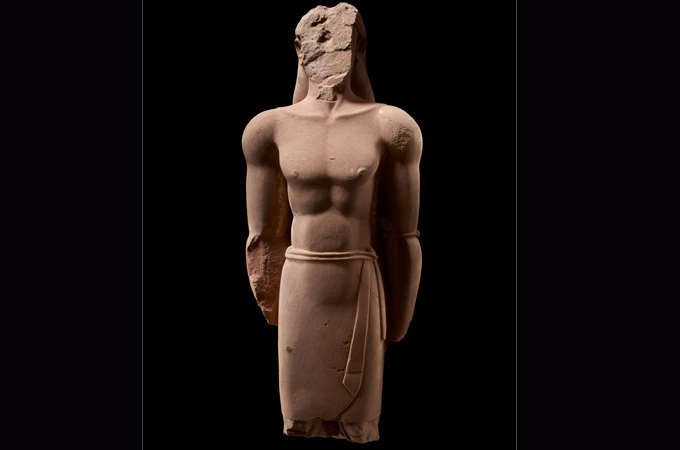