Dubai’s art market is very responsive to colourful and busy pieces and collectors tend to be drawn to artworks in which they perceive the artist has put a lot of time and effort, says Opera Gallery’s Sylvain Gaillard

The global art market is pegged at about $60 billion per year of turnover. Fuelled in part by large auctions worldwide, and the ever-increasing number of art fairs, the industry is in the throes of oversupply, or as insiders call it, “art fatigue”.

Online platforms and easily communicable information are together making buyers more educated and sophisticated in a market that is not fully transparent just yet. New buying patterns have emerged, and galleries need to keep up with collectors’ demands to be relevant.

These market shake-ups have had a positive impact on the art world, and we are on the brink of an important transition in the way art is bought and sold, says Sylvain Gaillard, director and curator of Opera Gallery Dubai.

“Over the last couple of years, I’ve observed a shift in demand and type of approach to acquiring a piece of art.

“Demand has gradually shifted to opposite sides of the spectrum. On an absolute basis, the gallery has sold marginally fewer pieces. On a relative basis, we have sold a lot more ‘masters’ than before, as well as a lot more up-and-coming artists. It seems that the mid-range has for the time being fallen out of favour, with collectors allocating their resources to blue-chip artists.

“A typical collector who would buy two to three mid-range artworks per year – hovering around the $200,000 mark – now spends the same compounded amount on a single true-and-tested market darling,” he says.

“We have a small but solid collector base who are truly seasoned and always on the lookout to add a piece to their collections, whereby they finally pull the trigger on a blue-chip artist they have been after for a long time, or an up-and-coming artist that they decide to support.”

Over the last two years, the gallery has onboarded young talented artists, who tend to do extremely well in this market. “Pokras Lampas is a prime example. In 2016, he was the youngest artist selected for the Sharjah Calligraphy Biennale, right after we had signed him exclusively. We subsequently organised his first solo show later in the year, which sold out almost immediately. Taher Jaoui is yet another young artist that I started showing, and the response with both new and seasoned collectors has been encouraging since the demand for his artworks has been consistently strong over the past year.”

The emotional returns you get from owning a piece of art far outweighs the financial ones, says Gaillard, who has a background in private banking. “This might sound cliché but it is an absolute truth that can only be understood once you’ve made your first acquisition. It is a fallacy that good art is necessarily expensive, and I have been fighting tooth and nail to break this perception. Art collectors often become – without realising - art investors, but it is never the other way around.”

Over the last two years, Gaillard has been approached by an increasing number of people who are vocal about purchasing art solely as an investment but he doesn’t think that art is ever sold purely for vanity reasons, even in the region. “Sure, having a Picasso is bound to boost the ego of the collector who displays it in his living room, but there is usually a more solid foundation to the purchase.”

Almost half of the artworks sold by Dubai Opera Gallery serve to fulfil a narrow overlay of personal taste and form of expression. “The other half is sold as a wall décor, even if I believe the term does not accurately represent the mindset that people are in when they do the acquisition. When people come to us with a very basic approach, it is our job – and duty, I might add – to elevate the conversation. When we can transition from a purely functional acquisition to a passion purchase, we have done our work correctly.”

The US and China remain by far the main drivers of the art world, the numbers don’t lie. The Geneva and Monaco galleries, where Gaillard has worked before in a similar capacity, sell a lot of modern masters because their clients are, for the most part, seasoned buyers and have a pretty good idea as to how they want to grow and steer their collection.

“Hong Kong is a bit more eclectic, but for example, we have noticed that photography fails to sell well in this part of the world.

“Out of observation, the Dubai market seems to be very responsive to colourful and busy pieces. I have tried to introduce abstract minimalism on several occasions to no avail. The message also seems to carry a bit less weight than the technique or the overall visual feel of the artwork. Collectors tend to be drawn to artworks in which they perceive – sometimes wrongfully – that the artist has put a lot of time and effort into.

“It is extremely hard for me to sell a Miró locally; as I consistently get hit with the proverbial – and frustrating – ‘my kids can draw this’.”

The Middle East is still an emerging market when judging by size or collecting behaviour. Let’s not forget that art is something relatively new for the region, not the craft per se, but rather the economic model attached to it. “This being said, in a fairly short amount of time, the region has achieved several strategic milestones. Galleries, both local and international, are present permanently in the region,” Gaillard remarks.

Despite the positive take-up, there are some regional challenges that the gallery manager faces. “There are some themes that simply I won’t be allowed to explore, out of respect for the local culture. These boundaries definitely allow for a narrower margin of manoeuvre which I have to comply and compose with. Being part of such a large network of galleries, however, gives me access to thousands of pieces, and most of the time I’m able to achieve the desired curation goal.

“After selling, curating is the favourite aspect of my job. The biggest challenge that we face is to stay relevant. Curating is all about story-telling, and finding a way to tie different artists or pieces together in an elegant manner. The challenging part is to make everything fit together perfectly,” he explains.

“It probably doesn’t make the job easier that the Dubai gallery is quite large – in fact, the second largest in the group by surface after Paris – and therefore calls for lots of works to be on display. “It is also very open, so I have to make sure that wherever you stand in the gallery, nothing will feel out of place.”

It helps that Gaillard has been an art lover for as long as he can remember. “I started buying during my teenage years. At the time, being a student, it was all about asset allocation and compromise. I remember opting out of a night out on the town with my friends because I would rather spend the money on an art book or a small art purchase.

“My first acquisitions were – by economic constraints – pictures, most of them for less than a hundred dollars, but it surely felt back then that I was buying a Picasso. The passion for art and the joy of collecting never left. Even during my tenure as a private banker, I would spend an equal amount of time on Bloomberg and Artnet every morning, which I still do.

“Art, and collecting in general, brings me a satisfaction that is hard to put into words,” concludes Gaillard.

Perhaps we should let the great master, Pablo Picasso, explain the magic of art in his own words, “The purpose of art is washing the dust of our daily life off our souls”. 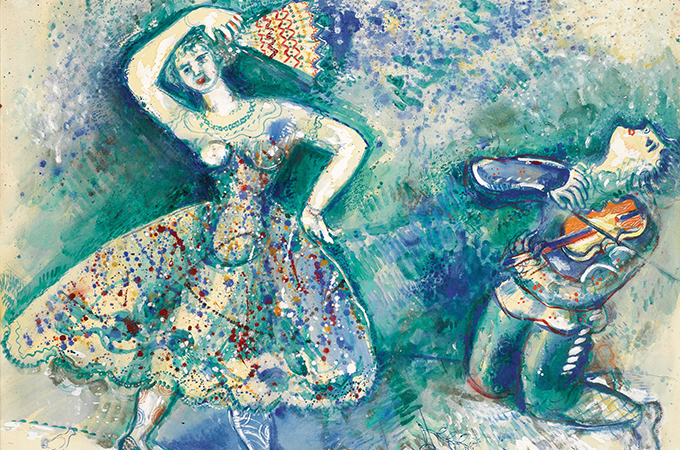 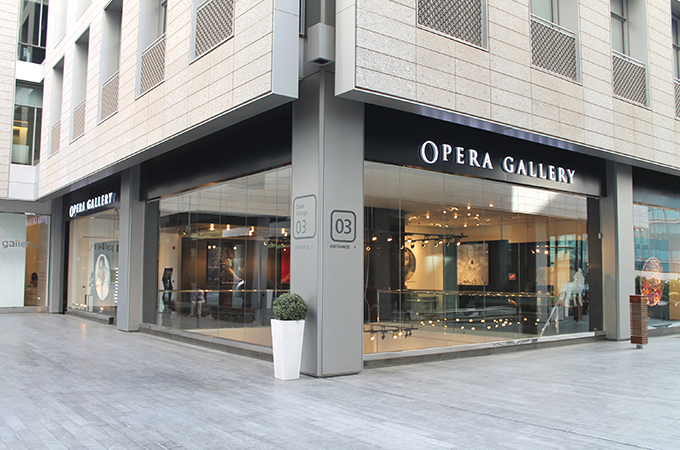 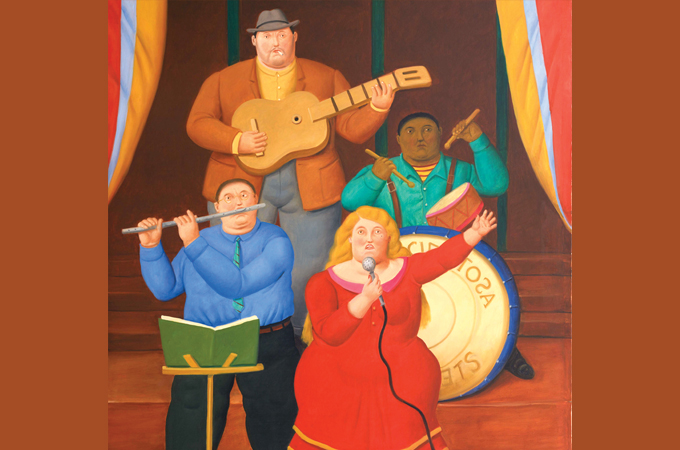 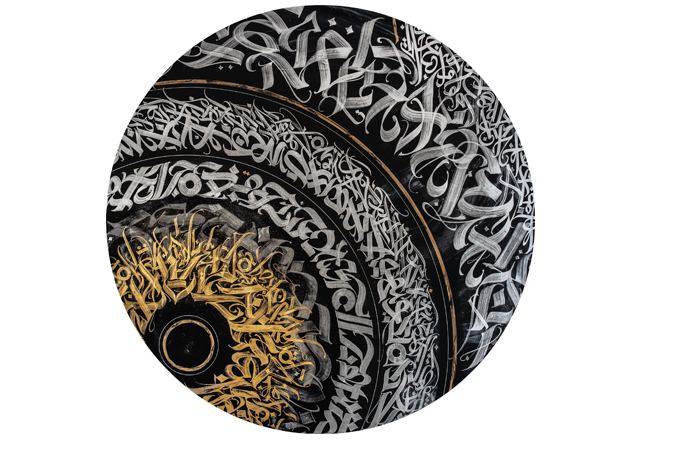