Gulfstream’s new G500, a technologically-advanced, all-new, clean-sheet aircraft, has entered service bringing in a new generation of innovation and design

Gulfstream Aerospace, a wholly-owned subsidiary of General Dynamics, is a major participant at the upcoming Bahrain International Airshow 2018.

The manufacturer of one of the world’s most technologically-advanced business jets, recently enjoyed a proud moment when it delivered the first all-new Gulfstream G500 aircraft, officially marking the arrival of a new generation of innovation and design.

A North American customer took delivery of the record-breaking aircraft at Gulfstream’s Savannah headquarters, just shy of four years after the aircraft was announced in October 2014.

“We’re proud of the work we and our suppliers have done to deliver a technologically-advanced, all-new, clean-sheet aircraft that exceeds our customers’ expectations and continues the long standing Gulfstream tradition of excellence,” said Mark Burns, President, Gulfstream.

The G500 received both Federal Aviation Administration (FAA) type and production certificates on July 20, 2018. The aircraft enters service with proof of both its performance capabilities and cabin comfort, from the award-winning Symmetry Flight Deck to Gulfstream’s newest seat designs, thanks to the more than 5,000 hours flown by the G500 for company and FAA development, demonstration and certification testing.

The G500 also established more than 20 new city-pair speed records during a high-speed world tour earlier this year. The tour, which covered 44 cities and 18 countries on six continents, demonstrated the G500’s reliability and maturity and showcased the cabin and flight deck to customers.

Meanwhile, Gulfstream showcased the new G500 and G600; the flagship and award-winning G650ER; the high-performing G550; and the super-midsize Gulfstream G280 at the 2018 NBAA-BACE show in in Orlando, Florida.

“For 60 years, companies and individuals – initially in the US and now worldwide – have recognised the value of business aviation and the strategic benefits of operating a Gulfstream aircraft,” said Mark Burns, President, Gulfstream. “We are proud to present our line-up of extraordinary business jets in Orlando, particularly our new G500 and G600, which redefine the standard in the industry for safety, advanced technology and performance. Game-changing aircraft like these make for an aviation experience that is second to none.”

The G500 and G600, in particular, have been the focus of Gulfstream’s recent design initiatives. The company’s space at Orlando Executive Airport and its exhibit at the Orange County Convention Center comprised the G500 flight experience, which incorporates a pilot’s seat and includes a signature feature of the aircraft’s revolutionary Gulfstream Symmetry Flight Deck, the industry’s first active control sidesticks.

A LED floor, where customers could view full-size aircraft floor plans and design their own seating arrangements, was a big draw at the Gulfstream stand.

At the convention centre, the Gulfstream exhibit included a digital reality experience that highlighted customer support capabilities in repair and overhaul. Gulfstream personnel on-site discussed features and benefits of customer support programmes such as Connectivity Service and Aircraft Ownership Service, along with technology upgrades.

MANHATTAN CENTRE: Gulfstream has opened a sales and design center in Midtown Manhattan. The nearly 8,500-sq-ft space expands Gulfstream’s portfolio of showrooms and sales offices, intended to enhance the customer experience with centralised locations and white-glove sales and design service.

Gulfstream’s Manhattan Sales and Design Center serves one of the world’s busiest business aviation regions. The space features dynamic digital tools and thousands of material samples that help launch the customisation and personalisation of every Gulfstream aircraft.

“At Gulfstream, we continuously strive to elevate the customer experience,” said Burns. “Establishing a customer-focused space in New York City, an international business hub, complements our significant worldwide footprint and better positions us to support our customers in Manhattan, whether they are based in the region or visiting from around the world.” v 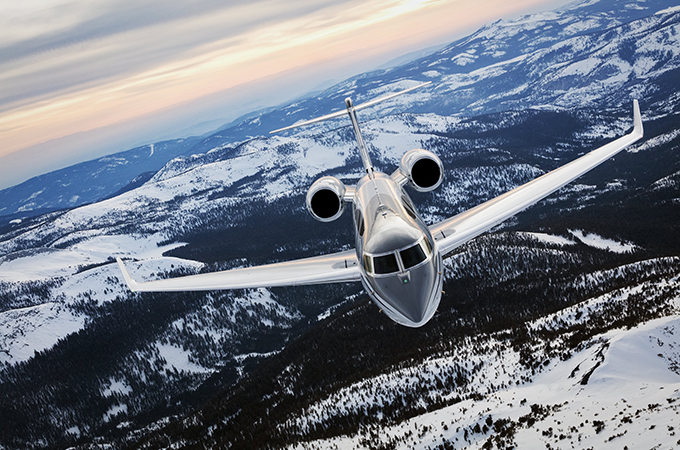 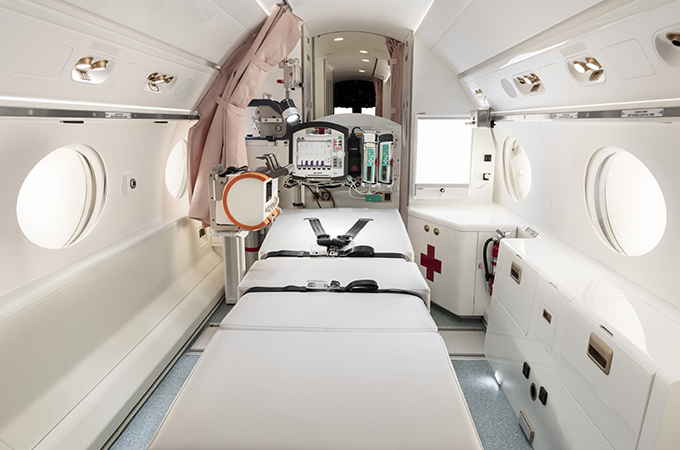 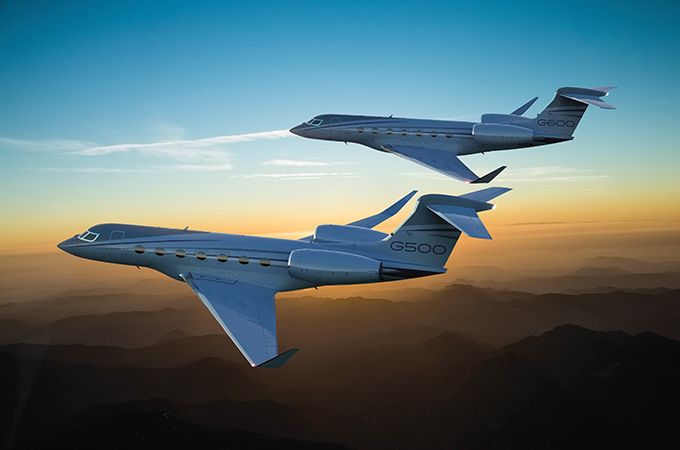 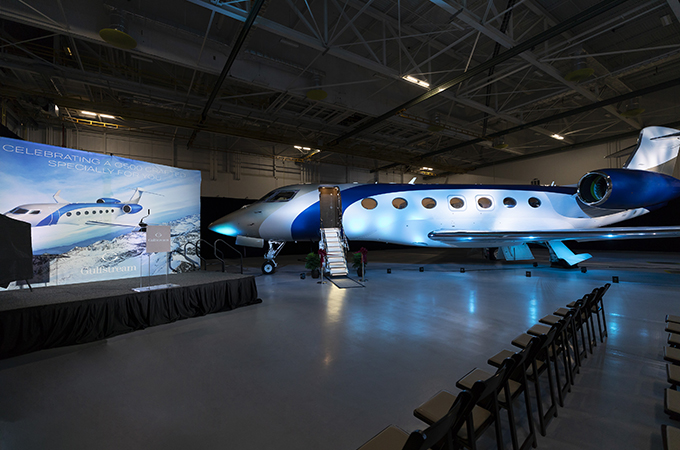