The business employs 190 staff in seven locations throughout the Gulf region, providing Agency, Management and Consultancy advice in both the Commercial and Residential sectors.

The deal, which was completed on May 31 will see Savills take full ownership of Cluttons Middle East, a brand which has been established in the region for more than 40 years.

The business will be re-branded Savills during 2018. Cluttons Middle East’s 190 strong team will transfer to Savills global platform with immediate effect. The full retention of Cluttons Middle East leadership team and employees will ensure clients not only continue to benefit from the same regional expertise but also benefit from Savills global platform.

The region has been a strategic target for Savills, and the acquisition sees Savills establish its first wholly owned business in the Middle East having previously been represented by associates in the region. This new Savills business in the Middle East provides a vital bridge between Savills expanding European business and its established Asian operation, further strengthening Savills global coverage.

Savills has developed some strong relationships with its associates in the region over many years, including DMB International in Bahrain, headed by Donald Bradley who, together with his team, will become part of the new Savills Northern Gulf operation.  Harry Goodson Wickes will continue as Head of Northern Gulf, overseeing the Bahrain, Saudi Arabia and Egypt businesses.

Mark Ridley, Savills Deputy Group Chief Executive, says: “The Middle East region is key to the global economy and its continued economic development, increased government investment and a young population will continue to accelerate its significance.

“The acquisition of Cluttons Middle East geographically links our European and Asian business by enhancing our EMEA platform.  With a market leading position, and strong local leadership, we will be able to offer a high quality service to both existing and new clients as we look to expand our platform of services.”

With offices across the UAE, Bahrain, Egypt, Oman and Saudi Arabia, Cluttons Middle East is the most established Real Estate Advisory business in the region, servicing a large portfolio of clients ranging from international corporate and institutional investors, to private individuals and families. The company has built its market leading reputation working on some of the region’s landmark residential, office, retail and industrial projects.

Steven Morgan, Chief Executive at Cluttons Middle East, comments: “Despite economic headwinds across the region in recent years, Cluttons Middle East has grown from strength to strength and Savills acquisition is testament to our current position in the market.  This acquisition by Savills is an incredibly positive and exciting opportunity for all Cluttons Middle East clients and employees as it will merge our regional expertise with Savills global capabilities.  We are confident that the new consolidated offering will enable Savills to become a market leader in the region from the outset and we look forward to introducing the new brand to our clients and the wider market in the Gulf.” 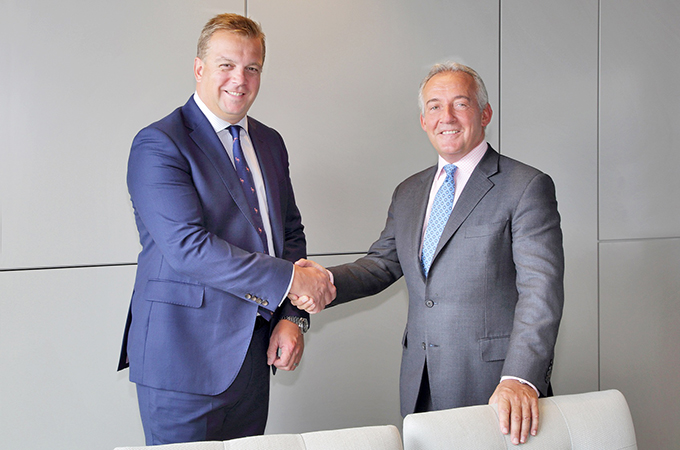