Gulfstream Aerospace Corp has announced that its G500 is nearing completion of function and reliability (F&R) testing, which will mark the end of the flying required for US Federal Aviation Administration (FAA) type certification later this summer.

Gulfstream’s other in-development aircraft, the Gulfstream G600, is also well into its certification programme.

“We share our customers’ excitement about the G500’s pending certification and entry into service,” said Mark Burns, President, Gulfstream. “The work we’ve done over thousands of hours of testing will result in an all-new aircraft that performs with a level of maturity and reliability atypical of a clean-sheet design. The five G500s in the program are accumulating considerable flying hours, as planned, and performing extraordinarily well. The rigor and discipline of our program, which began with lab work years before our first flight, give us complete confidence that the aircraft we deliver to customers this year will surpass their exacting standards.

“The Gulfstream G600 programme continues to benefit from what we’ve accomplished with the G500. We have had excellent results in G600 certification testing and are scheduled to begin field-performance testing this summer.”

The G500 has also completed certification tests for flight into known icing and high-elevation conditions.

During F&R testing, the fourth G500 flight-test aircraft stayed aloft for a programme-best 11 hours and 12 minutes, traveling 5,204 nautical miles/9,638 km. The 300 hours of F&R testing required by the FAA for aircraft with new engines will ensure the G500, including its components and equipment, is reliable and functioning properly. This is done by flying the aircraft in conditions representative of normal in-service experience, the company said.

Gulfstream has been demonstrating the reliability, maturity and readiness of the G500 during a six-month world tour slated to end on June 10 in Paris. So far on the tour, the G500 has logged more than 240 flying hours and over 100,300 nautical miles during 69 flights to 41 airports in 21 countries on six continents.

To date, the five G500 aircraft in the flight-test program have accumulated more than 4,955 flight hours over more than 1,355 flights.

The G600, meanwhile, recently finished collecting data that will be used by FlightSafety International to build a Level D full-motion simulator. The aircraft is currently undergoing mechanical systems certification testing. The five G600 aircraft in the flight-test program have logged more than 1,950 flight hours during more than 510 flights.

Meanwhile, Gulfstream announced that Europe’s leading business aviation airport, TAG Farnborough Airport, has been chosen as the location for its London Area Service Centre with a state of the art, purpose-built facility expected to be operational by the third quarter of 2020.

The new maintenance, repair and overhaul (MRO) facility will include office space, customer areas, shop space and a hangar able to accommodate up to 13 large-cabin aircraft. Significant ramp space will also be included, along with a car parking area. The entire facility is projected to cover approximately 180,000 to 220,000 sq ft. 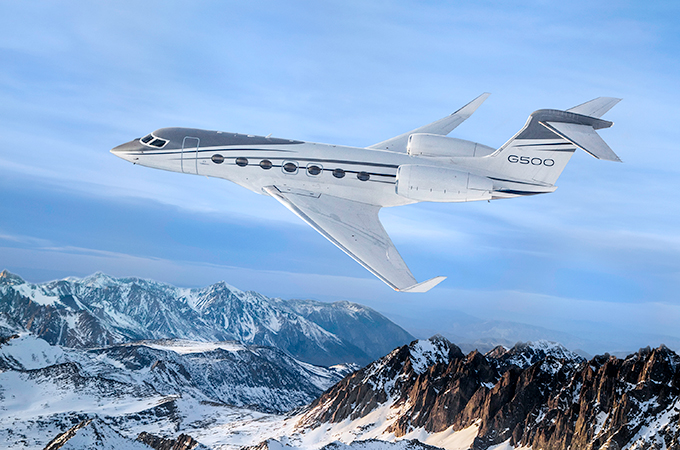 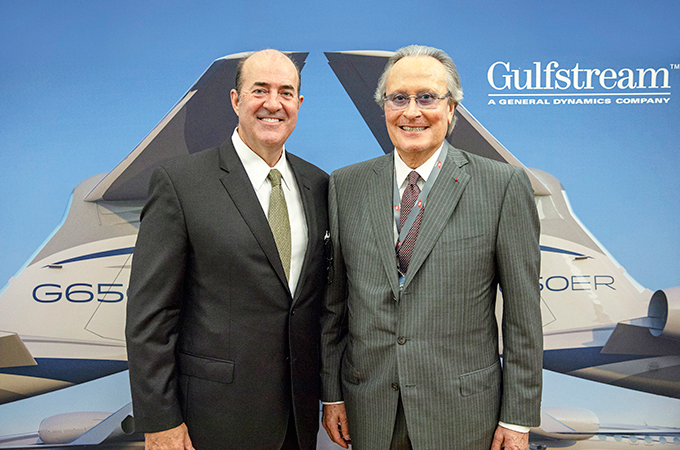 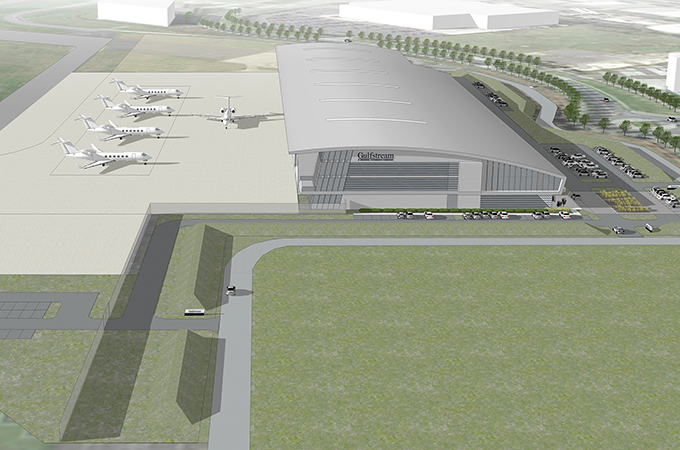