GCC investors are being offered a rare opportunity to own a $20-million apartment in one of the most desirable Hyde Park Gardens project in London.

This property in one of London’s most established residential addresses, has been launched just as areas of prime central London return to positive growth, said Martin Bikhit, Managing Director at Kay & Co.

The stylish five-bedroom apartment, which is being marketed by Kay & Co, is prominently positioned in the highly sought-after Hyde Park Gardens.

Hyde Park Gardens is famed for its terrace of elegant, stucco-fronted townhouses dating back to 1836, designed by architect John Crake, and has long been considered one of the most desirable places to live in London. The row of townhouses is Grade II listed and lies within the Bayswater conservation area. Benefitting from incredibly rare views, the apartment overlooks Hyde Park to the south as well as having access to the beautifully kept, award-winning, communal gardens.

Bikhit stated: “It’s very rare these homes come up for sale, so we are delighted to be marketing this apartment in Hyde Park Gardens. It is without doubt one of London’s premier addresses. You will be in good company, this 19th-century London terrace has been home to many famous residents over the years, including movie star Keira Knightley and Queen Noor of Jordan.”

Spread over four floors comprising more than 4000 sq ft, this apartment provides some very impressive living space. The grand entrance leads into a high-ceiling main reception room full of natural light courtesy of the sash windows that look out over the park. For those with impressive art collections, the large wall space offers the chance to display some of their favourite pieces.

The property has been refurbished to the highest standard by its current owners, featuring bespoke joinery throughout and a wide array of luxury fittings and touches.

In addition to its presitigious address, the apartment is well served by transport including easy access to Heathrow from Paddington Station. It will also benefit directly from the arrival of Crossrail in 2018.

The design has been impeccably planned and executed down to the finest bespoke details. From the antique brass trim, bookmatched marble and silk wallpaper to the Gaggenau appliances, the apartment displays a masterful blend of modern luxury and classical elegance.

The apartment is priced at £15 million ($20.3 million) and includes a share of the freehold.

On Middle Eastern buyers in London, Bikhit said: “2017 saw 22 per cent of our buyers come from the Middle East, a figure which has risen by another 10 per cent in the first half of 2018 and we expect it will go up in the second half of the year. The majority of Middle Eastern investors who are buying now are doing so because they can see that there is an opportunity to purchase a property for a good price, particularly when you factor in the point that many properties in London have been reduced by 10-15 per cent in the last year.

“We also see repeat investors from the Middle East who are doing business here or have children in school in the UK. They prefer luxurious apartments in historic buildings with lifts, concierge and underground parking. Penthouses with views of Hyde Park from Mayfair or Bayswater are desirable options.” 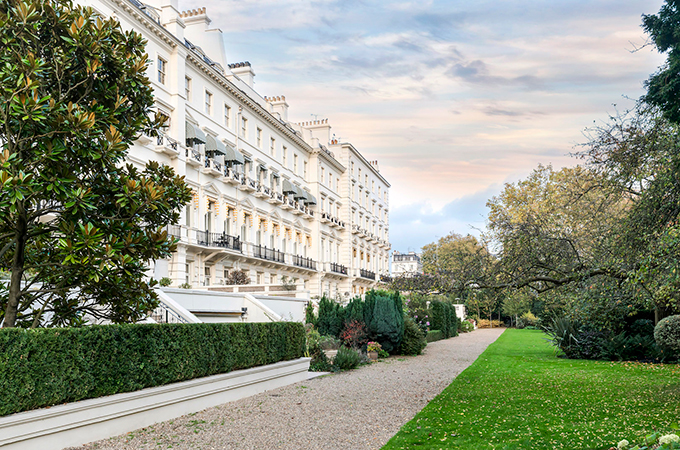 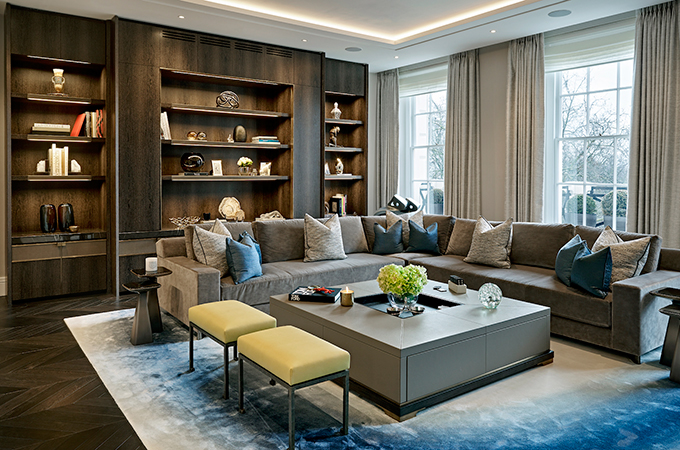