The certification was handed over at a ceremony at EASA’s headquarters, in Cologne, Germany, last month.

The approval enables entry into service of the aircraft in the member states of the European Union as well as in EASA associated countries.

“EASA’s certification is a very important achievement for the Legacy 500, which is introducing advanced technologies and superior comfort in the midsize class,” says Marco Túlio Pellegrini, President and CEO of Embraer Executive Jets. “The approval of this revolutionary aircraft is a testament to our commitment to deliver true innovation to the market.”

“This certificate demonstrates the excellent safety performance of Embraer aircraft and the outstanding cooperation spirit which is in place between EASA, the Brazilian Airworthiness Authority ANAC and Embraer, making excellent use of the EU/Brazil Bilateral Aviation Safety Agreement,” says Norbert Lohl, EASA Certification Director. “It was Embraer that received the first EASA Transport Airplane Type Certificate in 2004 and are receiving now, 10 years later, another important one for the Legacy 500.”

The Legacy 500 has met or exceeded all performance expectations, having also received certification from Brazil’s ANAC (Agência Nacional de Aviação Civil) in August and from the US’s FAA (Federal Aviation Administration) in October. The Legacy 500 is now able to begin operations in Europe, Brazil, US and in countries that require EASA or FAA certification. The first Legacy 500 was delivered to a Brazilian customer, on October 10.

The Legacy 500 has the best-in-class six-foot flat-floor cabin, which is comparable to those of some aircraft in the super midsize category. Eight club seats may be berthed into four beds for complete rest in a cabin altitude of 6,000 feet. The in-flight entertainment system consists of a high definition video system, surround sound, multiple audio and video input options, a cabin management system, and three options for voice communications and connectivity.

The Legacy 500 is capable of flying at 45,000 feet and is powered by two Honeywell HTF7500E engines, the greenest in their class. Taking off from airfields as short as 4,084 ft, the jet has a range of 3,125 nautical miles (5,788 km) with four passengers, including NBAA IFR fuel reserves, which enables it to fly non-stop from São Paulo (Brazil) to Caracas (Venezuela), Los Angeles (US) to Honolulu (US), Teterboro (US) to London, Moscow (Russia) to New Delhi (India), Jakarta (Indonesia) to Sydney (Australia), Dubai (UAE) to Zurich (Switzerland), and Beijing (China) to New Delhi. 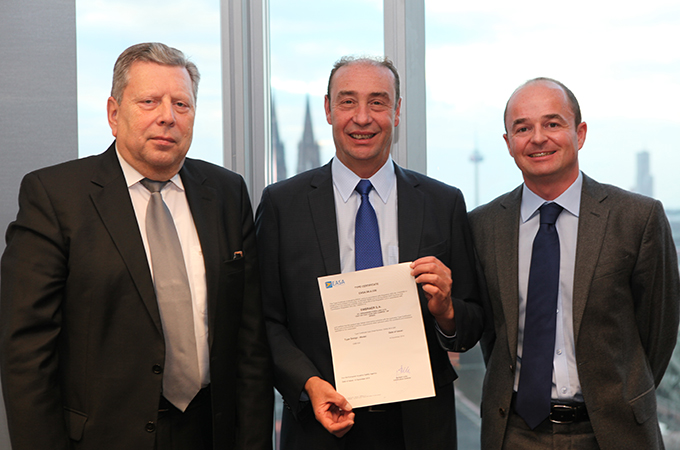 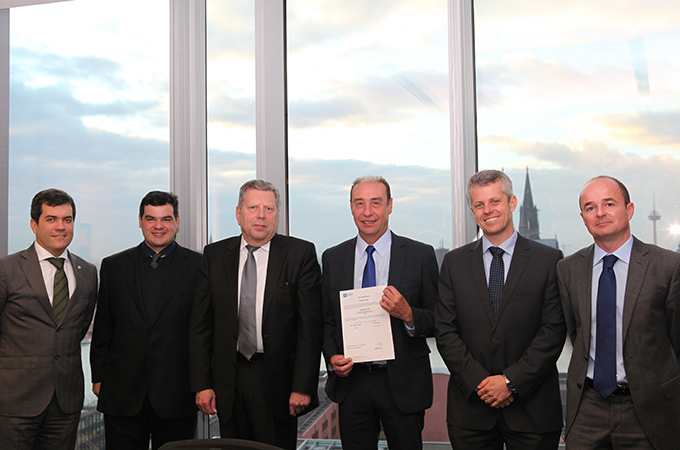