A space for thinkers, dreamers, art lovers and intellectuals, Louvre Abu Dhabi on Saadiyat Island beckons the onlooker with its serene façade and a promise of transporting one to a different space and time.

The first museum of its kind in the Arab region, it offers a new perspective on the history of art in a globalised world. Louvre Abu Dhabi is the result of a unique collaboration between Abu Dhabi, the capital of the United Arab Emirates (UAE), and France.

An iconic architectural masterpiece designed by Jean Nouvel, Louvre Abu Dhabi is located on the waterfront in Abu Dhabi’s cultural district on Saadiyat Island. The inaugural installation in its spacious collection galleries presented 600 works of art, half from its own rich holdings, and half consisting of stellar works visiting from its 13 partner museums in France. The museum also features special exhibitions.

The museum’s collection spans the history of humanity and will explore a universal narrative through artworks and artefacts from all over the world. The inaugural installation takes visitors on a chronological journey from prehistory to the present day, encompassing 12 chapters including the birth of the first villages; universal religions; cosmography; the magnificence of the royal court; and the modern world.

Architect Jean Nouvel has designed Louvre Abu Dhabi as a museum city (medina) that combines traditional Arabic inspiration with contemporary design and cutting-edge energy-efficient engineering. Visitors can walk along promenades overlooking the sea underneath the iconic dome, comprising 7,850 unique metal stars set in a complex geometric pattern. When sunlight filters through, it creates a moving ‘rain of light’, reminiscent of the overlapping palm trees in the UAE’s oases.

Nouvel said: “Louvre Abu Dhabi embodies an exceptional programme in the literal sense of the word. Its vocation is now to express what is universal throughout the ages. Its architecture makes it a place of convergence and correlation between the immense sky, the sea-horizon and the territory of the desert. Its dome and cupola imprint the space with the consciousness of time and of the moment through an evocative light of a spirituality that is its own.”

Ancient masterpieces from the collection include a Bactrian Princess created in Central Asia at the end of the 3rd millennium BCE, a Grecian sphinx from the 6th century BCE and an Iranian gold bracelet in the shape of a lion.

Visitors encounter works from universal religions, including sacred texts such as a leaf from the “Blue Quran” and a Gothic Bible, as well as a Standing Bodhisattva from the 2nd or 3rd century and a white marble Head of Buddha from China.

Highlights from later periods include an ancient astrolabe, part of a display showing the science of cosmography; a red Chinese lacquer chest of drawers produced in France by Bernard II van Risenburgh, which shows the crosscultural inspirations born from global trade routes; and Giovanni Bellini’s Madonna and Child, representing the emergence of religious art and iconography.

Works such as a Bronze Oba head from the Benin Kingdom and Jacob Jordaens’ The Good Samaritan demonstrate the magnificence of royal courts around the world.

The museum’s contemporary art collection has nine canvases by Cy Twombly and a monumental sculpture by renowned international artist Ai Weiwei. As part of an ongoing programme of commissions, Jenny Holzer and Giuseppe Penone have created monumental site-specific installations, exhibited under the dome in open air and embedded in Louvre Abu Dhabi’s architecture.

As part of the intergovernmental agreement between the UAE and France, Louvre Abu Dhabi has access to expertise and training from 17 French partner institutions. It will also benefit from the ability to borrow works of art from 13 leading French museums for 10 years, and from special exhibitions organised by these institutions for 15 years.

Additional works from regional and UAE institutions are also on view at Louvre Abu Dhabi. The National Museum of Ras Al Khaimah provides key objects including a pendant dating back to 2000-1800 BCE and a painted Neolithic vase, discovered on the 8,000-year-old settlement on Marawah Island off the coast of Abu Dhabi. Al Ain National Museum lends an important fragment of stucco from an ancient church in Abu Dhabi’s Sir Bani Yas Island.

Highlights of objects borrowed from within the region include a prehistoric stone tool dating back to 350,000 BCE, a milestone indicating the distance from Makkah in Kufic inscriptions and a funerary stele dating back to 700-900 CE from the Saudi Commission for Tourism & National Heritage; a collection of over 400 silver dirham coins from the National Museum of Oman; and an 8,000-year-old, two-headed figure Ain Ghazal Statue from Jordan’s Department of Antiquities.

The Children’s Museum at Louvre Abu Dhabi is an exploratory space providing the opportunity to engage with artworks from Louvre Abu Dhabi’s collection to young visitors (aged 6-12) and their families. It presents its own special exhibitions, with artworks displayed in specially designed cases at children’s eye level and interactive mediation tools. With a range of immersive and interactive zones, the Children’s Museum offers a programme of hands-on activities and educational workshops.

The inaugural exhibition in the Children’s Museum is titled Travelling Shapes and Colours. It explores shapes and colours, such as floral and geometric ornamentation, through a selection of works from artistic traditions across the globe, including 16th-century Turkish ceramics, 18th-century decorative French vases and a 19th-century painting by German artist Paul Klee.

Louvre Abu Dhabi has worked in close collaboration with the Abu Dhabi Department of Education and Knowledge, schools and universities in the UAE to develop educational materials and initiatives for students of all ages.

In a collaborative effort running since 2009, Louvre Abu Dhabi and other Saadiyat Cultural District museums have organised a variety of programmes to engage and develop audiences with a wide range of backgrounds, interests and ages.


A haven for museums

The Emirate of Abu Dhabi is shaping into a leading global arts and cultural hub, with plans for a diverse array of world-class museums and international cultural platforms of expression presented in Saadiyat Cultural District. Once all the projects are realised, the location will boast a seamless display of artistic achievement and architectural excellence.

The opening of Louvre Abu Dhabi marks the beginning of a series of museum openings on Saadiyat Island, including the Zayed National Museum, and Guggenheim Abu Dhabi.

Designed by Frank Gehry, The Guggenheim Abu Dhabi will be a pre-eminent platform for contemporary art and culture that presents the most important artistic achievements of our time. The museum’s collection will encompass art in all mediums produced around the world from the 1960s to the present day, and will be a catalyst for scholarship in a variety of fields, chief among them the history of art in the Middle East in the 20th and 21st centuries. The building itself will be an experiment in inventive 21st-century museum design. 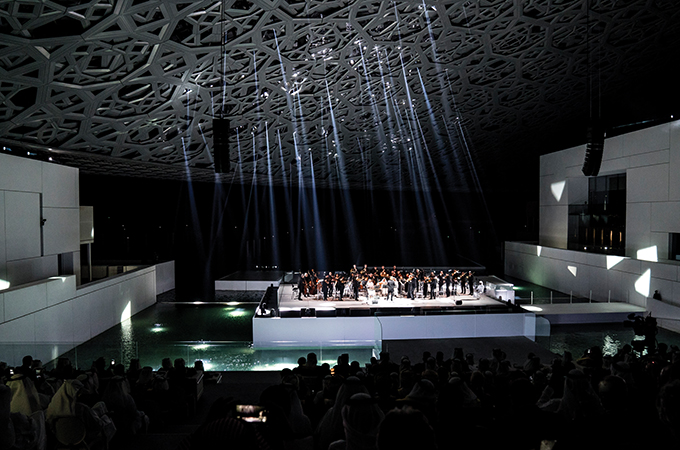 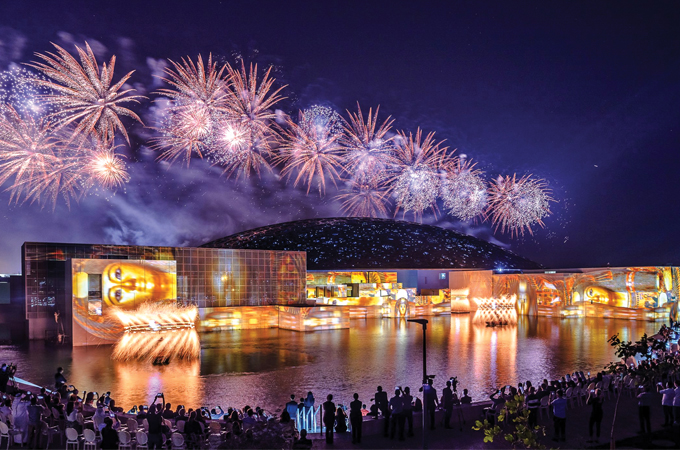 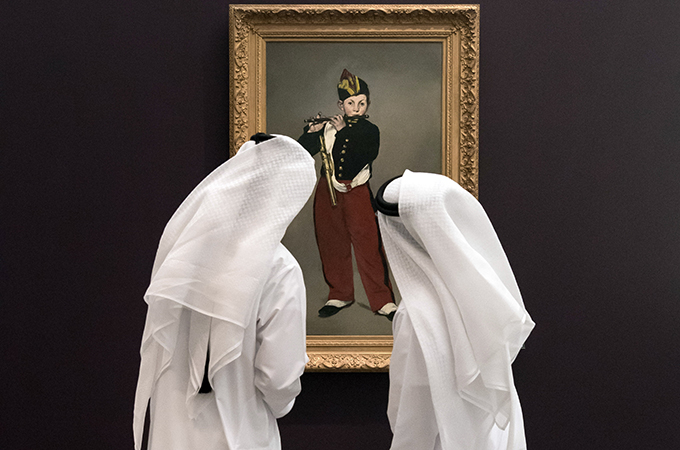 "
Louvre Abu Dhabi’s iconic dome comprises 7,850 unique metal stars set in a complex geometric pattern. When sunlight filters through, it creates a moving ‘rain of light’, reminiscent of the overlapping palm trees in the UAE’s oases