“The Gulf is a key market for business aviation and operators place a high premium on the performance, robustness and advanced technology of Falcon jets, inherited from Dassault fighter aircraft programs,” said Dassault Aviation Chairman/CEO Eric Trappier. “That’s why customers in the region are reacting so enthusiastically to the 8X. It offers the best combination of range, cabin comfort and operating efficiency of any business jet on the market.”

The big trijet 8X can fly non-stop from New York to Abu Dhabi or Abu Dhabi to Adelaide, yet is still capable of landing at restricted airports like Gstaad and Lugano, Switzerland, that are typically inaccessible to large business jets.

The Falcon 8X features the quietest and most comfortable cabin in business aviation and can accommodate a wide variety of configurations, including a large entryway that can easily be converted into a certified crew rest area for very long flights. It offers an industry leading digital flight control suite and is available with a wide range of state of the art options, including Dassault’s revolutionary FalconEye Combined Visual System.

The first head up display in the industry to integrate synthetic and enhanced vision capabilities, FalconEye ensures superior situational awareness in all conditions of operation, day and night, and will ultimately make it possible to reduce minima in low visibility landing conditions, providing a substantial operational benefit as well. 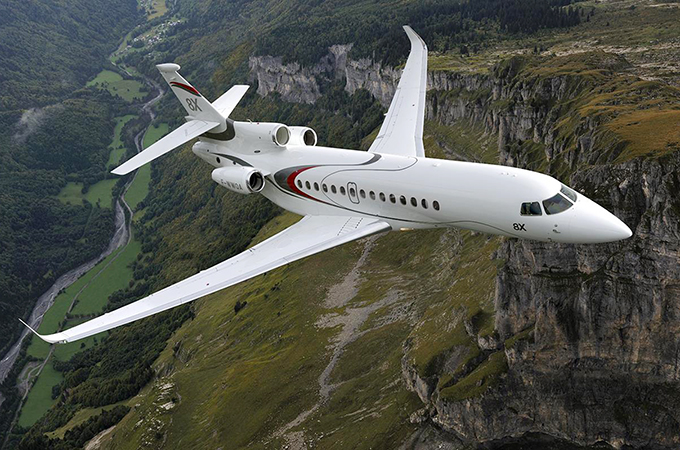 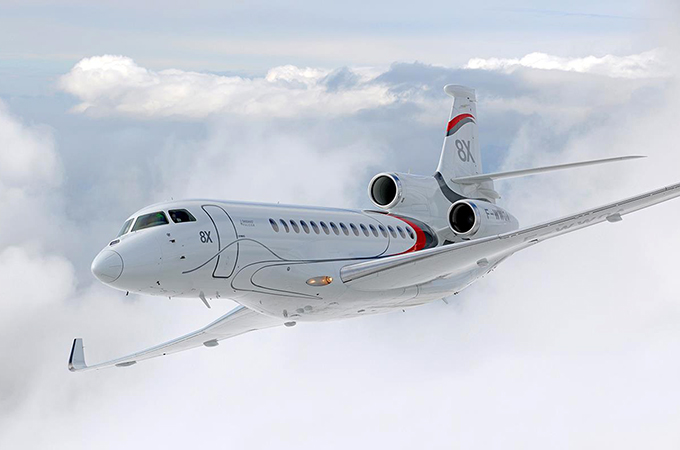