With the participation of over 1,200 exhibitors representing the entire spectrum of the aerospace industry and an expected 72,500 trade visitors across its five-day run, the show is set to exceed previous editions.

Of particular attraction this year are the new feature pavilions and conferences: the Space Conference and Pavilion with speakers including Apollo 15 Command Module Pilot Col. Al Worden, USAF-Ret; Cargo Zone, the UAS Summit and Airport Solutions which has been re-launched by Tarsus F&E LLC Middle East for 2017 as part of the Airport Solutions Global Series.

Other popular features that return this year include the Gulf Aviation Training Event (GATE), now in its fourth edition, having expanded to include panel discussions on maintenance and crew training in addition to pilot training. Futures Day, aimed at inspiring the next generation of aerospace professionals, will also return on Day 5 of the show in conjunction with leading UAE universities.

The flying display will include aerobatic teams PLAAF August 1st Air Demonstration Team from China; the Russian Knights and the UAE’s Al Fursan. Also taking to the skies will be an Airbus A350 and a Beriev BE200 ES demonstrating its firefighting ability. There will also be helicopters including the TAI T129 attack helicopter performing for the first time at the Dubai Airshow and large number of military aircraft such as a US Airforce F16, UAE Mirage 2000 and a Taqnia AN132.

The purpose built static park will feature over 160 aircraft on display, including Airbus A380s from both Emirates Airline and Etihad Airways; the Motor Sich Mi2 and Mi8 MSB-T helicopters; business jets such as a Gulfstream G650ER and Bombardier Global 6000 Anka MALE Class UAV. Appearing at the Dubai Airshow for the first time will be the Sukhoi Superjet 100 and the Japanese Air Force Kawasaki C2, in addition to first time exhibitor Calidus displaying two aircraft: the B-250 Bader and the TX-C.

“We are looking forward to an exciting and successful Dubai Airshow 2017,” said Michele van Akelijen, Managing Director of show organisers Tarsus F&E LLC Middle East. “The Dubai Airshow truly represents the centre of the aerospace industry and we are pleased to welcome the industry’s key players from around the globe.”

Of the 1,200 exhibitors at the Dubai Airshow 2017, a large number travel from all around the globe with 30 per cent of exhibitors from Europe and 40 per cent from the Middle East, plus many from further afield. In addition, around 10 per cent of the exhibitors travel from the Americas with the majority of these hailing from the US and Canada.

Many of the show’s 100 first time exhibitors this year come from around the globe and include Rockford Xellerix, the UAE’s only independent provider of wiring, interconnect and system solutions for the defense, aerospace, and marine industries; the Japanese Ministry of Defence; and Vector Aerospace, a Canadian MRO provider. Others include Aerospace Maintenance Solutions from the US, Nordic Aviation Capital from Ireland and D.Marchiori from Italy.

The Dubai Airshow takes place from Novemebr 12 to 16 and is open to trade visitors from within the aerospace industry. Visitor tickets can be purchased from www.dubaiairshow.aero and are valid for the full five days. 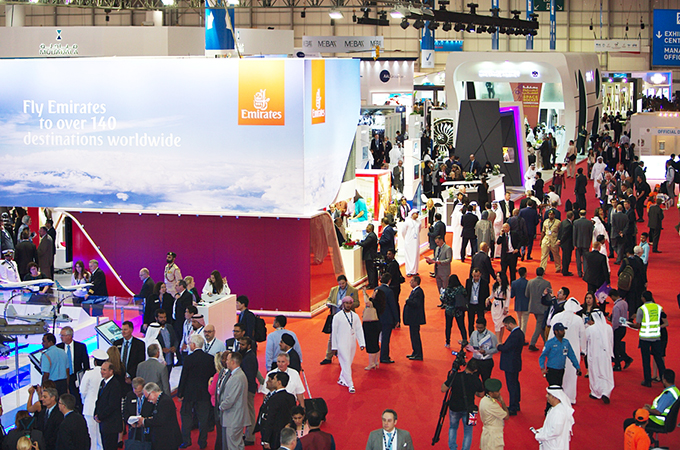