Alsalam Aerospace Industries in Saudi Arabia is very much at the leading edge of profound changes transforming the defence and aerospace industries across the Middle East.

These changes are reshaping the global aviation and aerospace industries landscape, with the region’s enhanced national capabilities and investments providing a host of business opportunities for the future.

As the leading aerospace centre in the Middle East, Alsalam Aerospace is spearheading a strategy to make Saudi Arabia a destination of choice for customers, facilitated by formidable local manufacturing capabilities, global industry partnerships, and deepening partnerships with Saudi academic institutions and local industry support.

Alsalam Aerospace has high ambitions and by 2030, the company’s goal is to be in a position to manufacture its own aircraft from start to finish, drawing on expertise from Boeing and other leading aerospace players.

These are praiseworthy goals in the knowledge economy, with Saudi Arabia taking the lead in the development of a cluster of aerospace industries fully aligned with the kingdom’s Vision 2030 initiative.

Affirming Saudi Arabia’s increasing economic stature as a fast-growing G20 country, the kingdom continues to strengthen its competitiveness in advanced industries, investing in Saudi talent and drawing from its formidable cadres of human capital to meet future aerospace demand.

Earlier this year, Alsalam Aerospace Industries changed its name from Alsalam Aircraft – which was established in 1988 – to reflect a profound shift in its future growth trajectory with enhanced capabilities and sky-high ambitions.

Operating in a prime location on the apron of King Khaled International Airport in Riyadh and close to the private aviation terminal, Alsalam Aerospace’s facilities are the centre stage for the growing cluster of high-technology companies.  Its facilities cover more than 56,000 sq m and include three aircraft maintenance hangars that can accommodate wide-bodied jets, with specialist docking and access systems, technical, repair and extensive purpose-built facilities.

The evolution of Alsalam Aircraft Company is impressive, covering a wide range of technical and engineering services for commercial, military, corporate and VIP aircraft developed over the last three decades.

Its first project in the early 1990s was a Boeing 737 entering the facility for a D-check, after Alsalam received accreditation and certification as a repair station. More recently, Alsalam Aerospace has embarked on local manufacturing and aircraft assembly aligned with national development and strengthening strategic partnerships as the company looks to the future with confidence.

The company has built its reputation at the highest levels of certification for maintenance, repair and overhaul (MRO) as well as pioneering the design and execution of luxury interiors for VIP aircraft. These competencies include commercial and military aircraft, maintenance, repair, modification and upgrades.

Alsalam Aerospace is now at the forefront of aerospace manufacturing in Saudi Arabia and further enhancing its assembly and MRO capabilities, which now include the manufacture of wings, forward fuselages and pylons and adaptors for the F-15SA programme in partnership with Boeing, the original equipment manufacturer (OEM). With Alsalam, Saudi Arabia has become one of only two countries in the world outside of the US with these specialist local capabilities.

As well as strengthening its strategic position, Alsalam Aerospace is widening its advanced engineering portfolio and building on its competitiveness as a fully fledged local manufacturer through increasing industrial collaboration, enhanced global industry partnerships and a serious investment programme.

This national strategy reflects a paradigm shift in the scope of its local capabilities including advanced manufacturing, aircraft assembly and specialist engineering expertise.

By enhancing its strategic partnerships and intensifying effective knowledge transfer, Alsalam Aerospace is leveraging from its deep relations with the Saudi armed forces and other defence and security services as well as decades-long service to the commercial aviation sector.

“Alsalam has progressed and built upon its core capabilities in maintenance, repair, modification and upgrading. This includes platforms such as the Typhoon and Tornado, the F-15 programme and the C-130 upgrade and modification programme. Our vision and mission is to become a complete aircraft manufacturer by drawing from our strategic manufacturing partners such as Boeing and other leading aerospace partners,” he says.

Alsalam Aerospace continues to invest in advanced capabilities which also include the conversion of the Royal Saudi Air Force F-15S to an F-15SA configuration, using F-15SA wing assemblies and fuselages manufactured by the company.

The F-15SA is the most advanced production F-15 ever built, including full fly-by-wire flight control systems and a host of electronic systems.

Earlier this year, Alsalam Aerospace became a partner in the establishment of the Saudi Rotorcraft Support Company (SRSC), a partnership that includes Boeing and Saudi Aerospace Engineering Industries (SAEI), to boost capabilities in defence and commercial rotorcraft in Saudi Arabia. The new facilities for Saudi Rotorcraft will be a national asset, enhancing the maintenance and overhaul support of rotorcraft in Jeddah and Riyadh.

Alsalam Aerospace Industries was established under the Saudi Economic Offset Program to develop technology transfer into a self-sufficient aviation industry for Saudi Arabia with the support of the Ministry of Defence and the Royal Saudi Air Force. It has a 55 per cent stake from Boeing Industrial Technology Group, 25 per cent from Saudia, and minority stakes from Saudi Advanced Industries and Al Bilad International Technology and Industry.

Alsalam Aerospace will be at Stand 930 at the Dubai Airshow. 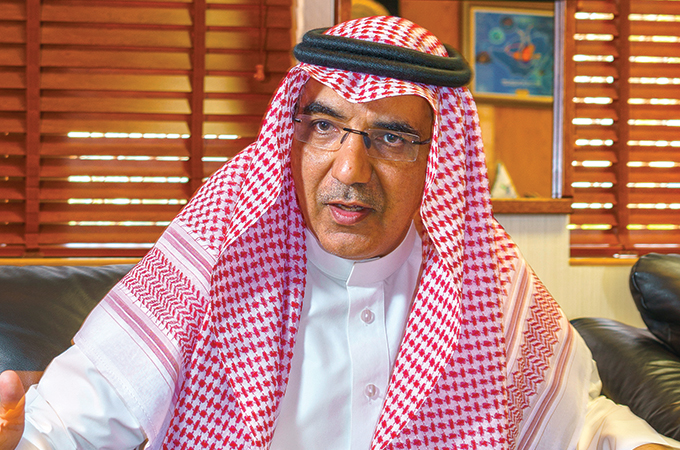 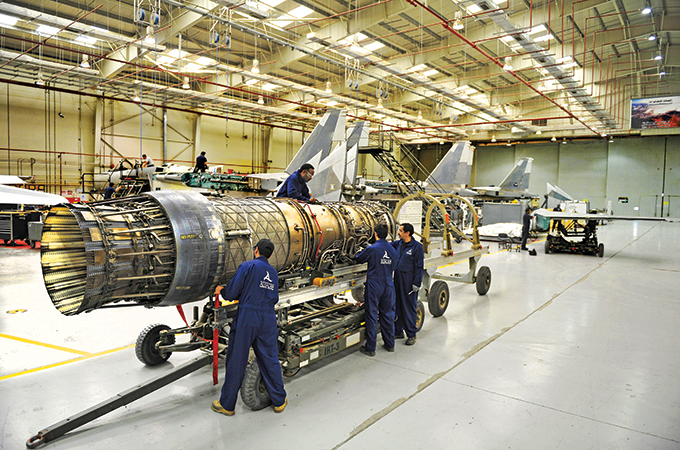 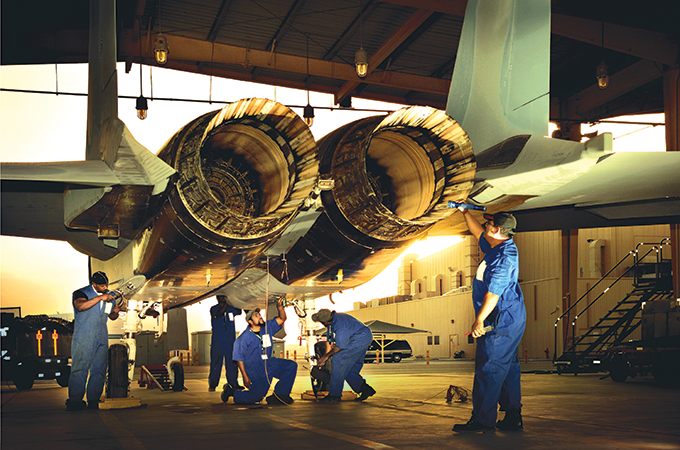 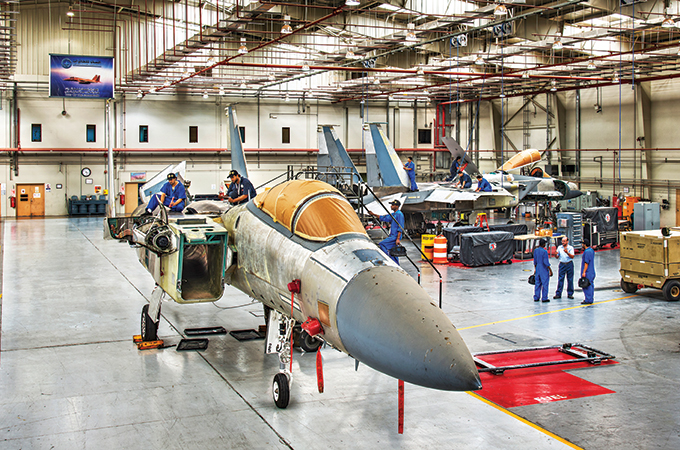 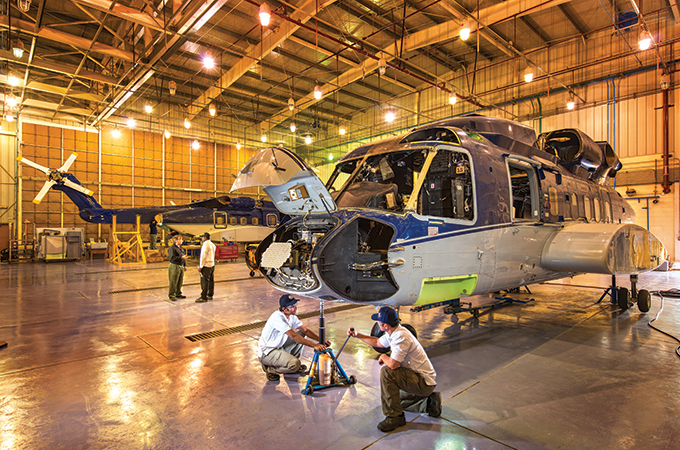 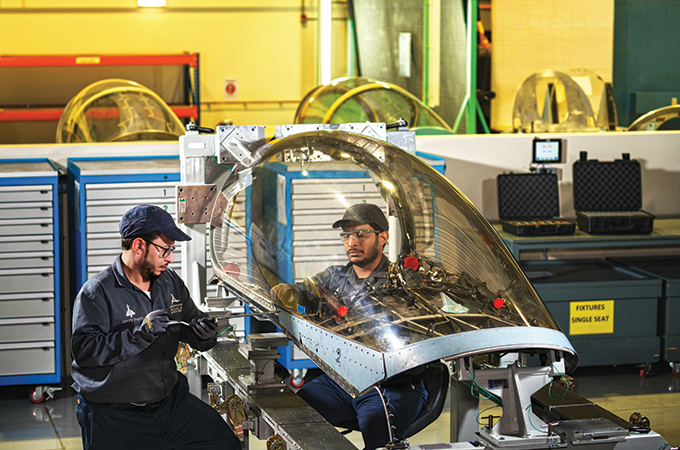 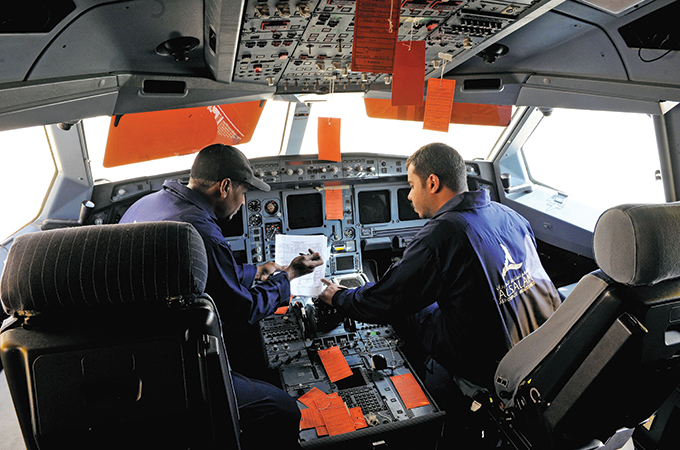 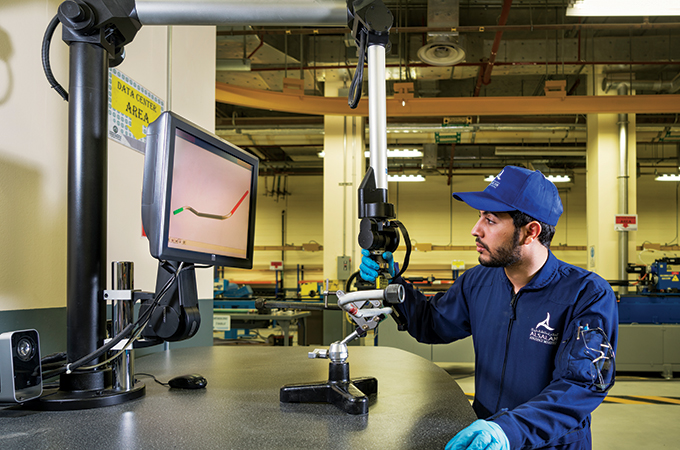 "
The company has built its reputation at the highest levels of certification for maintenance, repair and overhaul (MRO) as well as pioneering the design and execution of luxury interiors for aircraft completions