DFS operates a dedicated Falcon support service for customers in Europe, Africa and the Middle East

Dassault Falcon Service (DFS) is celebrating its 50th anniversary this year, barely a year after the 100-year anniversary of its parent company, Dassault Aviation.

The milestone is a tribute to the key role the subsidiary has played in building the Falcon brand. Launched in 1967 as Europe Falcon Service, DFS has grown to become the biggest Falcon support organisation in the world, with 640 employees, approvals from more than 20 national airworthiness authorities and activities in maintenance, upgrades, FBO (fixed base operation) services, training and air charter.

Its primary maintenance, overhaul and repair (MRO) facility, located at Paris/Le Bourget, is the largest in the world dedicated exclusively to Falcons, with seven hangars and 25 aircraft bays.

“Since its inception fifty years ago, DFS has committed itself to optimising interaction and proximity to Falcon operators and ensuring that they enjoy access to the best and most complete package of support services available in the industry,” says DFS General Manager Jean Kayanakis. “Maximising customer satisfaction and maintaining ownership value remain our primary objective.”

In 1988, in cooperation with Flight Training International, it set up the Falcon Training Center, also at Le Bourget. The centre recently installed the first full flight simulator for Dassault’s new ultra-long range Falcon 8X trijet. In 2004, under its present name, DFS founded its first satellite service centre, in Rome, Italy, and later added facilities in Nice, France and London/Luton, UK,  and more recently, in Moscow/Vnukovo, Russia, and Libreville, Gabon. All told, the satellite network handles some 1,500 customer events annually.

DFS also took over responsibility for customer support in India and China and beefed up its GoTeam and Aircraft on Ground (AOG) capability with FalconResponse, a portfolio of AOG services developed by Dassault Aviation that includes the industry’s first alternative lift offering.

DFS operates one of the two Falcon 900 aircraft used by FalconResponse to support customers. The programme has supported about 150 missions since it was introduced two years ago.

In November 2016, DFS officially inaugurated a second MRO centre in Mérignac, near Bordeaux, France, to service the Falcon 7X, 8X and future large body models to come. The inauguration was attended by Kayanakis, the Mayor of Bordeaux and President of the Bordeaux Métropole Alain Juppé, Dassault Aviation Chairman and Chief Executive Officer Éric Trappier, and Alain Rousset, President of the Nouvelle-Aquitaine region.

In May this year, DFS signed an agreement with Japan Air Lines (JAL) that will enable JAL customers to travel on to destinations in Europe and Africa not covered by the airline’s network using DFS’s charter fleet and Le Bourget FBO.

Meanwhile, in July this year, Dassault Aviation delivered its 2,500th business jet, marking yet another landmark event in the storied saga of the Falcon line. The aircraft, a Falcon 900LX, was handed over at the Little Rock Completion Center to a long-time Falcon customer based in the US.

The delivery represents a significant milestone for both the company and the Dassault Falcon line. The first Falcon was delivered in 1965, and in the half century since the Falcon 20 introduced executives to business jet travel, operators around the globe have been attracted by the passion for excellence, quality and technological innovation reflected in the brand, Dassault Aviation says.

With a generation of improvements, Falcons have remained the industry standard, from the first Falcon 20 up to today’s new Falcon 8X ultra-long range trijet, which expands the range and size of the family while offering industry-leading digital flight control and soundproofing capabilities.

With the addition of the all-new Falcon 5X ultra-wide body twinjet, set to enter the market in 2020, the Falcon line will cover the complete range of large cabin business aviation requirements, from super midsize on up.

”Over the half century it has been in operation, the Falcon fleet has amassed an amazing 17.8 million hours of flight time with some 1,230 operators in 90 countries around the world,” said Trappier. “Moreover, of the 2,500 Falcons delivered to date, more than 2,100 are still flying – which is a clear testimony to the high quality and robustness of our Falcon aircraft and the dedication of those that support them.”

Additionally, the Falcon line has been among the leaders in offering operators dependable round-the-globe 24/7 customer service. In addition to the network of 51 service centres, 100+ field reps and 15 spare parts centres with over $800 million in spares inventory, Dassault has been a  pioneer in optimising aircraft-on-ground support, notably through FalconResponse, with its alternative lift offering. 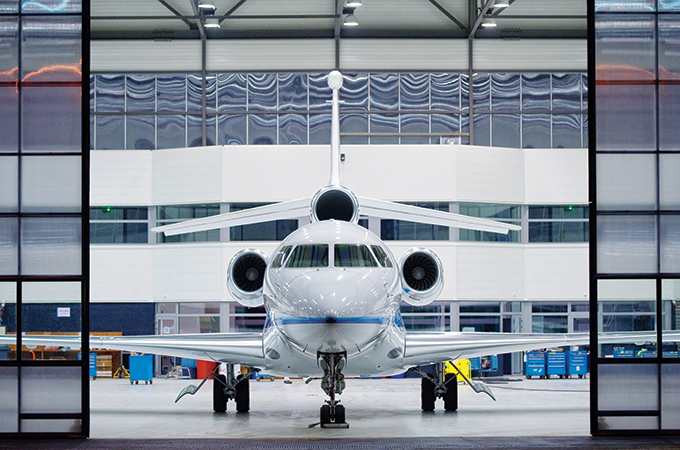 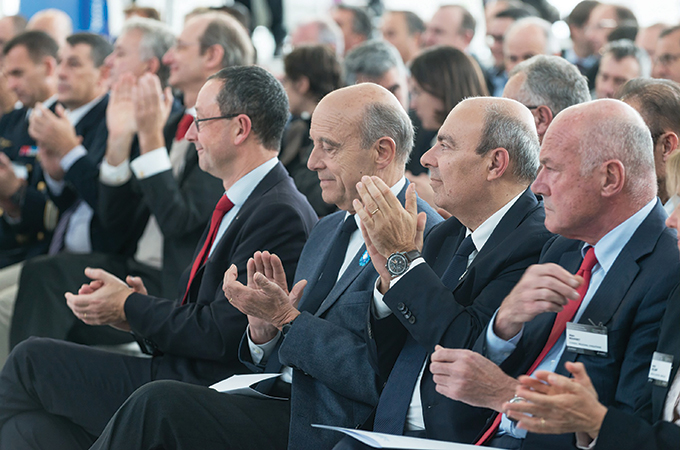 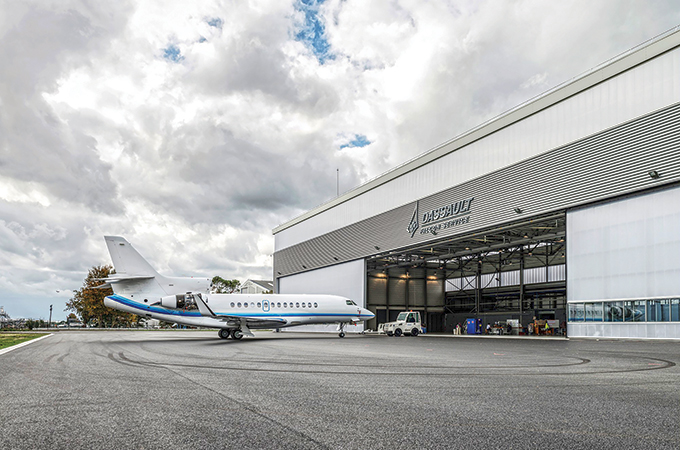 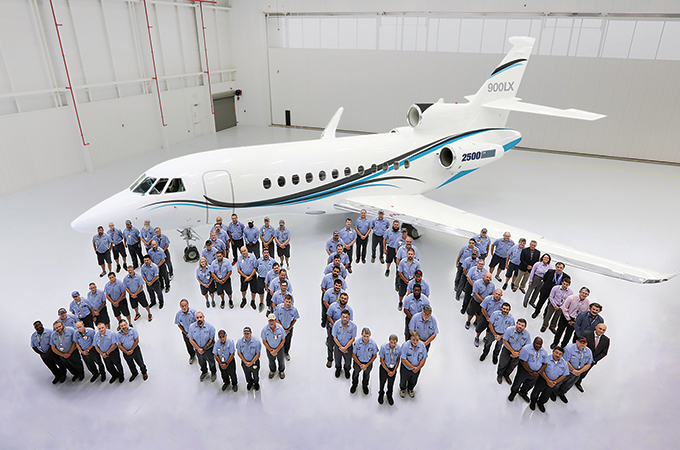 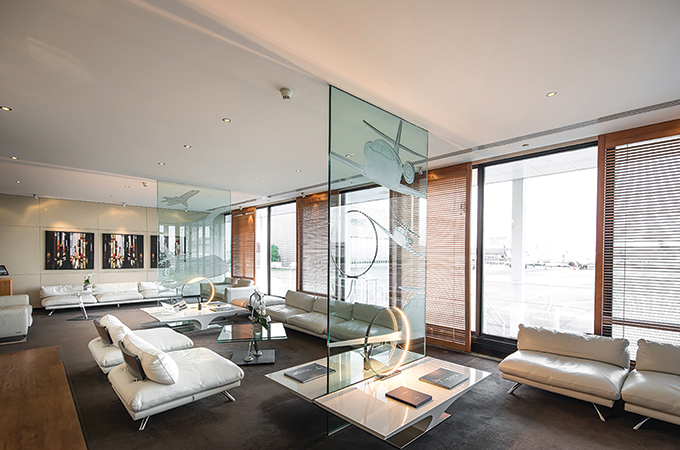