A wild and energetic painting of a horse by Maqbool Fida Husain, India’s most significant modern artist, will be one of the highlights at next month’s Bonhams Islamic and Indian Art sale in London.

Bonhams Head of Modern & Contemporary South Asian Art, Tahmina Ghaffar comments: “Untitled (Blue Black Horse) is a superb example of MF Husain’s bold and instinctive style. The artist worked quickly and confidently; his rapid, expressive brushstrokes reinforcing the sense of movement. Appreciation of Husain’s works has increased in the years since his death, and this painting will be a wonderful addition to any serious collection.”

Husain was born into a lower-middle-class family in Pandharpur, Maharashtra. His love of art manifested itself early, and as a youth he designed equine effigies for his town’s annual procession marking the death of the Prophet Muhammad’s grandson. From this point, horses became the most significant recurring motif in his work.

In 1947, only a few short months after India gained independence, Husain co-founded the Progressive Artists’ Group (PAG), alongside artists such as Francis Newton Souza and S H Raza. The purpose of the group was to break free from the British colonial past and its stultifying constraints, and create a uniquely Indian art, which explored the European modernist style with a focus on Indian subject-matter.

The later decades of Husain’s life were marred by controversy. In the 1990s, two of his 1970s paintings of nude Hindu goddesses came to light, causing Hindu extremists to accuse the artist of besmirching their faith.

The fanatics ransacked Husain’s home, destroyed his canvases nationwide and put a £7m bounty on his head. In late 2006, with further threats to his life and property, Husain left India for good. He then acquired Qatari citizenship, and spent his time between the UAE, New York and London.

Although he often expressed a desire to return to India, fear prohibited him from going.

Husain died in self-imposed-exile in London on June 9, 2011 at the age of 95, having completed some 20,000 paintings in his extensive career.

Other works on offer at the sale include a Zand silver-gilt celestial globe, a 14th century Timurid silver and gold inlaid bronze jug, a Mamluk steel helmet from Egypt from the late 15th or early 16th century, and an Ottoman Silver thread Mihrab Panel, circa 1900. 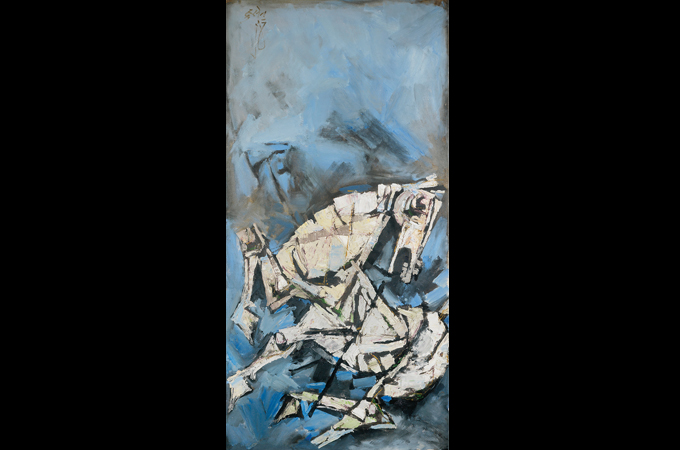 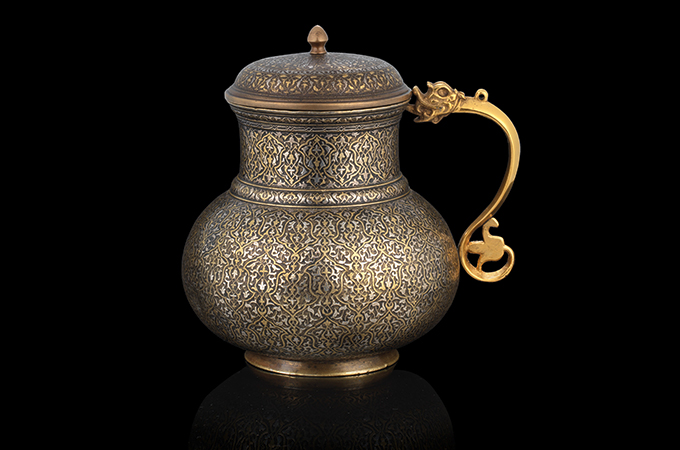 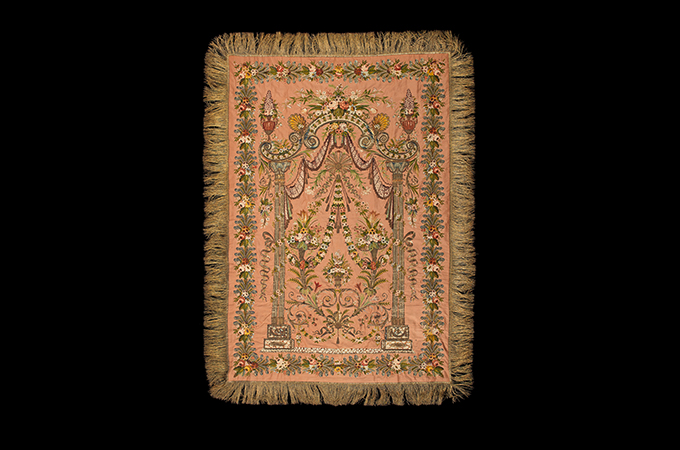