After two days of business, networking and sales, the MEBAA Show Morocco ended on a high yesterday at the Marrakech Menara Airport.

Exhibitors at the event travelled from four continents to be part of the growing business aviation industry in the region.

“During our second time exhibiting at the MEBAA Show Morocco, we were thrilled to meet Mohammed Sajid, Minister of Tourism, Air Transport, Crafts and Social Economy” said Mohammed El Masaoudi, CEO Air Ocean Maroc. “We were pleased to have the opportunity to speak to him face to face and discuss Morocco’s business aviation industry.”

“With the move to Marrakech Menara Airport, we have seen a larger contingent of visitors from Morocco and further around the region. This growth has been reflected in the quality of networking opportunities and business done at the event.”

Among those supporting the show were sponsors Bombardier and Gulfstream, plus a number of exhibitors from Morocco and further afield. The static display of the latest business aircraft featured a Gulfstream G550 and a Bombardier Challenger 650, both of which were popular with visitors keen to tour the onboard facilities.

Morocco is high traffic market for both business and leisure private aviation travel, and benefits from an ideal geographic location, governmental industry support and political stability, making it an ideal for development into an aviation hub.

“We are proud to have been involved in the second edition of the MEBAA Show Morocco,” said Zouhair El Aoufir, CEO of Office National des Aeroports (ONDA). He continued, “And of course we are already looking forward to the next edition in 2019 as we work towards encouraging the aviation industry as a whole to grow across Morocco and beyond.”

It represents over 254 companies within the MENA region and provides a number of products and services to its members, including MEBAA Insurance, one stop shop. In addition to various networking events, MEBAA hosts the MEBAA Show, which ranks as the third largest business aviation show in the world and MEBAA Show Morocco. 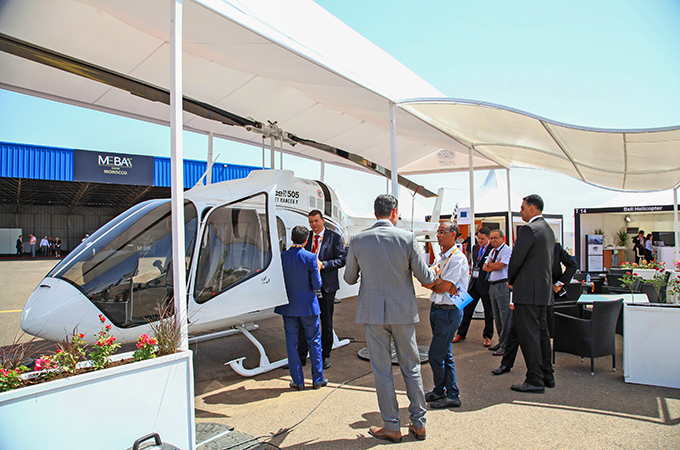