Gulfstream’s final G600 flight-test jet has flown for the first time. Outfitted with a complete interior, the aircraft serves as a cabin testbed to ensure a superior customer experience.

The aircraft is the fifth to join the G600 flight-test programme since it began in December 2016.

The G600 took off from Savannah/Hilton Head International Airport yesterday afternoon and during the 2-hour and 55-minute flight, the aircraft reached an elevation of 51,000 ft/15,545 m and a speed of Mach 0.85, before landing back at the airport.

“The goal of including a production aircraft in our flight-test programme is to ensure we deliver the most functional, comfortable and reliable cabin environment for our customers,” said Mark Burns, President, Gulfstream. “Our extensive testing will validate design and performance, so we can provide a cabin that exceeds expectations.”

To date, the five G600 test aircraft have accumulated more than 180 flights and 790 flight hours.

“We now have 10 aircraft flying in our concurrent Gulfstream G500 and G600 flight-test programs,” Burns said. “That’s a remarkable achievement for business aviation and a first for the company. It reflects the priority we place on adhering to a long-term strategy, investing in research and development, leveraging our ground-based labs and ensuring consistent and steady progress in aircraft development.” 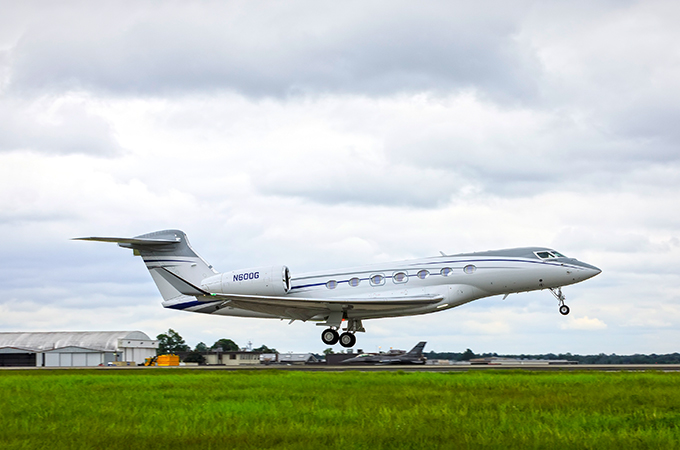