With an almost equal percentage of exhibitors from Europe to those from the Middle East, plus many from further afield, the air show will host representatives from the global aerospace industry.

In fact, many of the shows new exhibitors this year come from around the globe including Lubair Aviation from Hong Kong, Taurus Systems from South Korea, Bertin Technologies from France and TBS from Bulgaria, plus plenty of new representatives from across the Middle East.

Dubai benefits from a geographical advantage, being situated within eight hours flight of two thirds of the world and has established itself as an aviation hub between east and west as a result of this. The Dubai Airshow has grown exponentially since its inception 30 years ago as the industry recognises the importance of the region.

“The Dubai Airshow has always represented the centre of the aerospace industry,” says Michele van Akelijen, Managing Director of the show’s organiser Tarsus F&E Middle East. “Seeing the geographical representations of this years exhibitors, both new and returning, travelling to Dubai to be part of the show demonstrates that the Dubai Airshow really is the place for the industry to do business. We are looking forward to welcoming them all and of course to a successful show.”

Tarsus F&E Middle East is one of the most influential names in the aerospace industry's events sector, and which launched the very first Dubai Airshow in 1989, in conjunction with Dubai Civil Aviation Authority, Dubai Airports and the UAE Armed Forces.

Covering all aerospace-related events in the Tarsus portfolio, Tarsus F&E Middle East has a long-standing relationship with the global aerospace industry, an in-depth knowledge of the market and a hard-earned reputation for delivering event excellence. 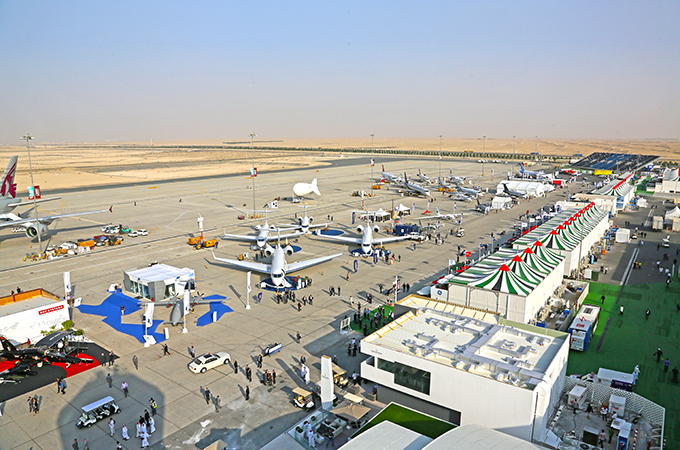