The Saudi company announced the purchase of the jet at the recent Middle East Business Aviation (MEBA) show in Dubai, UAE, where a mock-up of the aircraft was on show.

The 5X will be delivered in 2018 and Wallan Aviation will operate the aircraft for the company’s own use with the option to charter.

Held every two years, MEBA is organised by F&E Aerospace on behalf of the Middle East and North Africa Business Aviation Association (MEBAA) and this year’s edition was held at Dubai World Central (DWC) from December 8 to 10.

Based in Riyadh, Wallan Aviation already operates a Falcon 900EX EASy and a Falcon 900L and it believes that the Falcons - including the new Falcon 5X and 8X - are well-suited to the needs of the region, offering long range, spacious and comfortable cabins with low cabin pressure, and large luggage storage capacity.

The Middle East region accounts for 20 per cent of worldwide sales for the Falcon 5X, which was introduced in 2013. With a range of 5,200 nautical miles, it can fly non-stop from Dubai to Cape Town (South Africa) or from Riyadh to Tokyo (Japan).

Wallan Aviation has been operating in the Middle East for more than 20 years and has also expanded to other services in the aviation field, including charter, jet maintenance and a flight training academy. The company employs more than 800 staff, with a team of 35 dedicated to aviation.

“We chose the Falcon 5X because it is the right aircraft for the Middle East - it is so well adapted to the way we travel in the region and will sit alongside our current Falcons and other platforms, as our business continues to grow very steadily along with the regional market,” comments Wallan Aviation Chairman Saad Wallan, who is also a board member of MEBAA and the Saudi Aviation Club.

A passionate aviator and type rated pilot, Wallan says the company’s experience of operating Falcons has been very positive and “we are able to service and maintain all the aircraft ourselves, with the local support of Dassault”.

Gilles Gautier, VP Falcon Sales for Dassault Aviation, says: “We are delighted to announce this sale to Wallan Aviation, which is a well-established and highly respected general aviation company in the Middle East and with whom we have built a close working relationship. The 5X has been very strongly received in the regional market, where we continue to invest and expand our infrastructure and support team. Falcons are increasingly proving themselves with operators in the region and this helps develop experience and build confidence in the Falcon range, which also has attractive emissions and environmental credentials.”

There are around 65 Falcon jets already operating in the region. “Falcons are well-suited to the demands of our Middle East customers, offering long range and large, roomy cabins which are ideal for work or rest,” adds Gautier. “Falcons burn 20-40 per cent less fuel and offer up to 50 per cent lower operating costs than many aircraft in their class.” 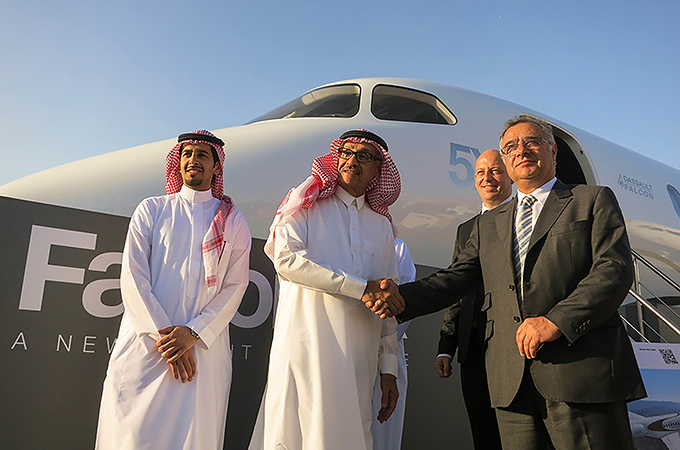 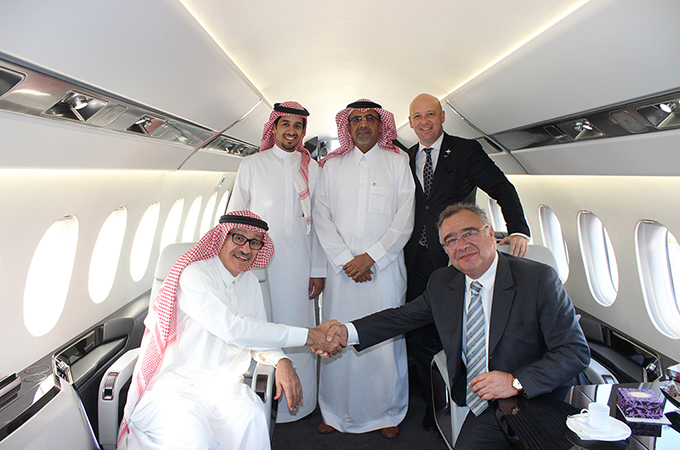 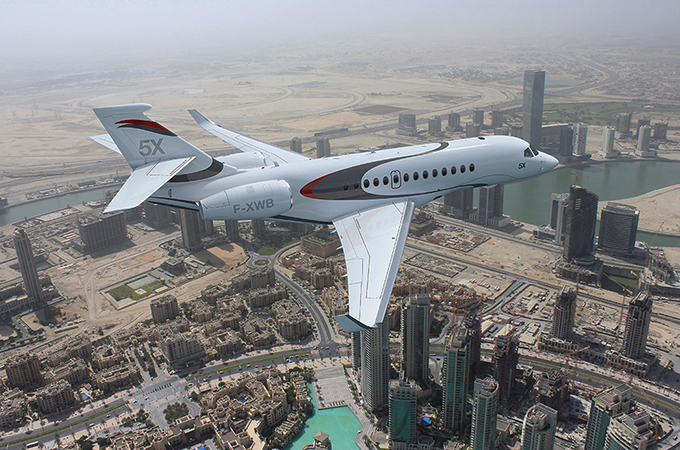