Gulfstream has delivered its 550th Gulfstream G550, solidifying the aircraft’s position as one of business aviation’s most popular jets.

“This milestone delivery affirms the continued demand for the G550, one of the most dependable and sought-after aircraft in the world today,” said Mark Burns, President, Gulfstream. “The G550’s best-in-class range and payload have earned it a lasting reputation as a versatile aircraft for business aviation and an ideal platform for special missions.”

Powered by two robust Rolls-Royce BR710 C4-11 engines, the G550 is said to have the longest range of any business jet in its class. It can carry up to 19 passengers between the world’s business capitals and can fly eight passengers and four crew 6,750 nautical miles/12,501 km non-stop, connecting New York with Dubai at Mach 0.80, or London with Los Angeles at Mach 0.85.

The aircraft has amassed more than 50 city-pair speed records during its more than 10 years in service, including London to Tokyo in just over 11 hours and Beijing to New York in just under 14.

“The G550 has set the standard others follow,” Burns said. “The only aircraft in service today that fly farther than the G550 are our own Gulfstream G650 and G650ER. The G550 was also the first to feature our award-winning PlaneView flight deck, which quickly became the new ideal in business aviation. The aircraft’s technological and safety advances even led the G550 to be awarded the prestigious Robert J. Collier Trophy.”

The Gulfstream G550 can fly at a maximum cruise altitude of 51,000 ft/15,545 m and at speeds up to Mach 0.885. A fully equipped G550 offers numerous possible cabin layouts and options to fit a variety of missions.

A wholly owned subsidiary of General Dynamics of the US, Gulfstream Aerospace Corporation designs, develops, manufactures, markets, services and supports the world’s most technologically advanced business-jet aircraft. Gulfstream has produced more than 2,500 aircraft for customers around the world since 1958 and offers a comprehensive fleet of aircraft comprising the G280, the G550, the G500, the G600, the G650 and the G650ER. Gulfstream also offers aircraft ownership services via Gulfstream Pre-Owned Aircraft Sales. 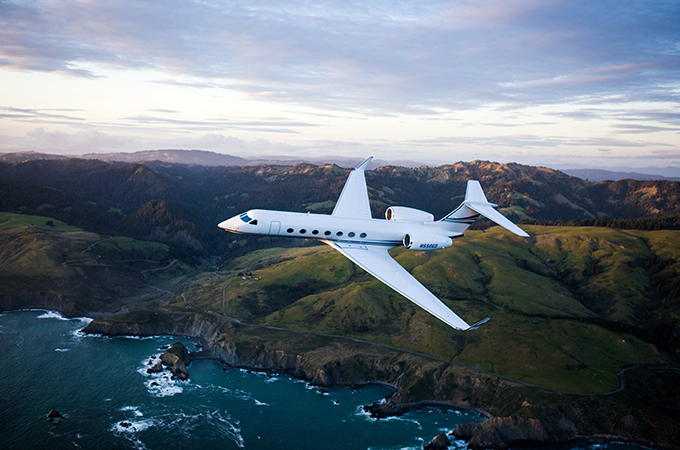