The first Legacy 500 midsize business jet assembled at Embraer’s facilities in Melbourne in the US has made its debut flight.

The milestone comes just eight months after the first Legacy 450 mid-light jet assembled in the Florida city took flight. The aircraft performed as expected and all flight test procedures were successfully completed.

“We are very pleased with yet another milestone for the Legacy 500 and we look forward to delivering the aircraft in the third quarter,” said Michael Amalfitano, President & CEO, Embraer Executive Jets. “This flight also marks a key milestone for our Melbourne operations, where we expanded our production facility and doubled our footprint.”

The Legacy 500 is the fourth business jet model to be assembled at the company’s Melbourne facility, where the Legacy 450 is also produced, alongside the Phenom 100 and Phenom 300. The Legacy 450 and Legacy 500 are also manufactured at Embraer’s production facilities in São José dos Campos, Brazil.

Embraer began its Melbourne aircraft assembly operations in early 2011 with the entry-level Phenom 100, followed by the Phenom 300 in August 2012, the Legacy 450 in June 2016, and the Legacy 500 in January 2017. Over the last seven years, the Company has delivered close to 250 Phenom and Legacy jets, valued at about $2 billion, from its Melbourne facility to customers across the US and to countries as close as Mexico and Canada, and as far as China and Australia.

Brazil’s Embraer is one of the world’s leading executive jet manufacturers, having entered the business aviation market in 2000 with the Legacy jet, which led to the launch of Embraer Executive Jets in 2005. Its portfolio, the broadest in the market, consists of the entry-level Phenom 100 and the light Phenom 300 jet, the midsize Legacy 500 midsize and mid-light Legacy 450, the large Legacy 650E, and the ultra-large Lineage 1000E.

Embraer Executive Jets’ global fleet exceeds 1,100 aircraft, which are in operation in more than 70 countries and are supported by the company’s global Customer Support and Services network of over 70 owned and authorised service centres, complemented by a 24/7 Contact Center, at its headquarters, in Brazil. 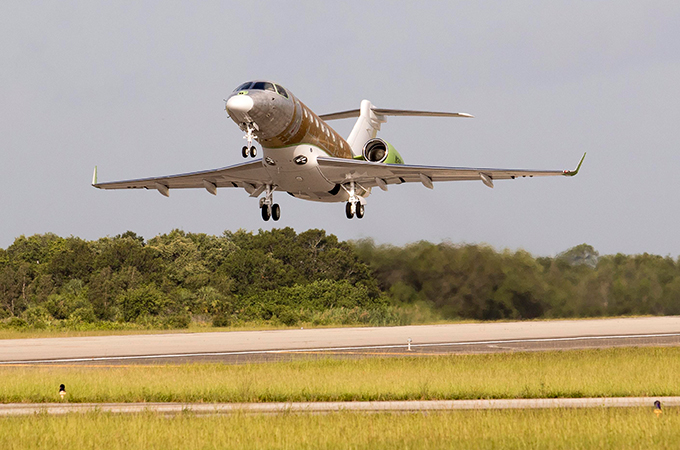 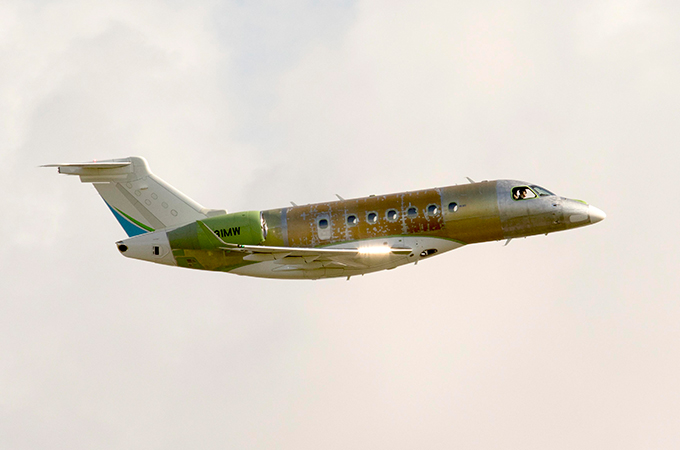