Revealing the news at the Middle East Business Aviation (MEBA) show in Dubai, UAE, the US firm said it will outfit an Airbus A330 “with a full VIP interior”.

The aircraft is scheduled to arrive at the company’s completions centre in Indianapolis in September 2015 and reports indicate that the work is likely to take up to two years.

The company says it has consistently demonstrated an ability to deliver on time the most customised and innovative interiors to their VIP customers.

In order to accommodate the A330 and future wide-body contracts, Comlux America has launched the construction of an extension to its hangar.

“This wide-body aircraft is the start of a new era in the development of Comlux America. We are now capable of offering completion and service work on the complete range of VIP aircraft and attract the owners of wide body aircraft, particularly present here in the Middle East.” says Comlux America’s CEO Jim Soleo. “Our team is excited by this new challenge and fully committed to deliver our first wide body with the best quality and on time.”

One the first day of MEBA, Comlux announced it is to buy two BBJ MAX 8 jets.

The three-day MEBA, which is being held at the Dubai World Central (DWC) aerotropolis, concludes today. 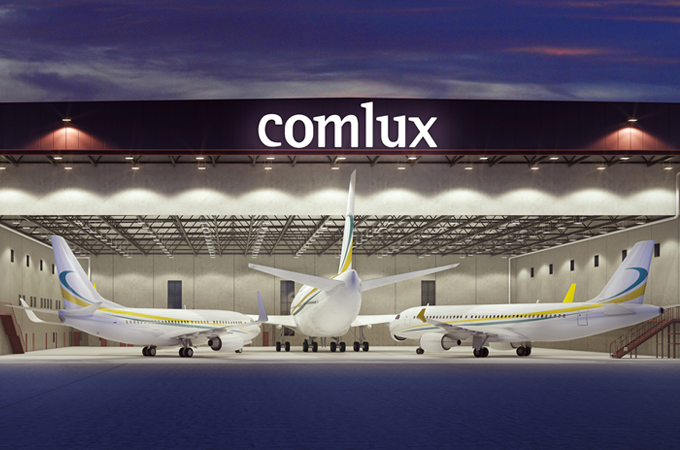