The agreement was revealed during the Middle East Business Aviation (MEBA) show, which is currently under way at DWC, billed as the world’s first purpose-built aerotropolis.

Under the agreement, the STTS Group, headquartered in Blagnac, will invest in a multi-purpose facility worth over Dh150 million ($40 million) that will cater to narrow-body airlines, VIP aircraft as well as business jets. The business case could develop into a capacity to service wide body aircraft, including the Airbus A380.

Bu Qara’a said: “With this new partnership, DWC has come closer to its ambition of becoming the only hub outside of North America and Europe to offer a complete ecosystem to the aviation and aerospace industry. We are setting the stage to enable our partners to connect better with a flourishing regional market and, by extension, to the global market.”

Scheduled for completion in the first quarter of 2017, it will be the Middle East’s first, independent aircraft facility to use state-of-the-art OEM-approved painting technology. It will be built to handle 25 wide-body aircraft and 35 narrow-body aircraft on an annual basis.

Cador added: “It is a great and challenging opportunity for STTS Group to be able to serve the Middle East market from Dubai World Central. Founded on a five-year relationship built with Emirates Engineering, the vibrant hospitality provided by DWC and the huge expansion of the fleet servicing the Middle East, we have decided to invest in an environment friendly and state-of-the-art operational setting. In line with our other operations, quality and on-time delivery will remain our main focus.”

The STTS facility adds to the DWC aviation and aerospace ecosystem, which now includes the recently announced Falcon VIP completions centre that will provide enhanced and customized services to VIP customers and will also feature a state-of-the-art hangar equipped to accommodate various aircraft, including an Airbus A380.

STTS Group employs 1,600 people in nine countries across Europe, China and Morocco. In 2013, STTS group painted a total of 360 aircraft, from the Citation and Learjet to the Airbus A380.

DWC is the world’s first purpose-built aerotropolis. Built around Al Maktoum International Airport, which will the largest airport in the world when completed and almost twice the size of Hong Kong, at 145 sq km, DWC has eight districts comprising logistics, aviation, residential, commercial, humanitarian, exhibition, golf and the airport itself. 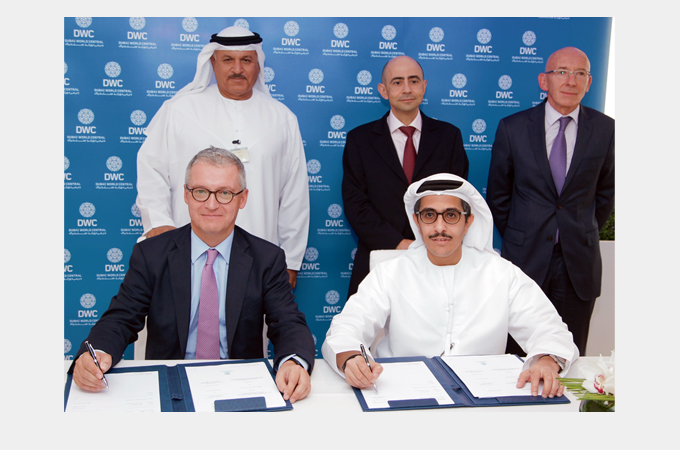