Dubai has started construction of an executive jet terminal, which will cater exclusively to business aviation at its Dubai World Central (DWC) ‘aerotropolis’.

DWC is also home to the UAE city’s second international airport – Al Maktoum International – which will be the largest in the world upon completion of multi-billion-dollar expansion, with a capacity of over 200 million passengers a year.

Covering an area of 6,000 sq m, the executive terminal is sited at DWC’s aviation district and is scheduled to be completed in the last quarter of 2015.

Revealing the news at the Middle East Business Aviation Association (MEBA) exhibition, Rashed Bu Qara’a, Chief Operating Officer, Dubai Aviation City Corporation, said: “DWC is partnering with industry leaders to build a complete ecosystem for a world-class aerotropolis, and the Executive Terminal is a step in the right direction. DWC’s Aviation District enables the seamless functioning of FBOs and is, therefore, ideally placed to host a project of this magnitude.”

Other key features of the terminal include dedicated facilities for customs, immigration and police, separate drop-off and executive lounge areas to ensure full privacy, as well as walkable, direct access to the apron.

Khaled Al Mulla, Chairman, Al Mulla Investment Group, said: “In keeping with our role as leaders in the FBO and MRO sector, we took a strategic decision to transfer our operations to the Aviation District in DWC due to the heavy air traffic at Dubai International Airport. DWC has the ideal infrastructure, competitive pricing and the flexibility that we need to do business, especially with regards to technical stops, where flights from Europe land for technical check-ups or for refueling purposes."

Founder and CEO Josh Stewart of XJet, a US-headquartered private aviation service provider, said: “DWC provides us with the perfect location to launch our exclusive club and transient operations. The world-class setup at DWC has encouraged us to relocate our global headquarters to our new facility which will be opening in 2015.”

Adel Mardini, CEO and President of Jetex, said: "The new executive terminal will complement the rapid growth of business aviation in the Middle East in general and in Dubai in particular. I am confident that DWC will exceed all expectations for success and Jetex will play a significant role in that success through providing first-class customer service."

Services at the executive terminal will be supported by a $80-million VIP completions centre being built by by Falcon Aviation which will be ready by the end of 2015.

The aviation district is a 6.7-sq-km master planned district within the aerotropolis, and adjacent to Al Maktoum International Airport. Beyond its aviation focus, the district will also offer zones for sectors such as hospitality, education, research and development, and mixed-used development.

DWC is a 145-sq-km purpose-built aerotropolis with the Al Maktoum International Airport as its core. It has been designed as a self-sustaining economic zone to support a multitude of activities. It has eight districts comprising logistics, aviation, residential, commercial, humanitarian, exhibition, golf and the airport itself.

The three-day MEBA, which is being held at DWC and has attracted 420 exhibitors, runs until tomorrow. 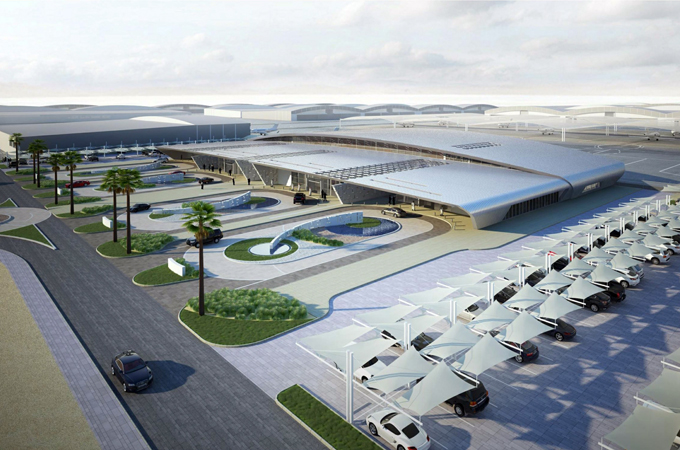 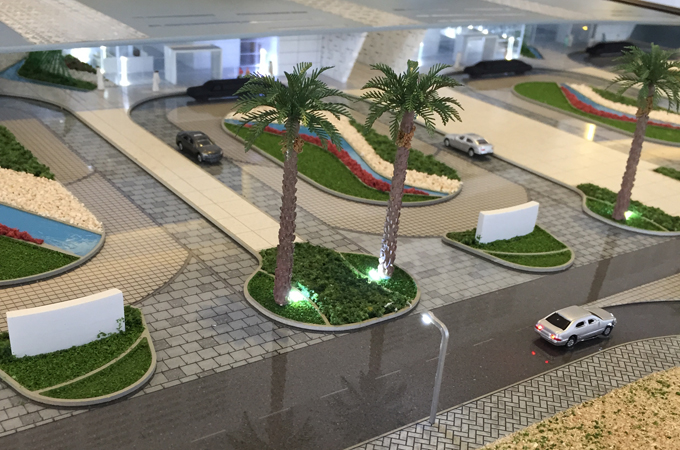