Rockwell Collins of the US is showcasing its new flight information solutions and cabin systems at the Middle East Business Aviation (MEBA) show, which is currently under way in Dubai, UAE.

ARINCDirect is a suite of flight support services for business aviation that consolidates and integrates the company’s former Ascend flight information solutions to provide one solution for flight planning, regional and international trip support, cabin connectivity and flight operations management.

ARINCDirect services include:
• A tankering feature available through a customer portal which helps business aviation operators better manage fuel costs;
• An integrated weight and balance/performance feature in an iPad app that provides pilots the ability to make accurate computations with or without an internet connection;
• Extensions of Rockwell Collins’ flight operating system (FOS) featuring new levels of integration between the ARINCDirect application and the flight scheduling and operations management software;
• The latest connectivity capabilities to help keep the cabin and crew connected in-flight.

Rockwell is also highlighting its Venue high-definition cabin management and entertainment system, which has been installed on more than 450 aircraft.

Venue’s flexibility allows for integration of other cabin systems, including its Airshow Moving Map system and its Apple-enabling Skybox solution.

Airshow delivers real-time flight information for passengers during their journeys, both on cabin-mounted and personal devices. Skybox, as well as Venue’s audio/video on-demand (AVOD) function, allows passengers to stream content throughout the cabin.

Venue is designed with the future in mind, says Rockwell Systems, pointing out that its open architecture allows for easy upgrades.

The company recently announced a new satellite reception technology for its Tailwind 550 system for large VIP aircraft which is said to provide 25 per cent greater programming coverage for all supported regions.

It is also said to improve reliability when traveling between regions where satellite coverage may be weak, and while flying in hot and humid areas.

As many as 420 exhibitors are taking part in the 2014 edition, which runs from today until December 10.

Rockwell Collins can be found at booth 625. 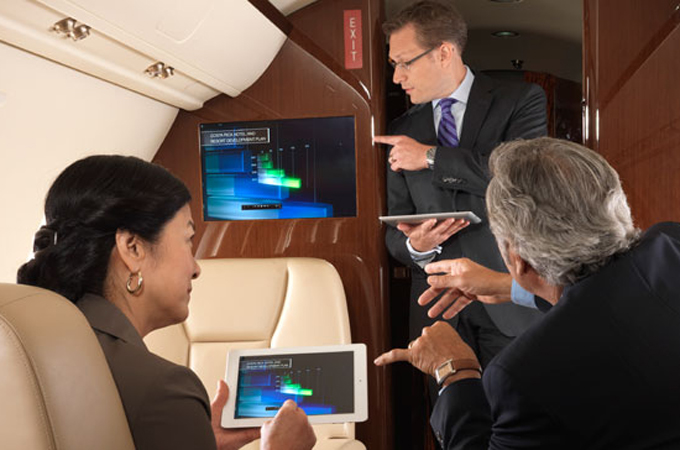 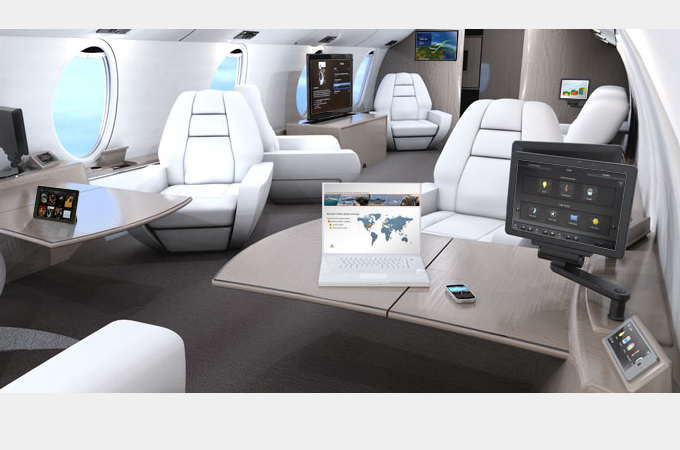