Lufthansa Technik is set to hand over a Boeing 747SP that’s being used as an airborne observatory after giving it a major overhaul.

The German MRO and VIP completions specialist revealed the news as the three-day Middle East Business Aviation (MEBA) show got under way in Dubai, UAE.

The Stratospheric Observatory for Infrared Astronomy (Sofia) jet is operated jointly by the US's National Aeronautics and Space Administration (Nasa) and the German Aerospace Centre (DLR).

Over the past months Lufthansa Technik says it has performed a major overhaul of the aircraft, which includes a reflective telescope with a diameter of 2.5 m.

Lufthansa Technik is one of the most experience maintenance specialists for these jets, with only a handful 747SPs worldwide still in service.

The 747SP is a modified version of the 747 “jumbo” jet, which was designed for ultra-long-range flights. The SP stands for ‘Special Performance’.

In parallel, Lufthansa Technik is currently completing two Head-of-State 747-8 aircraft and is in talks for completions with further 747-8 customers.

The finalisation of the two 747-8 completion projects will be the latest milestone in Lufthansa Technik’s vast and long experience in technical services for the 747 family and will increase its completions tally on these jets to 19.

Lufthansa started the first interior completion of a Boeing 747, a 747SP model, on the request of a Middle East government customer, in the mid-eighties.

Since then, Lufthansa has completed 17 Head-of-State 747 jets including the 747SP, 747-300 and 747-400 and has additionally performed a large number of major modifications or refurbishments on the jumbo family.

Beside its expertise as a single-source completion centre, with a total of around 100 interior cabin completions and conversions of narrow and wide body aircraft, Lufthansa Technik has also been able to gather comprehensive know-how in all areas of maintenance, repair and overhaul services for the 747.

Lufthansa airline has been operating different models of the Boeing 747 for more than 40 years, starting with the 747-100 in 1970 up to the newest model, the 747-8. Over the period Lufthansa Technik has maintained the German airline’s aircraft as well as an increasing number of external customer aircraft and even worked closely with Boeing to improve the various models of the 747.

Currently, Lufthansa Technik has more than seventy 747s under exclusive service contracts and is one of the most experienced maintenance providers for the jets.

Lufthansa Technik recently launched an aircraft production inspection programme (APIP) for extended version of the jumbo jet, known as the 747-8.

It offers this independent production inspection to VIP customers, airlines and leasing companies.

Lufthansa Technik can be found at booth 500 at the show. 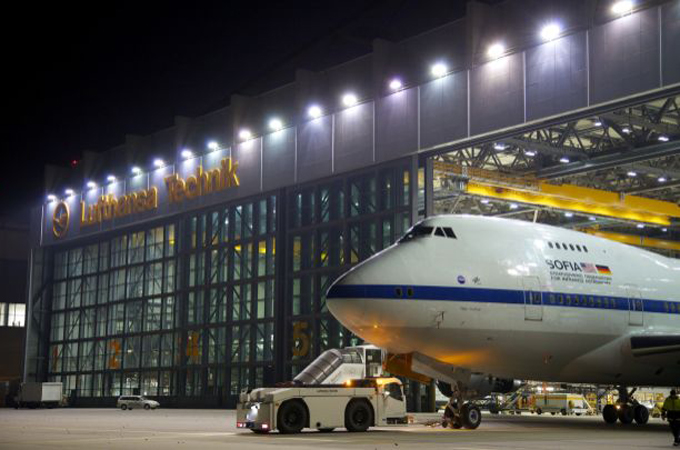