The latest collection of boutique homes to be unveiled at St Edward’s sought-after address Kensington Row have be launched at the Kensington Row Sales and Marketing Suite.

Mowbray House comprises just 11 bespoke, two and four bedroom apartments, five of which are duplexes, alongside a spectacular four bedroom penthouse and are the most stunning to be released at the scheme.

Located in a 200-ft tower reaching 16 storeys high it is the second of its height to be built in the area in 30 years after Edward House at 375 Kensington High Street also by St Edward. Homes at Mowbray House epitomise luxury living offering stylish and spacious interiors crowned by floor to ceiling windows with many homes boasting dramatic 360 degree views across the London skyline.

Mowbray House is located at the heart of the development making it the ultimate centrepiece for the scheme surrounded by acres of green space. This is a key element of Kensington Row which offers a stunning public linear park spanning the length of 320 m, more than three times the length of a typical football pitch. The linear park and layout of the development has been designed to bring the community together, both for residents within and for the wider area by offering much needed space to relax, entertain and come together.

Homes at Mowbray House will share the same quality and grandeur found at Thomas Earle House and its sister scheme 375 Kensington High Street, however, its great height and unique glass and stone exterior has helped to characterise its interiors.

Designed to epitomise luxury living, the interiors of Mowbray House have been created by specialist interior designers, Goddard Littlefair. They were inspired by the unique configuration of the apartments, each of which covers one or two floors of the building.

The resulting aesthetic is one that boasts sophisticated design and sleek finishing that enriches the space and maximises the exceptional light and panoramic views offered by the floor to ceiling windows.

Martin Goddard, Director and Co-Founder, Goddard Littlefair said: “The interior design at Mowbray House has been influenced by leading five star hotels around the world and is quite unique because what we were really designing was a series of penthouses. It has individual lift lobbies per apartment and a 360 degree view, so you’re very much an owner of your own level. Every apartment has that penthouse edge.

Homes at Mowbray House have been exquisitely designed to maximise the location and architecture of the building. Each of the eight duplex apartments features a striking cantilevered staircase, maximising the views and creating a focal point in the grand entrance hallway.

Separate kitchens are individually designed to maximise space, perfectly blending form with function, each include composite stone details, bespoke joinery and Kuppersbusch appliances. The living and dining spaces are open plan, perfectly considered to make the most of the views.

Residents will have an excellent range of leisure facilities on their doorstep, including a private swimming and vitality pool and treatment rooms. Buyers will also have access to a state-of-the-art gymnasium, private cinema and a 24 hour Harrods Estates concierge service attending to residents’ every need.

Paul Vallone, Executive Chairman of St Edward, commented: “The homes at Mowbray House are some of those most spectacular available at Kensington Row and a unique proposition. With only eleven available, this exclusive collection is rare opportunity to live in an architecturally distinctive home, many with unrivalled views across the London skyline.

“Residents of Mowbray House will be able to surround themselves with panoramic views within the home, but also have exclusive use of the world class on-site facilities including swimming pool, spa and private cinema, whilst being just moments from the heart of Kensington.”

Defined by its Royal roots, Kensington is typified by its grand stucco-fronted homes, traditional garden squares, wealth of boutiques and thriving London fine arts scene, all contributing to the popularity of the area and it being named as one of the top ten boroughs to invest in, making residential space here a premium.

The development is ideally located for international travel and is served by both superb rail and air connections. High Street Kensington Underground station, a short distance from Mowbray House, is only three stops from Knightsbridge and five stops from Bond Street. In addition, there are convenient transport links to Heathrow, Gatwick, City Airport and St Pancras International station which provides Eurostar services to mainland Europe. 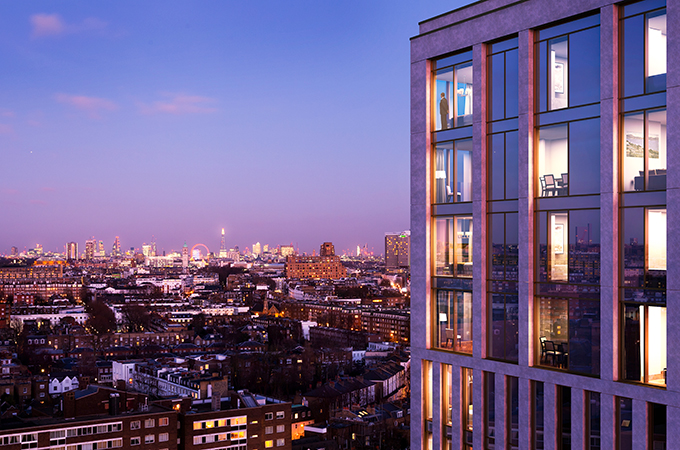 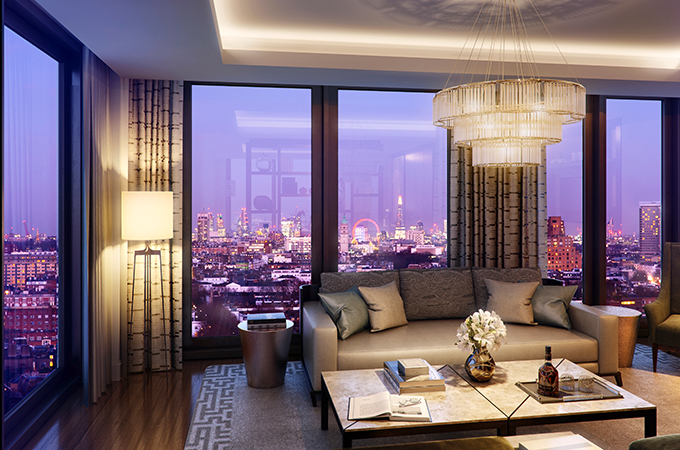 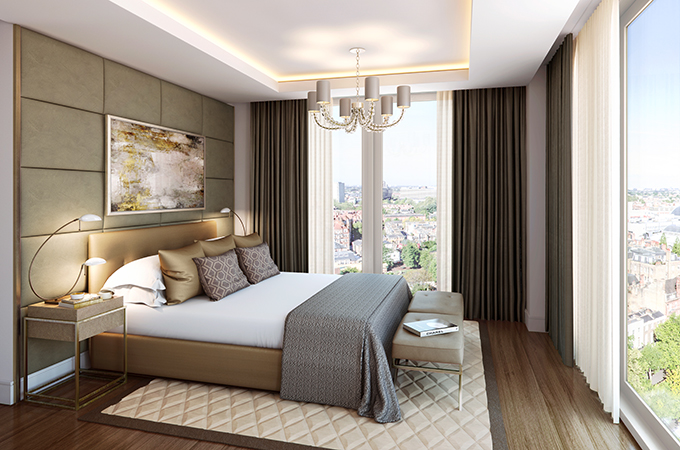 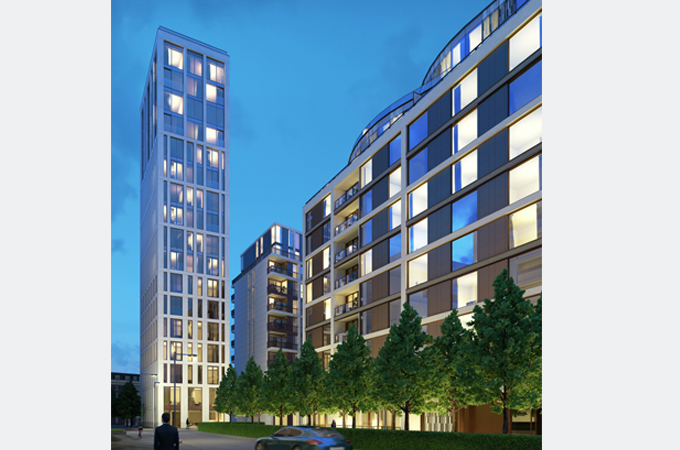