As many as 420 exhibitors are to take part in the 2014 edition of the Middle East Business Aviation (MEBA) show, which opens its doors in Dubai, UAE, tomorrow.

Held every two years and now in its sixth edition, the 2014 event is set to surpass previous years, with significant increase in the number of exhibitors and visitors expected.

Visitors to the three-day show can expect to network with key players in business aviation from around the globe, with the 420 exhibitors hailing from the US, Europe and Asia, and a large representation of local and regional companies also attending.

“With exhibitors coming from all corners of the globe, MEBA really is demonstrating its position as the place to explore opportunities in business aviation for new and existing users”, says Ali Al Naqbi, Founding Chairman of the Middle East and North Africa Business Aviation Association (MEBAA).

He continues: “With Dubai being strategically located at less than an eight hour flight from two thirds of the world, the show really is the place to meet and network with the world’s leading business aviation companies and view the multitude of available aircraft and leasing options.”

Organised by F&E Aerospace on behalf of MEBAA, MEBA will occupy 75,000 sq m including 26 chalets and a static display expecting up to 50 business aircraft.

Among the aircraft on display will be an Airbus Corporate Jet ACJ391, a Boeing Business Jet 737-300 as well as aircraft from Bombardier, Gulfstream and many others.

Al Naqbi adds: “Over the years MEBA has grown in line with the business aviation market in the Middle East, reflecting the potential of the industry to reach predicted heights of 1,200 registered aircraft, 175,000 movements and a total sector value of $1.3 billion by 2020. Visitors can look forward to sourcing business leads and developing relationships to be part of this growth.”

MEBAA is a non-profit association established in 2006 with the mission to provide a platform for members of the business aviation industry in the Mena region to gather, understand and communicate the needs and benefits of the industry.

Today, MEBAA represents over 225 companies within the Mena region and provides a number of products and services to its members, including the MAIS (MEBAA Aviation Insurance Scheme) insurance scheme for operators.

In addition to various networking events, MEBAA hosts the MEBA show, which ranks as the third largest business aviation show in the world.

MEBA will be held from December 8 to 10.

This event is the Middle East’s premier business aviation event and a must attend event for anyone involved in chartering, leasing, selling, purchasing, operating and servicing business and VIP jets.

Today, MEBAA members meet for an all-day pre-show conference at The Address Marina hotel in the city. 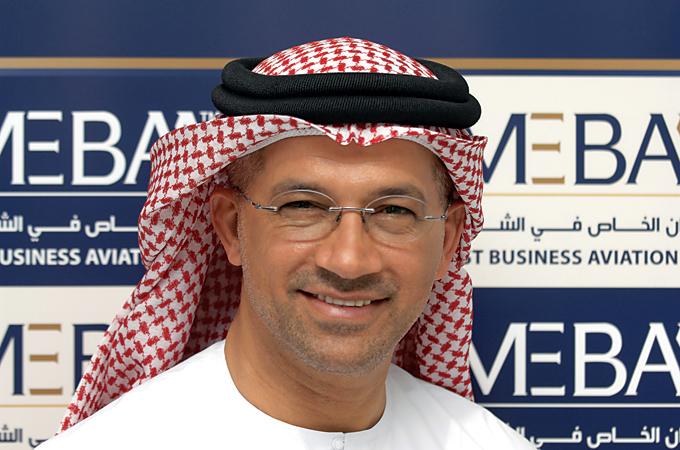