An upcoming Christie’s sale of magnificent jewels will feature more than 250 gems, including exceptional jewellery from private collections and a diamond and pearl necklace from a Parisian jeweller that is estimated to fetch up to $20 million.

The sale will take place on May 17 at the Four Seasons Hotel des Bergues in Geneva, Switzerland.

Exceptional diamonds and gemstones will lead the sale, along with important private properties such as the Cartier and Art Déco collection assembled by Éric Nussbaum, one of Cartier’s most eminent experts.

A particular focus has been set on Italian jewellery design from the 1900’s to the present day in the dedicated Dolce Vita section.

The sale will be led by La Légende, a fabulous 92-carat diamond pendant from Boehmer et Bassenge, a high-end jewellery maison that was launched last year and named after Charles Boehmer and Paul Bassenge, Parisian jewellers of the 18th century.

Working exclusively with a handful of large, D colour, Flawless clarity diamonds, Boehmer et Bassenge creates exceptional jewels in honour of the craftsmanship of their eponym. With an uncompromising attitude to quality, just a few creations are produced each year. Having sold Boehmer et Bassenge’s first unique jewels over the course of 2016, Christie’s is pleased to present two further examples this spring in Geneva.

La Vie Bohème is a pair of chandelier ear pendants, each with an asymmetrical pink diamond bow, a pear-shaped diamond connecting link, suspending a marquise-cut diamond weighing approximately 10.07 and 10.05 carats. Each stone is a D colour, Flawless clarity diamond, with perfectly symmetrical cuts. The estimate for this pair of ear pendants is $2-3 million.

Among the coloured stones on offer include a 15.03-carat oval-cut Burmese ruby and diamond ring, estimated at $10-15 million, a Kashmir sapphire weighing 14.88 carats and a 47.63 carat Burmese sapphire, formerly from the collection of Countess Paolozzi.

Diamonds in rare colours, such as a Fancy Deep Blue square-cut diamond weighing 4.05 carats and the 7.97-carat Fancy Intense Blue cushion-shaped diamond will be offered alongside a 6.07-carat Fancy Purple pink diamond ring by David Morris.

In June 2004 Christie’s offered The Doris Duke Collection which totalled just under $12 million. The diamond and platinum necklace was purchased at Cartier New York in 1937 for $65,000. Only the mounting was auctioned in 2004 as Doris Duke had all of the larger diamonds in this important necklace removed. Interestingly, just the mounting achieved almost as much at auction as the original purchase price of the necklace in 1937. The buyer subsequently spent years replacing all of the missing stones with age-appropriate diamonds, restoring the necklace to its former glory, which will be offered with an estimate of $3-5 million.

In December 2011 Christie’s offered the collection of Elizabeth Taylor, and the ruby and diamond earrings as well as the matching bracelet, both by Cartier, were part of the famous ruby parure gifted to Elizabeth Taylor in August 1957 by her then husband Mike Todd. These rare jewels will once again make an appearance on the auction block.

The famously reclusive Paris-based, New York-born jewellery designer JAR (Joel Arthur Rosenthal), has been called “the single greatest jeweler of our time”. JAR opened his studio in Paris in 1978 along with his partner Pierre Jeannet. Since then JAR has built up a cult-like following and in 2013 the Metropolitan Museum of Art staged a four month major exhibition. With a very limited yearly production it is almost impossible to acquire a JAR jewel at the store in Place Vendôme and when one does come up for sale at auction, international interest is guaranteed.

Éric Nussbaum was acknowledged as one of the most eminent Cartier experts and was the genius behind the establishment of the Cartier Collection, an archive for the legendary house. From 1983 onwards, Éric Nussbaum put together the artistic, historic and cultural heritage of Cartier from its roots in 1847. Today, the collection has assembled over 1,600 jewels and objects of heritage.

Concurrently, Nussbaum was building another important collection, one that was even closer to his heart. His private jewellery collection illuminates the man and his inner world. In a lifetime, Nussbaum had acquired a sizable and rather eclectic assortment: pearls, gemstones, delicate jewels, timepieces, bejewelled boxes, objects of vertu and a remarkable variety of cufflinks. All elegant works of art, meticulously crafted and uniquely beautiful.

The May 17 sale will begin with 32 lots of the Éric Nussbaum collection. Over 100 further lots from this collection will be offered in the next jewellery online-only auction taking place from June 14 to 21.

For the first time Christie’s Geneva dedicates an entire section of the Magnificent Jewels auction to Italian jewellers from the 1900s onwards. The Dolce Vita section showcases some of the best of Italian designs from Buccellati to Villa, a total of 40 jewels will be on offer.

The revival of interest in Italian jewellery of the 1960’s is very much due to the fashion trends of dripping embroidery, lace trim and printed extravagances of Italy’s prime fashion. This revival is led in the world of jewellery by Bulgari, Elizabeth Taylor’s favourite jewellery designer.

Perfect examples of this Bulgari style and love for fine stones are the two Burma gems: the rare cabochon ruby of 14.38 carats, set in a diamond Trombino ring estimated at$700,00-1 million, and the impressive 55.97-carat sugarloaf cabochon sapphire on a custom made ruby and emerald mount, estimated at $1.3-1.9 million 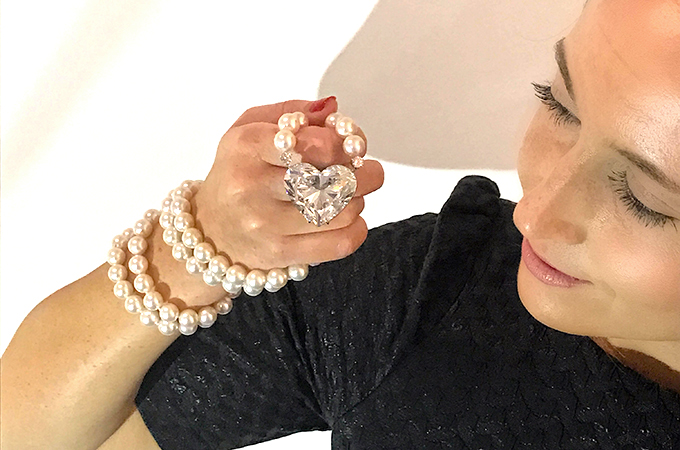 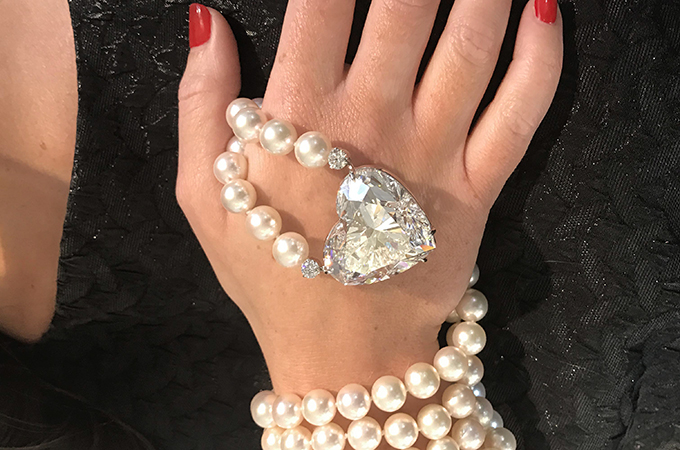 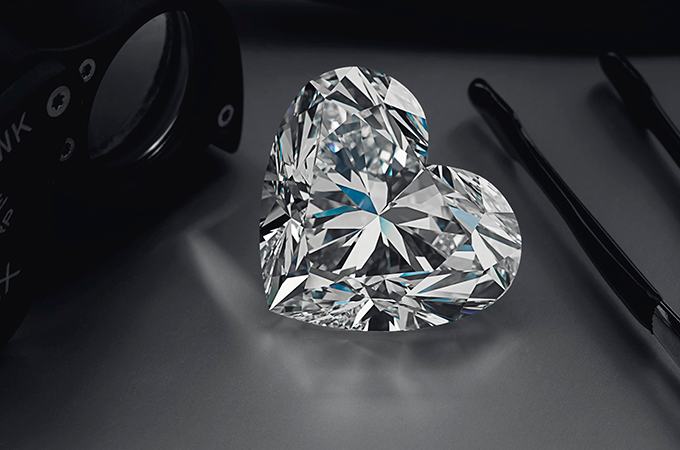 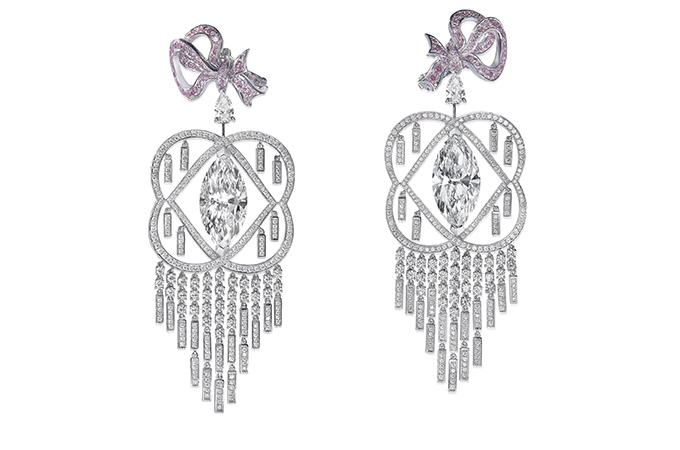 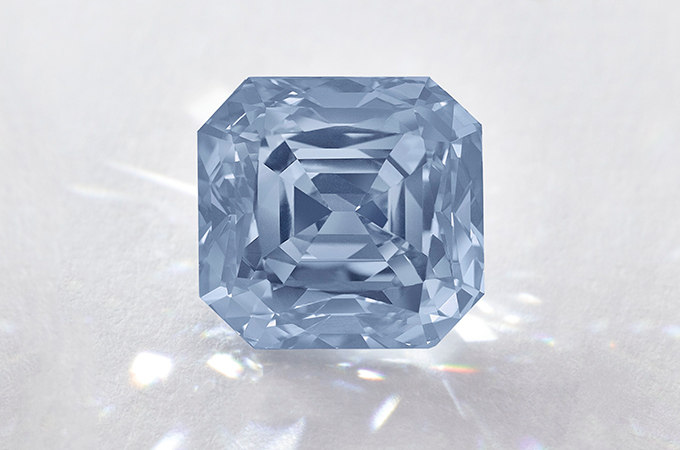