Dassault Aviation will showcase its expanded line-up of high-end business jets at the Middle East Business Aviation (MEBA) show to be held at Dubai World Central (DWC) in Dubai, UAE, from December 8 to 10.

The static display will include the fast-selling Falcon 7X and 900LX long range trijets and a full-scale mock-up of the new Falcon 5X ultra wide body twinjet, introduced last year.

The Falcon range of business jets is undergoing a major expansion, including the new Falcon 8X ultra long range trijet, unveiled last May, in addition to the Falcon 5X, which will enable the company to meet new customer demand with a full range of wide body business jets, from super midsize on up.

Both aircraft have been warmly received by operators in the Middle East, who place a high premium on spaciousness, range, operating flexibility and economics.

The region accounts for 20 per cent of worldwide sales for the 5,200-nautical mile (nm) Falcon 5X, which can whisk passengers nonstop from Dubai to Cape Town (South Africa) or from Riyadh (Saudi Arabia) to Tokyo (Japan).

Due to roll out on December 17 and to take flight in the first quarter of next year, the 8X can fly from Jeddah (Saudi Arabia) to Boston (US, New York (US) to Dubai or from Geneva (Switzerland) to Rio (Brazil).

Dassault’s best-selling business jet in the Middle East is still the 5,950-nm Falcon 7X, which accounts for half of all Falcon sales in the region over the last five years. The 7X which recently passed the 250-aircraft production mark is the company’s fastest-ever selling business jet.

This year, the 7X set a new speed record between Teterboro, New Jersey and London City Airport and will shortly be the first business jet approved for operation at Daocheng, China, the world’s highest commercial airport.

Over a quarter of all Falcons sold in the region consist of the long running Falcon 2000 model. The first of the new Falcon 2000S entry-level twin-engine jets in the Middle East was delivered to a Saudi Arabian customer last October. The 3,350-nm 2000S, certificated in 2013, combines wide body cabin comfort, competitive operating economics and flexibility, at a price close to that of a super midsize jet.

Dassault’s regional network is backed by a global web of support services, including a newly introduced Falcon Airborne Service that will provide passengers with alternative transportation options in the event of an AOG (aircraft on ground).

Falcon Airborne Service support for Middle East customers will be made available through a dedicated Falcon 900 aircraft based at Paris Le Bourget, France.

Dassault Aviation is a leading aerospace company with a presence in over 80 countries across five continents. 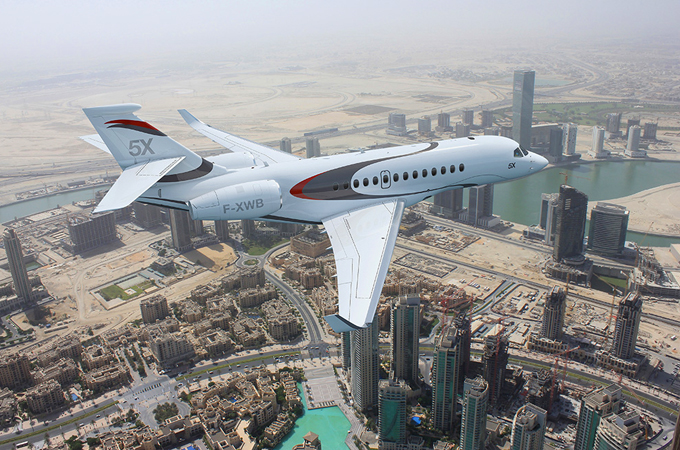 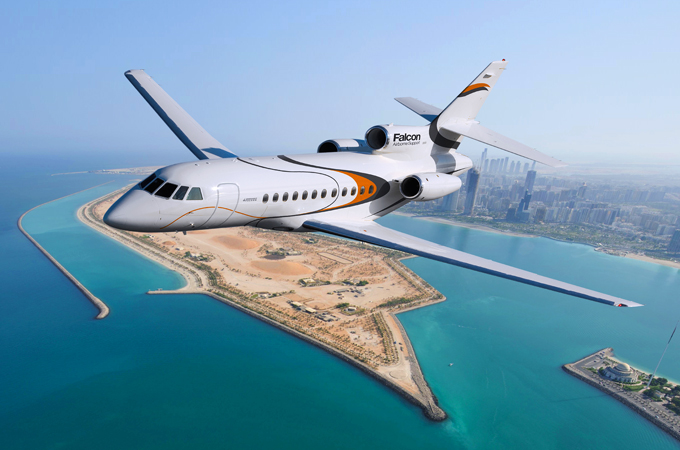