An exquisite apartment in Venice featuring murals by a famous 18th century Italian painter has gone on the market.

The apartment, in Palazzetto da Lezze, is located in one Venice's most prestigious residential districts, San Marco, on the city’s second largest campo, Campo Santo Stefano, and dates from the 15th century.

This unique and exquisite apartment is available for sale exclusively through Venice Sotheby’s International Realty.

The apartment is highly decorative and houses several murals in its grand reception rooms, painted by Perotti, whose works can also be found in a number of museums and art galleries including The Louvre in Paris.

Perotti was born in Verona in 1712 and was a pupil of Antonio Balestra.  He married fellow artist Angelica le Gru (a pupil of the famous Italian artist Rosalba Carriera), who hailed from a family of painters, and together they moved to London in 1768, both exhibiting works at The Royal Academy.  Angelica died in London in 1776, following which Perotti returned to Verona, taking up the post of Director of the Accademia Belle Arti de Verona in 1780 at the age of 68: retiring in 1786, seven years before his death in 1793, aged 81.

Perotti’s work in the palazzo is believed to have been conducted in the early part of his career, prior to moving to London, when he took commissions throughout northern Italy. Perotti was a pastellist, using appropriate hues and palette, and the murals in the apartment are excellent examples of his work, executed in scale and listed by the Belle Arti di Venezia.

The apartment’s discreet exterior conceals a richly decorated interior: entering directly from Campo Santo Stefano, on the ground floor, via a private entrance exclusively for the use of the property (porto sola), there is an immediate sense of being somewhere exceptional.

Rising from the ground floor, via a classic wide stone stairs to the second floor (Piano Secondo): the apartment occupies the entire second floor of the palazzetto, providing a wealth of space and revealing an enchanting galleried terrace: hidden from external view and offering unprecedented privacy.  The main reception rooms are located on this floor and provide excellent space in which to appreciate the works by Perotti.

In addition, further accommodation is provided on a ‘mansarda’ floor, with further bedrooms and bathrooms and access to a second terrace, or ‘altana’, located on the roof and affording a superb view across the Venetian skyline.  With six bedrooms, five bathrooms and large reception rooms, this is a home of grand and classic proportions.

The palazzo apartment is the perfect property for lovers of art, history and culture. It is located on one of Venice’s largest and most important campos, Campo Santo Stefano, also known as Campo Francesco Morosini, named for the Doge who lived there in the 17th century.

In the 18th century the campo was one of Venice’s main bull fighting arenas, however, this came to an abrupt end in 1802 when a seating stand collapsed, causing the deaths of many spectators.  For centuries the campo was grass except for a stone avenue called the liston.  It was so popular for strolling that in Venetian dialect "andare al liston" still means "to go for a walk".

In the 20th century the palazzo apartment was also home to the French Consulate, now located in Palazzo Morosini in Castello.

To the south of the Campo are the Conservatoria di Musica, Chiesa di San Salvador, Palazzo Cavalli-Franchetti and immediately beyond the Accademia Bridge, the Gallerie dell Accademia, with its rich and illustrious, world famous exhibits. To the north, and diagonally opposite the apartment, is the Church of Santo Stefano, which houses works by Pietro Lombardo, Tullio Lombardo, Tintoretto, Paolo Veneziano and Bartolomeo Vivarini.  While in the centre stands the statue of Niccolò Tommaseo (1802-1874), a monument to the noted Dalmatian scholar.

The property would benefit from some updating within the framework of this exquisite palazzo and remains a stunning and exceptional property.

The palazzo apartment is offered for sale at an asking price of €8.9 million ($9.5 million). 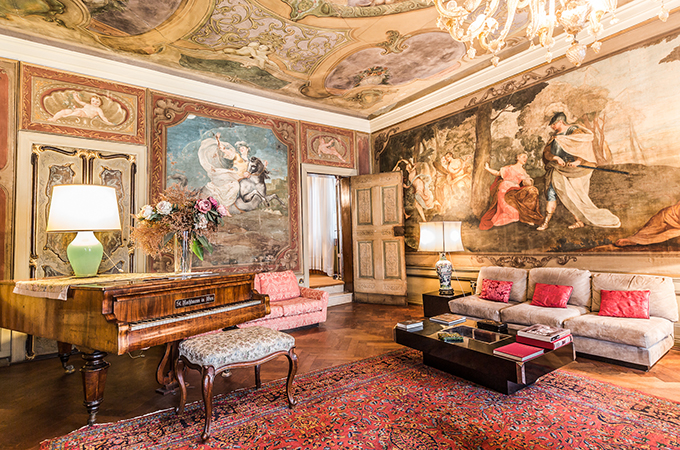 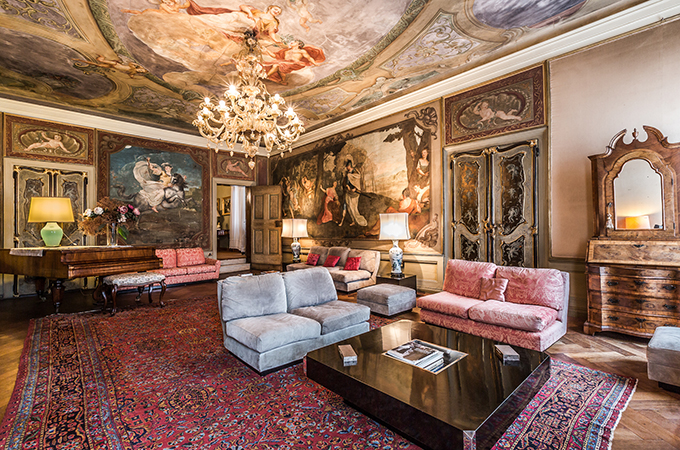 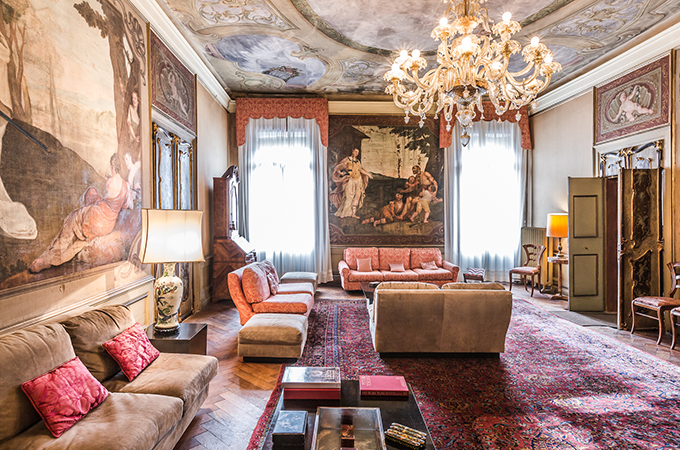 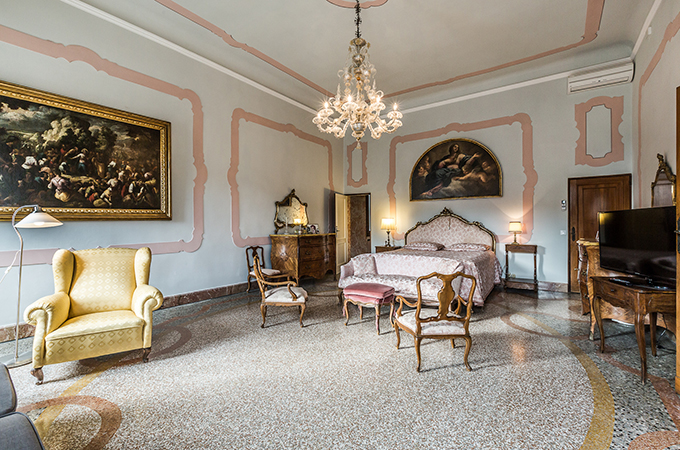 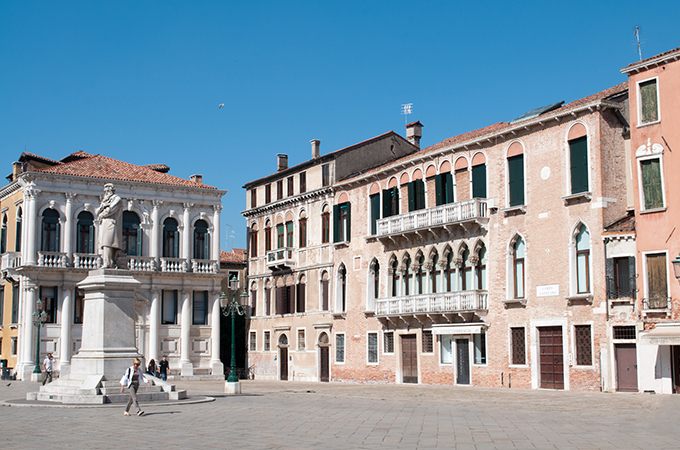 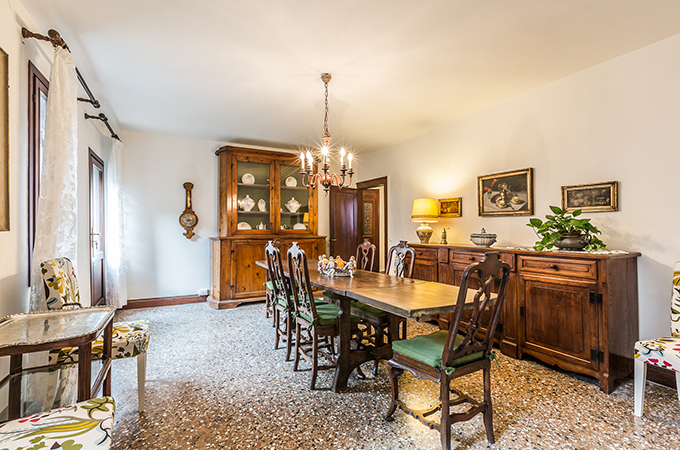 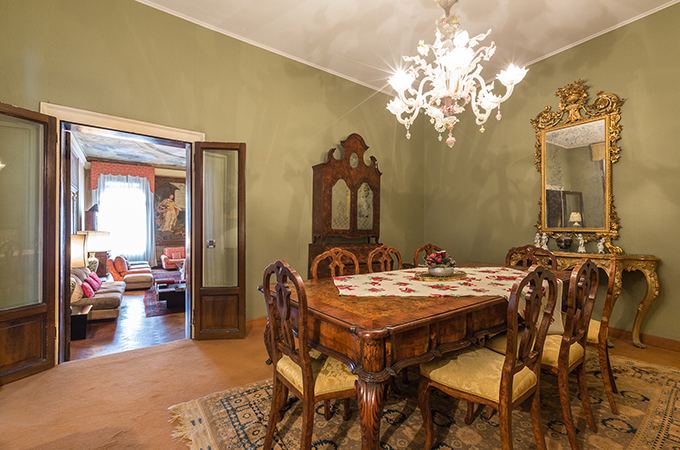 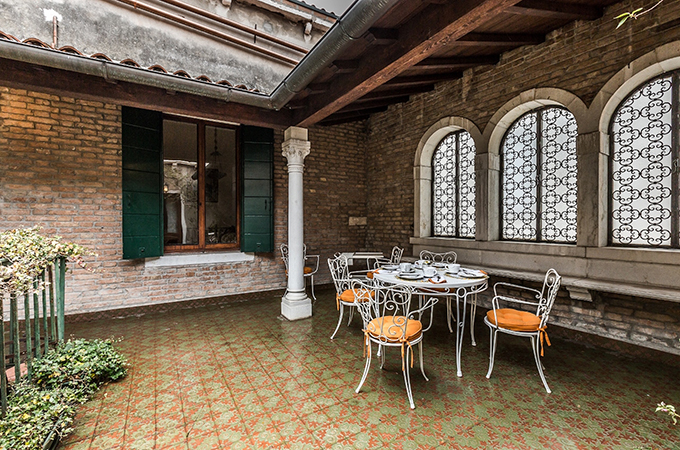 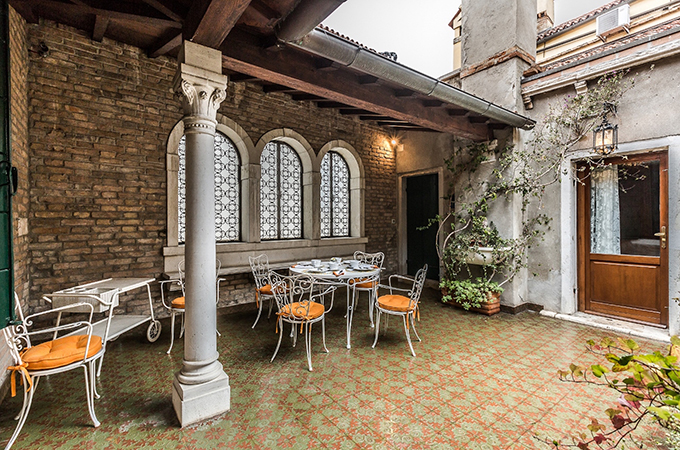 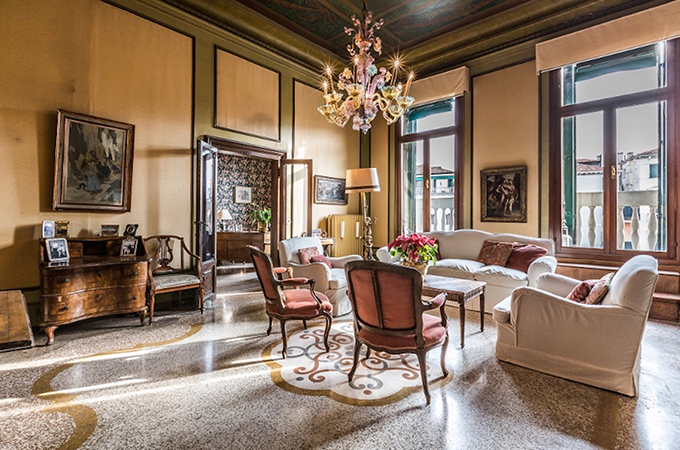