A new residential tower billed as the most luxurious in downtown Beirut is now welcoming its owners, following its completion after a delay of more than three years.

Built by the UAE developer Damac Properties at a cost of $300 million, the tower is located in the Lebanese capital’s upmarket central district developed and managed by Solidere.

Launched in 2110, the tower was originally scheduled for completion in late 2013.

“The completion of Damac Tower in Beirut is a major achievement for us. Not only does it mark our first project in Beirut, but it also represents a successful collaboration with one of the most renowned luxury brands that has brought the glamour and luxury of the Italian fashion house into interior design and home furnishings,” said Niall McLoughlin, Senior Vice President, Damac Properties.

“This bespoke project represents high-end luxury living and it was borne out of the demand for a top-end designer lifestyle to appeal to discerning clientele who seek detail. With the stunning interiors and spacious apartment units in such a sought-after location, we have raised the bar for exclusive homes in Beirut.”

The tower comprises studio units as well as one-, two-, three- and four-bedroom units, at prices starting from $700,000. The luxury units feature uniquely-designed terraces, spa bathrooms equipped with Jacuzzi, steam or sauna, as well as being smart home technology-enabled.

The tower is also complemented by a grand double height lobby, convenient facilities including a multi-level basement parking, 24-hour security and surveillance, as well as private storage spaces for residents. Common areas including the health and fitness facilities, the concierge reception and the main lobby will feature Versace Home products.

The luxury tower was designed by architect Erga Group while main contractor MAN Enterprise SAL and MEP contractor EM Tech, led the execution of the project. In recognition for its collaboration with Versace Home and exceptional design, Damac Tower took the Arabian Property Award in 2010 for “Best Interior Design”, as well as the ‘Best High-Rise Architecture’ award by International Property Awards the same year. 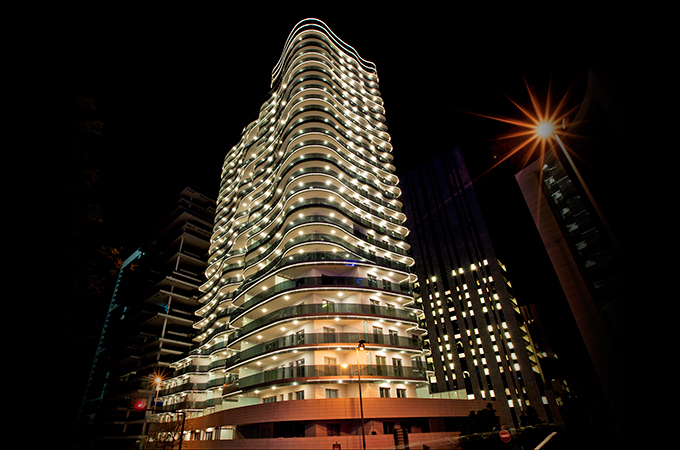 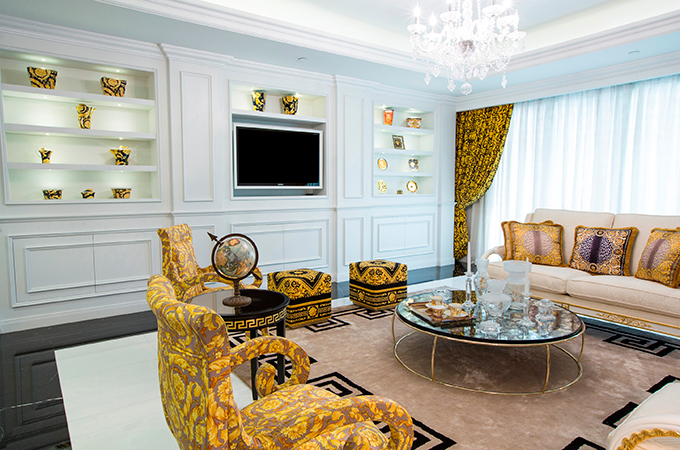