François Pinault, the owner of Christie’s parent Artemis, will assume the role of Chairman while Christie’s current CEO Patricia Barbizet has been appointed Vice Chairman.

All changes are effective January 2017.

Barbizet comments: “As we conclude a successful year, the time is right to adapt our structure and further enhance the tremendous work we have done to make the company more efficient, creative and collaborative. I believe Guillaume’s experience and deep knowledge of the art world will bring Christie’s one more step forward. Christie’s is a key asset for its shareholder.  Alongside Pinault, as CEO of Artemis, I will remain closely involved as we continue to expand Christie’s global reach and introduce more best-in-class services for today’s collectors.”

Cerutti said: “It is a great honour to take forward the company’s strategic initiatives and continue the successful work that have been implemented under Patricia’s tutorship. At year-end, Christie’s continues to lead the market globally, and is poised for continued success. I will rely on Christie’s exceptional talents to build and adapt the company for the future.”

Pinault said: “Two years ago I asked Patricia to take the helm of Christie’s and adapt the organisation to the new challenges of the art industry and market. During these two years, she has worked tirelessly on the key milestones we had established to capitalise upon Christie’s leadership. She has led the company to a point where it is appropriate to pass the baton to Guillaume Cerutti. It will now be for him to push this advantage even further. Patricia and I will provide Guillaume our continuous support so Christie’s can thrive for the greatest benefit of its clients, its specialist community, its employees and all art connoisseurs.”

Cerutti, a well-known and respected authority in the art world, currently is the President of Christie’s Europe, Middle East, Russia and India (EMERI) operations. He has been operating for over a decade as a senior executive in the art auction world and within the cultural industry for over twenty years.

Christie’s global executive leadership team remains in place with Stephen Brooks continuing in his role as Deputy Chief Executive Officer, overseeing all operational aspects of the business. Global President Jussi Pylkkänen continues in his role working directly with leading collectors, shaping the curation and sales strategies, to increase the global footprint of the firm. 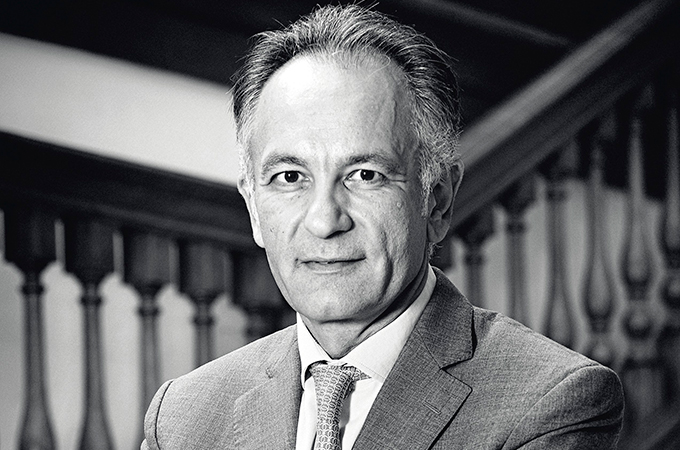