Interesting sculptural works from French-Tunisian street artist eL Seed are currently on display in Dubai, UAE, in what is his first solo exhibition in the Middle East.

Renowned for his loud and colourful, larger-than-life spray painting murals, eL Seed utilises traditional Arabic calligraphy and the art of graffiti to express his thoughts, opinions and ideals.

Primarily employing large surfaces as his canvas, eL Seed’s ‘calligraffiti’ style of illustration takes on a new form, moving away from the two-dimensional and interacting directly with the viewer through monumental three-dimensional sculptures. These works are being showcased in ‘Declaration’, his first solo event in the region, at the Tashkeel art centre in the city.

Developed over the course of his residency at Tashkeel and presented in collaboration with the Salama bint Hamdan Al Nahyan Foundation, el Seed took his inspiration from a poem by Nizar Qabbani.

The poet describes the beauty of his lover despite her age and eL Seed uses this poem as the basis of his work, publicly declaring his love for the ancient art of calligraphy.

Using large-scale sculptures that weave through the walls and floors, spilling beyond the confines of the gallery, each stroke of a letter and word seeks to build an affinity with the spectator and invites them to be part of the conversation – a conversation between the poem, the language, the form and eL Seed.

By introducing these works into a new medium, eL Seed pays homage to his earlier pieces, artistically articulating his process of reinvention.

“These new works are an approach to have the viewer more involved with the piece, and move away from being a spectator.  Jean Cocteau said ‘There is no love. There are only proofs of love’ and bringing my art into 3D was a way to allow it to materialise,” says eL Seed. “The work is still tied to my instinctive visual language, but by releasing the letter forms I've discovered new territories for expression that celebrate and elaborate my deep respect and love for this art.”

eL Seed has in the past sourced global events and structures of culture and faith as his main focus, bringing them together under a graffiti of unity. Applying the tool of his trade, he presents his work as building bridges through art, not signifying a certain religion or ideal, but creating a visual of unity, one that covers urban, suburban environments, including the cracked surfaces and different textures – all which add to the result of the piece, and constant search for something new.

“As a great supporter and enthusiast of eL Seed’s work, Tashkeel is pleased to present his first solo exhibition in the region, not only showcasing his evolution as an artist, but the visual development from his earlier works and experience from our Residency Programme, working on-site at the studios and immersing himself within the cultural fabric of the city. Although new, these works continue to carry the signature elements that have procured eL Seed his standing within the international art world,” says Anabelle de Gersigny, Tashkeel Strategy and Partnership Development Manager.

eL Seed’s exhibition, which opened on November 20, runs until December 27.

Tashkeel’s next exhibition is entitled A Model Studio and will run from January 8 to February 14, 2015. 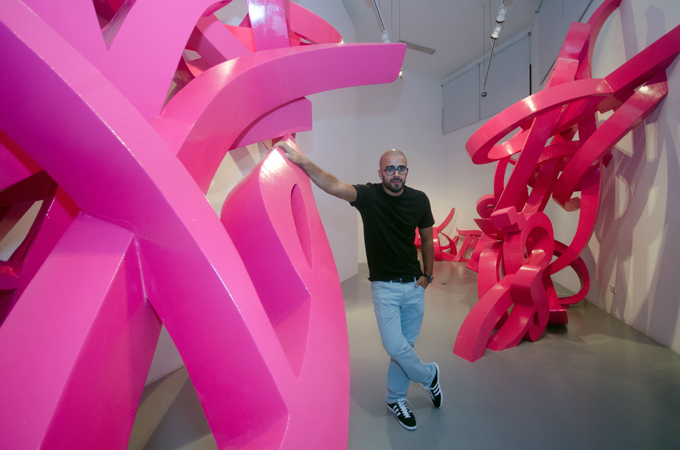 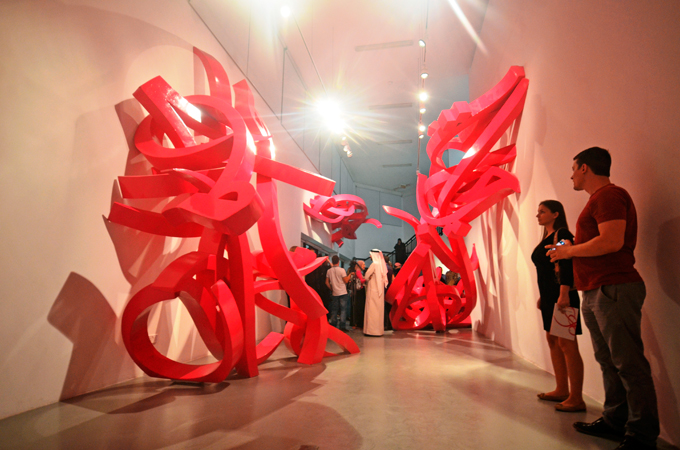 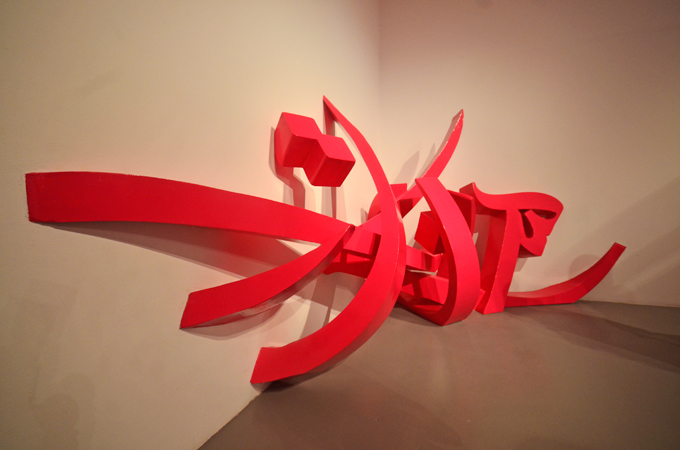 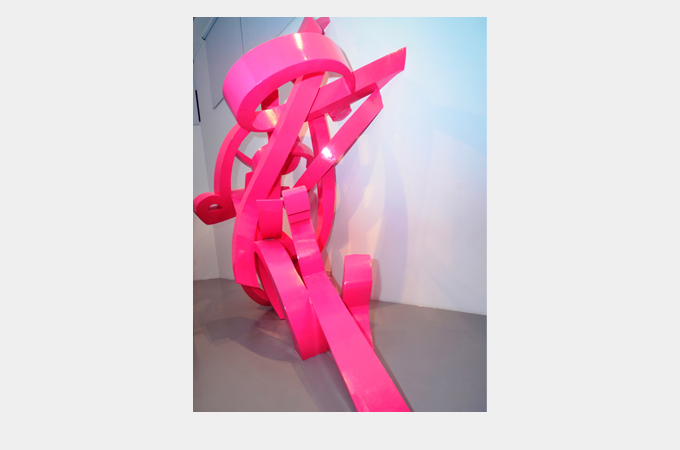