Il Ponte Casa d'Aste is poised to hold a sale of modern and contemporary art featuring more than 300 works by Italian and international artists from Italian and foreign private collections, on December 6 in Milan, Italy.

The offering is very rich and diversified, including both artists with well-consolidated markets and masters of particular historical movements who represent important potential investment opportunities.

The works cover a time span ranging from Italian figurative art of the first years of the 20th century to Futurism, Abstract and Italian and international Informalism of the post-World War II years, Italian Surrealism and Pop Art, Land Art and Gruppo Zero, and concluding with national and international conceptual and kinetic art.

Exceptionally noteworthy is a collection dedicated to Futurism, with works by Depero, Fillia, D'Anna, Sironi, Ciacelli, Crali, Delle Site, Benedetto, Baldessari and Boccioni, including 5 works on paper by the latter, done between 1910 and 1911, from the celebrated Winston Malbin collection.

Spotlights will be focused on the collection of works by Bruno Munari, featuring a cluster of historically important pieces. Among the standouts are the large "Scultura pieghevole rossa” [Foldable Red Sculpture], in varnished sheet metal, dated 1951, "Macchina inutile" [Useless machine] from 1956 and a study for the "Negativi positivi" [Positive negatives], also from 1951.

As usual Italian Pop Art is front and center, represented by an important group of works by Angeli, Mambor, Mesciulan, Pasotti, Sarri, Baj, Spadari and Schifano, among whose pieces offered is the enameled “Esso”. There is also Tano Festa, with a historic "Finestra" [Window] from  1969,  and Mimmo Rotella, with a 1963 décollage dedicated to the celebrated French film director Alain Resnais.

Finally, a work by Giuseppe Uncini, "Struttura Spazio – Ambiente" [Space- Room Structure], dated 1966, the year in which the sculptor’s iron pieces were exhibited at the XXXIII Venice Biennial.

International Surrealism is represented by three great artists: Roberto Matta, with two works, one of them a very important piece from 1951; Wifredo Lam, with a work on paper dated 1958; Max Ernst with a precious oil painting from 1924, which was exhibited at the Galerie Denis René in Paris in 1945.

Italian avant-garde masters of the post-World War II years are represented by the standouts Pistoletto, Boetti, Savelli and Baruchello, whose works include an exceptional display case dated 1979.Informalist Art occupies a place of honor in the catalogue, featuring many of the movement’s foremost exponents, among whom Poliakoff, Afro, Bionda, Santomaso, Mathieu, Hartung, Shimamoto, Chighine, Tancredi, Scanavino, De Kermadec, Crippa, Schneider, Jenkins and Bluhm, present with “Black #2”, an important canvas from 1958.

The collections of works dedicated to Conceptual Art, Land Art, Body Art and visual poetry are also of considerable standing. Among the most interesting are: “Assioma" [Axiom] by Vincenzo Agnetti, two particular works on canvas by Emilio Isgrò and a group of nine pieces by Vincenzo Accame. There are also two studies for projects by Christo: "Surrounded Islands (Project for Biscayne Bay, Greater Miami, Florida)" from 1982, and "The Pont Neuf, Wrapped (Project for Paris) Quai du Louvre, Ile de la Cité, Quai de Conti,” dated 1985.

Analytic painting, the Gruppo Enne, Kinetic art, Optical art and works by artists who focused on the  relationship between light and surface, form and color and space and volume are present in the catalogue as well, represented by significant works, including pieces by  Olivieri,  Vago,  Guarneri, Aricò, Griffa and Battaglia, with his historic canvas “Visionario (sette)” [Visionary (seven)], from 1968. Also included in the auction are works by Scheggi, Simeti, Tornquist, Toni Costa, Campesan and Garcia Rossi.

The Gruppo Zero is represented by many of its historically most successful members: to name just a few, Enrico Castellani, with two extroflexed surfaces, and Agostino Bonalumi, with three canvases, including two pivotal works from the sixties, as well as Nanda Vigo, Von Graevenitz, Piene, Morellet and the large canvas entitled "Gürü MD", painted by Victor Vasarely in 1971.

Another of the top lots consists of two works by Fausto Melotti: the only brass sculpture, “Antiscultura” dated 1972, and an extraordinary, large table in enameled ceramic and iron, decorated with lively figures of animals and anthropomorphic characters. Created by the maestro in 1950 as part of the décor for the house of a Milanese lady, it is a rare and harmonious example of a  combination of  design and artwork.

Piero Manzoni is also present, with one of the undisputed icons of twentieth century avant-garde   art: "Merda d Artista” [Artist’s Shit], the provocative can dated 1961.

Afro is included in the auction with "Zona recinta” [Fenced-in area], from 1967, a work exhibited in the artist’s retrospective show held at Milan’s Palazzo Reale in 1992.

Giorgio De Chirico is also in the catalogue, with “Il grande Metafisico” [The Great Metaphysician], a rare and museum-quality bronze sculpture more than three meters high, from an important French collection.

Other high quality works can be admired in the catalogue, a varied and innovative collection that nevertheless pays homage to the greatest and most iconic names of the nineteen hundreds. 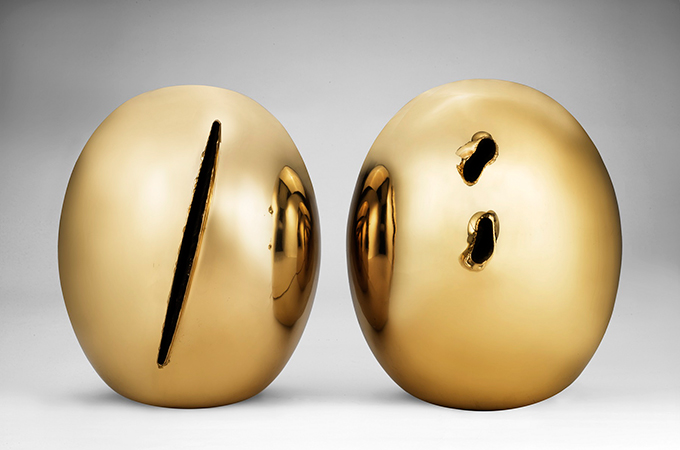