Etihad Airways' new first class suites have not yet taken to the skies but have already won a major award for their design.

The new suites are called ‘The Residence’ and ‘The Apartments’ and it was the latter that won the top award at the 2014 edition of the annual Society of British and International Design (SBID) Awards, held at the Dorchester Hotel in London, UK, last week.

Etihad Airways is installing one First Residence and nine First Apartments on each of the 10 Airbus A380s it has ordered, the first of which will enter service between Abu Dhabi and London Heathrow on December 27.

The design for the new cabins was entered under the category of Best Entertainment Space but took home the most coveted award of the evening, Overall Design Award 2014.

The event is considered to be one of the most prestigious on the international design calendar and recognises design excellence across a range of 15 different categories. The SBID Awards are voted for by industry experts and business leaders and are judged for both technical content and aesthetic creativity.

"We were briefed to design a First Class cabin based on Etihad's successful 'Inspired Service' and the extensive qualitative consumer research undertaken by Etihad - to bring the individuality and exclusivity of a luxury boutique hotel experience which also embraces Arabian modernism."

Peter Baumgartner, Chief Commercial Officer of Etihad Airways, commented: "I am thrilled that the work undertaken by Acumen for our stunning First Apartments has been recognised by the SBID. This accolade is testament to their world-class service, from the initial concept designs based on our extensive international customer co-creation workshops to the final delivery of this elegant cabin."

For the first time on a wide-body aircraft cabin, a single aisle configuration has been used in the upper deck First Class section, allowing the airline to install 'walk-in' living areas which include a Poltrona Frau armchair and separate 80.5-inch long bed, storage, a full length wardrobe, chilled mini-bar and a vanity unit.

At 39 sq ft, the First Apartment is 74 per cent larger in area than Etihad Airways' current First Class suites.

The more exclusive Residence is a three-room 125-sq-m suite with an en-suite bathroom and comes with a private butler service.

Other finalists for the awards included a selection of the world's leading hotels, interior design projects, residential spaces, restaurants and bars, and public spaces among others. 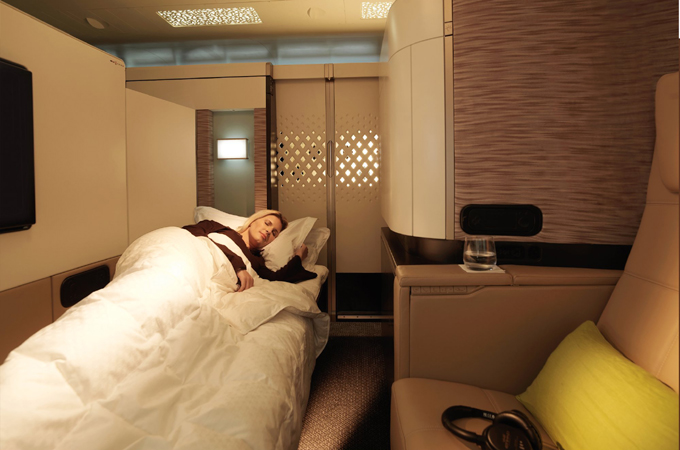 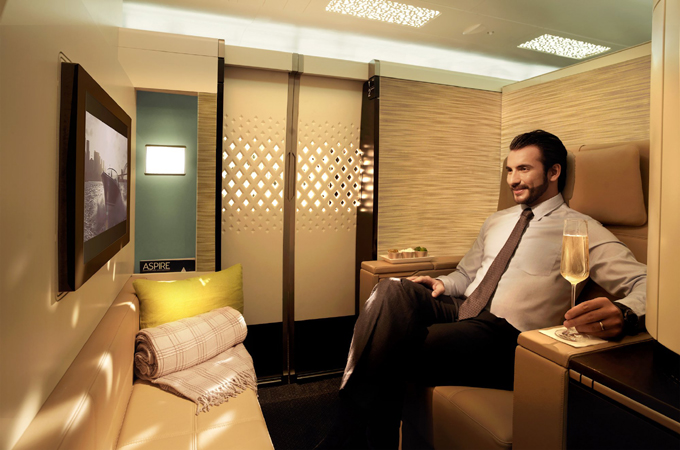