New auction trends were set, with great results for works on paper and 26 additional artist records.

Participation in all sale categories was truly international with buyers, as far away as Sweden and California, bidding on some of the same lots in the very successful autumn picture auction, the auction house said.

The Important Watches auction established their strongest result since 2013, when Christie’s started to hold stand-alone watch auctions. Across both sale seasons (March and October) Dubai’s sell-through rates showed strength and stability, reflecting a continued growing interest in the arts and fine and vintage watchmaking.

Commenting on the 10th auction anniversary in the region and the legacy of the company in its 250th year, Michael Jeha, Managing Director and Deputy Chairman, Christie’s Dubai, said: “As a rather young operation within the company, we have brought Christie’s international reputation to the region established a thriving, sustainable international art market in the Middle East. This autumn auction season has cemented Dubai as an essential part of the international auction circuit. The strategy and strength behind the curated auctions, alongside the quality of the 259 pieces offered, resonated with an even wider international audience.”

“Over the past 10 years in the Middle East, Christie’s has supported many charities in the region and helped to raise more than $25 million for charitable causes. We are delighted to have supported the work of two further charities, as part of our autumn sale season: Arjan Ala Charitable Trust, receiving a donation of $120,000 and $235,000 raised to benefit the Noor Dubai Foundation,” Jeha continued.

New artist records were set for Dia Al-Azzawi, showing at the moment at the Mathaf, Arab Museum for Modern Art in in Qatar; Ismail Al-Sheikhly; Shafic Abboud, by whom is the top lot of the recent Modern Art auction, Zoulikha Bouabdellah, Athier, Mohammed Kazem, Muhanna Durra and Abdul Qader Al-Rais, who created the two charity lots commissioned by Ahmed Seddiqi & Sons, the largest watch retailer in the region. Both lots realized $235,000 and will be benefitting Noor Dubai Foundation.

The Important Watches auction realized a total of $3.93 million, increasing the result from the March 2016 auction by 46 per cent.

Dubai was the only Christie’s saleroom to host the entire 40 Patek Philippe watches being part of the Nautilus 40 auction sections, which Dubai kicked-off with a stunning sale result of 100 per cent. Further Nautilus 40 sale sections will be held in Geneva (November 14), Hong Kong (November 28) and New York (December 6).

“We saw dynamic and enthusiastic bidding throughout the entire auction, which offered the highest percentage of vintage watches since Christie’s held stand-alone watch auctions in the region. The new auction trend for the region is “vintage is king” – or queen, since we see more and more lady collectors participating in the auctions. Now we are all anticipating the second edition of Dubai Watch Week to take place in mid-November,” said Remy Julia, Watch Specialist, Christie’s Dubai

The top lot of the auction was lot 136, a stunning stainless steel Rolex Chronograph wristwatch, with Panda Paul Newman dial, which sold for $199,500. 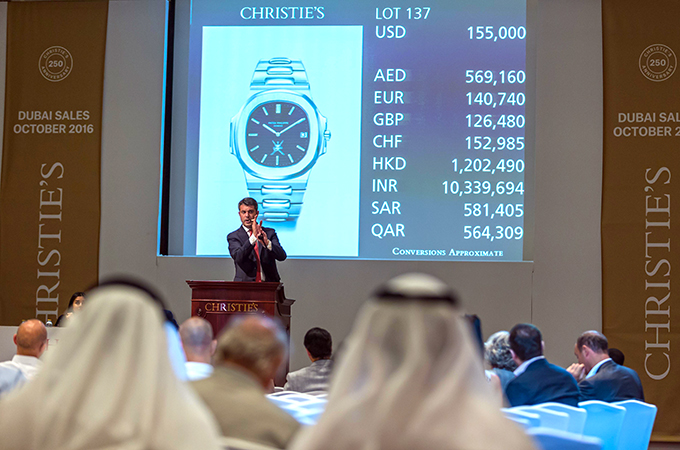 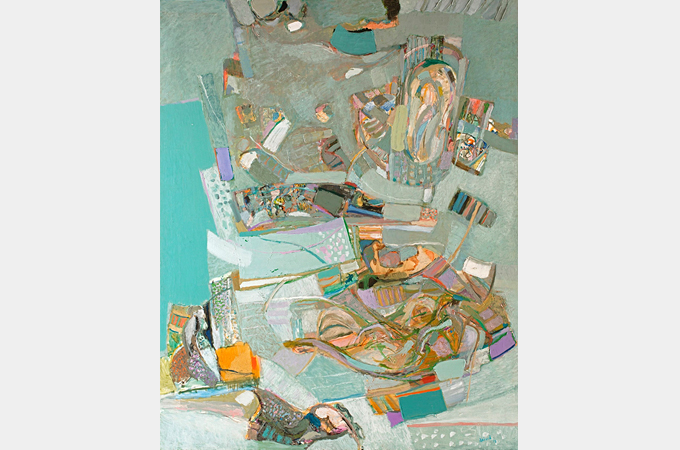